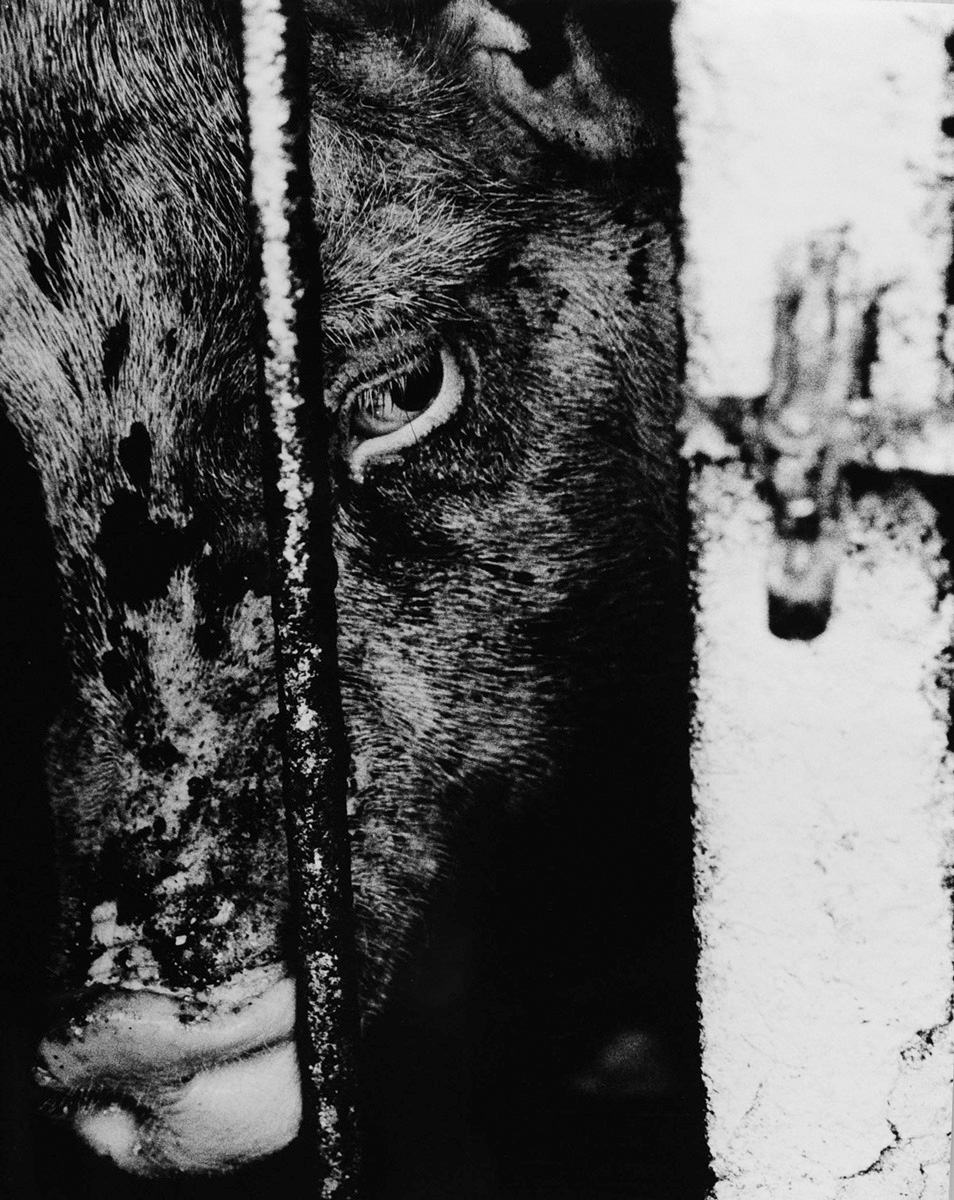 A piggery near my house is where 2 month old pigs spend the last four months of their lives. They are put into cages according to their size.

All of them are fed to a weight of 115-120 kilos before they are shipped. Pigs generally take care of each other, especially weaker ones, but there was one particular pig that was bitten by others in the cage.

In front of my house, there is also a cattle pen where Holstein cattles are injected with the sperm of Japanese cows 15 months after birth. They, in turn, give birth to mixed breed calves ten months later. My father and mother milk them when they become cows. The cows are impregnated again the same way two months after giving birth. This cycle repeats, and it is hoped that they produce calves 5 to 7 times in their lifetime. The average is three times.

When the cows produce less then 15 kilos of milk a day, they are no longer considered profitable and are sold to the abattoir for meat. If a calf is born male, it is worth double the sum of a female. Males become meat about a year into their lives because they grow up faster than females.

With my house between a cattle pen and piggery, I grew up with the calls of livestock and the smells of grain and dung. My parents worked at the pen everyday, and often faced injuries from the kicks of cows. Once during elementary school, my classmates came to visit my house as part of a school excursion. One of them said, “I feel sorry for them.” I was a little distressed to hear that because I felt the same way. I asked my friends “So, you don’t drink milk?” or “Don’t you eat meat?”, but that did not ease my mind. I have been thinking about this for a long time.

My parents love their cattle. When we had calves, we were so happy to brush them and feed them milk. We did not give them pet names though, and they have to be separated a month later. No crying, just separated. To become delicious meat, they have to be raised on different farms where life was less good. At the cattle pen in front of my house, they live and copulate freely. They live in wide, open spaces. The calves drink milk directly from their mother while snuggling up to her.

I feel a sense of guilt in eating their life. I feel sad for farm animals bred as commodity. Their situation is sad. They sacrifice much so my family can live. But I was born a daughter of a cattle farmer. My favorite food is Korean barbecue and beef intestines. I do not intend to become a vegetarian yet. I feel the paradox of the situation. I sense them by quietly standing without a word. The feelings of pain this paradox is causing me becomes more acute. The small stone is rolling inside of me.