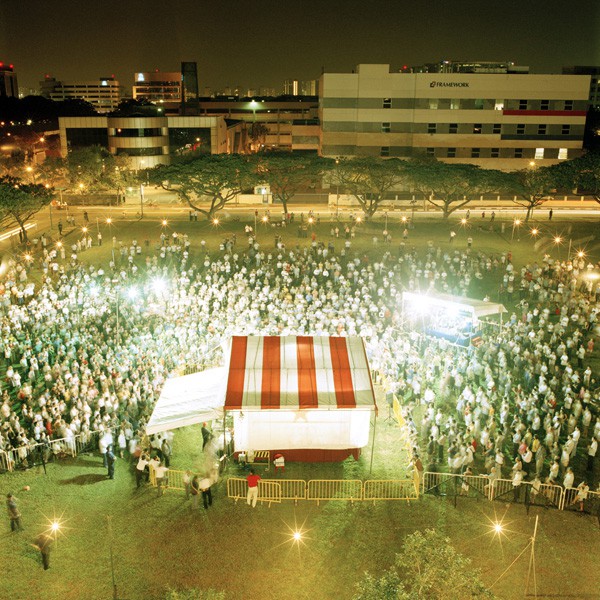 Because I am a landscape photographer, I tend to see every piece of news, every event, everything actually as a landscape.

However, I wanted to do it in a way no one had done before, so I chose to see the rallies from a pulled-back perspective at a more macro level.

Doing so revealed two things to me: firstly the rallies were now given a context, one could actually see where they were being held. Secondly, it showed how much the landscape was transformed in that short intense period of campaigning, where makeshift tents and stages were erected and then quickly removed after the fact.