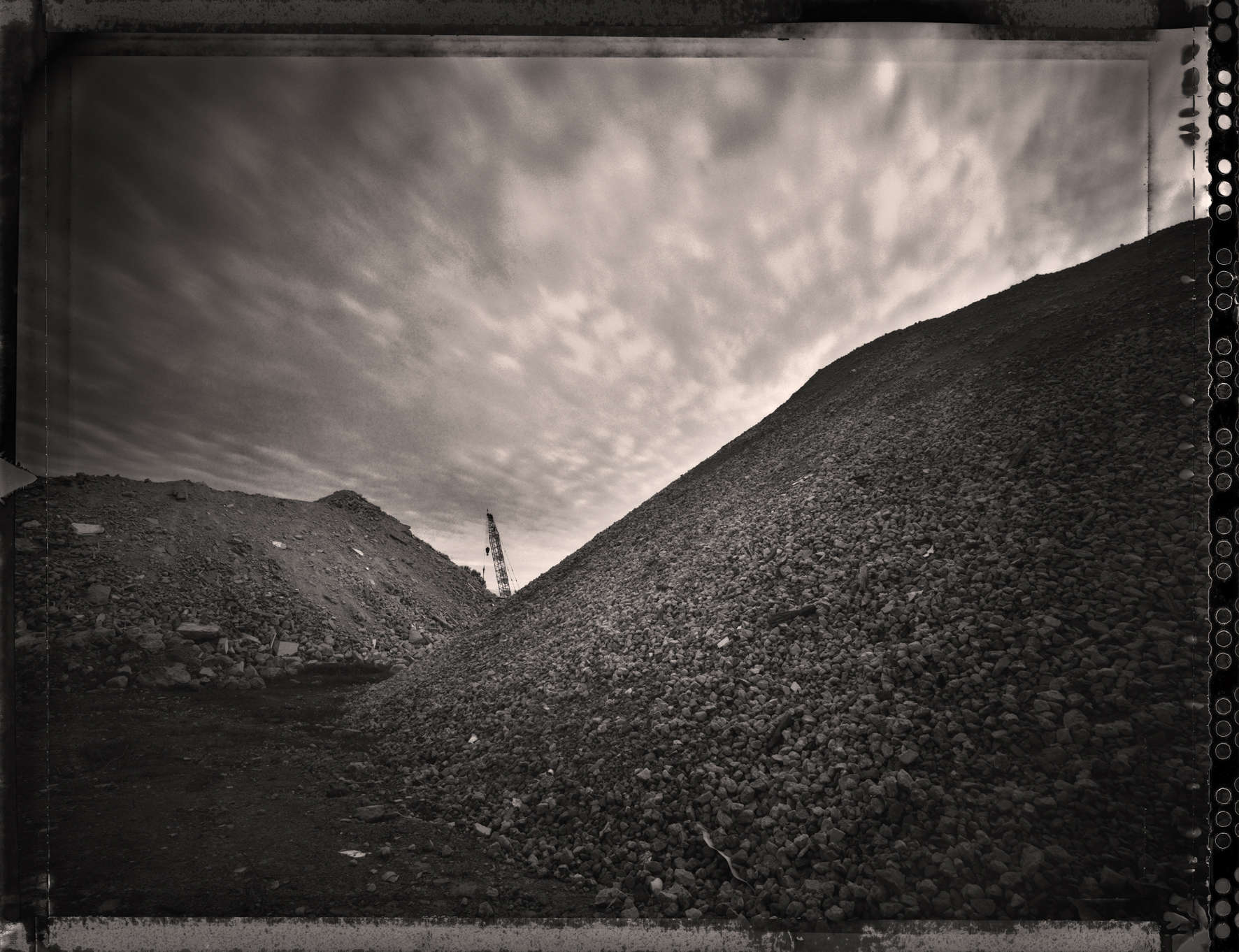 To quote the word of the famous architect, Ludwig Mies van der Rohe (1886-1969), “Architecture starts when you carefully put two bricks together. There it begins.” If that is so, then to me, a Landscape begins anew when the bricks are taken apart. For a change, I will pen this as a journey, and with you, I walk down history lane.

I imagine and dream up my images way before I make a photograph of them, that has been my style for a long time. Years before the demolition of the former National Stadium, I saw in my mind many ways of representing the transformation from Architecture to Landscape. I realised then that that this demolition marks a milestone in the history of Singapore, and so I started to pursue the project as soon as I heard the news on the renewal of space. Images started forming in my mind even though I had absolutely no idea how this space was going to be reconstructed. Numerous visits were made, just to get a sense of what may happen as the vast space was transformed. All the while, I could only imagine. I fell in love with architecture a long time ago and to see the grandeur of this process gave me the urge or more so the need to capture it, at least as memories for the future. Yes, we are creating history now.

It was slow at the beginning, the towers had to come down bit by bit. The entire procedure was executed with calculated precision and the blocks carefully taken apart. As the demolition process had begun, so had the process of reversal to landscape. I walked around the entire land many times to take in what I could of the goings-on. It was already different. The space looked different, the architecture had began to decline, the weeds had started to grow, the glass were broken. This familiar space was taking on a different shape, and it became more and more unfamiliar as time passed. Subsequently, the landscape would change every time I went back, surprising me with each visit, and forcing me to think of the “new” space again. Nothing remained the same, the structure, the land, the sky, they were all moving and taking on a new form. I call this Negating-Architecture. The very opposite of creating a building. With the construction of a building, we have an understanding of how the image of the new building will look like. With demolition, it is not as certain. When Architecture negates, Landscape forms again. It is as though Mother Nature is renewing herself for her next purpose. In the pictures, no two structures are the same, they cannot be, and this was how I began to see Architecture with new eyes. The image “TriAngle” shows a cross-section of the stadium, this is something that has never been seen before. It was simply not possible for it to be seen this way as the construction of the stadium would not have been done in this manner. But in de-construction, it was possible. For some reasons, the demolition team had taken down the structures on both sides of this section, and it was left standing for a short while, long enough for me to capture it, before it was finally reduced to gravels again. If one had missed this, they would have missed it forever, it will never, and can never be repeated. History has been created. Only the image remains.

I am inspired by architecture and the landscape, and this allows me to see things from each of their perspectives. I am as passionate for one as for the other, and with my camera, I have captured both. In a sense, documenting, in another, making a landscape photograph, yet in another, abstract architecture. I just wanted to capture a memory with this project, and in memories, feelings should be present. I could feel the space and breathe the dust, I felt the tremors and walked the grounds. I hope that these images could convey to viewers the mood of the demolition as well. The mechanical workings of the claws, breaking into the concrete bit by bit, cutting through the walls, the floors and the pillars, until the building could no longer stand but crumble under the fractured support that had once held it. Occasionally, the weather played a dramatic part in the image creation. At times the pictures were taken by the freshness of the early morning light, with clouds dancing away in the blue backdrop. Other times the sun blazed through the dusty air as the claws made their way through the tough concrete. There were also instances like the time I shot “Last Block Standing”, when raging dark clouds roamed the sky back and forth, threatening to send a heavy downpour any moment. Regardless of the weather, I always try to make an image the day I am there. This allowed me to make images with different lightings, some vibrant, others dull. Some noisy, others quiet. The mood was such. Finally, as “The End, a new Beginning” came, the landscape finally emerged, with the crane remaining in the far background as a hint of what had happened to the land.

All the images were made using a large format camera, my trustworthy, custom-made Ebony 45 with Schneider, Rodenstock and Nikkor lenses. The defunct Polaroid PN Type 51 and 55 films were used. These films had to be processed immediately after taking the picture. Chemicals had to be brought along with me on site and were kept in air-tight containers. The processed films were stored in them till I got back home. The inconsistent chemical streaks are unique to each image, depending on how the chemicals flowed, developing the film with none having the same characteristics, fingerprinted the space that I was capturing. Each film was carefully scanned and the images further enhanced digitally. The best of both worlds. Enjoy Architecture+Landscape, Project 37.