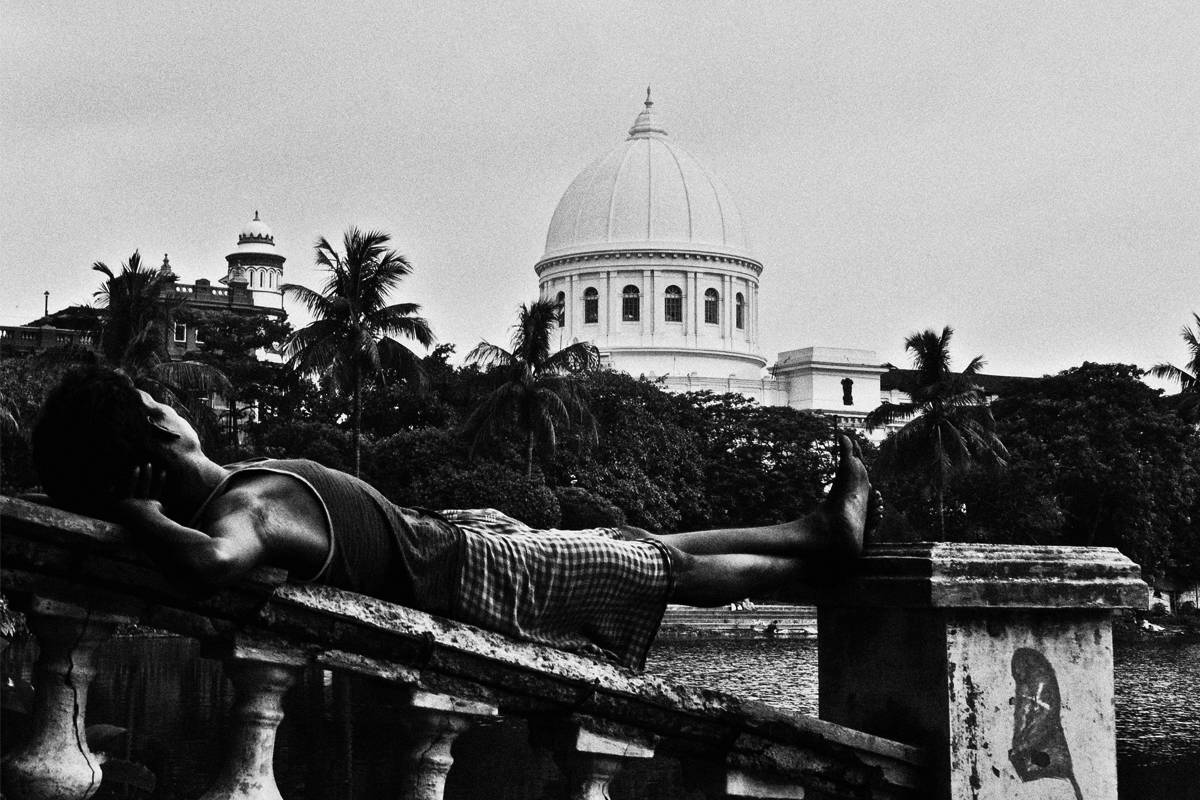 Calcutta, the quintessential post-colonial Indian city, exposes the struggle to move ahead into the future and at the same time revel in splendour of an imperial past that palpably throbs in its present. The city’s name has recently been changed to Kolkata, as has happened with several of its streets and addresses. Notwithstanding these passing changes, Calcutta is an ultimate instance of an Indian city with the capacity to absorb and amalgamate parallel realities, juxtapose several paces of life in the same physical space and thus, present a canvas of contradictions.

Speaking of age, the city itself is not very old, established just over 300 years back. Yet, it feels old. Like a lot has happened. It gives the feeling that a lot is constantly happening. The city ostensibly changes and grows, yet seldom betrays an impression that it is moving ahead in linear time; the experience is more accurately described as a back and forth.

As much reality, as the noise of rush hour, are moments of stolen tranquillity. The deepest sense of isolation may even be felt within blurred crowds speeding by. Sleek icons of modern development contrast and compete with historic monuments.The stifling commuter train experience alternates with the unobstructed expanse of the river and sky. The organic human landscape persistently challenges its overarching euclidean geometries. Street vocations survive in peace regardless of whizzing traffic, mere feet away. To the ones moving ahead swiftly, the city’s languor leaves imprecise and hazy impressions. To the ones at rest, it is a city in perpetual rush to reach someplace unseen.

This series of images from the turn of the first decade of the 21st century (2010-11), captures the various physical and human transitory qualities of Calcutta’s panorama from an ordinary viewer’s perspective – in motion, at rest, from near, from afar. In black and in white.