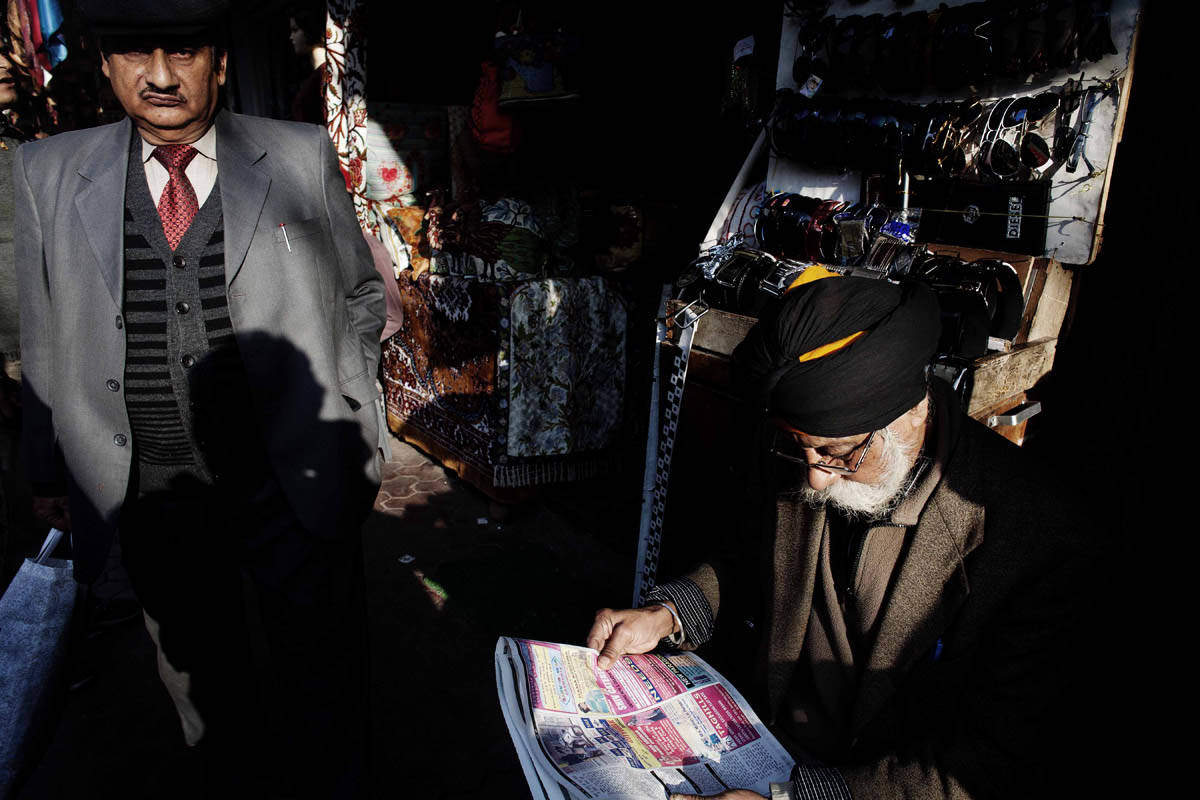 Hoping to do something different I decided to take the longest train journey in India – not only to know more about the nation but also to take it up as a personal challenge.

I wanted to see for myself how it worked, in this dynamic situation, how people interact with each other and adjust in their respective berths or bogies. It was all the more exciting because of the changing landscape as the train moved from one station to another, and for me photographing inside the train mostly, confined to the coach and at times the platform. Now, I must tell you, once you are inside the train you can’t run away. The light changes every now and then, and the train shakes on the tracks. Occasionally it catches speed and mostly it stops braking at least twice before one reaches the next station. As a commuter, one needs to be a magician and invent new ways to keep oneself entertained during the entire journey which takes up to three days. Play cards, chat, interact, visit the pantry car, stare outside, read a book and walk from one coach to the other.

To be really honest, by the second day photographing inside the train, many people got familiar with me. “Let him photograph. He ‘s traveling all the way down.” And by the third day those who were left were united by the long enduring journey. For these three days people had to prepare, adapt and change accordingly to situations interacting with situations. There was a clear sensation of achievement  as we stepped out onto the final platform.

From Jammu in Kashmir to Kanyakumari at southernmost tip of India, the Himsagar Express took seventy seven hours non-stop to complete the trip. These are images from my trip.