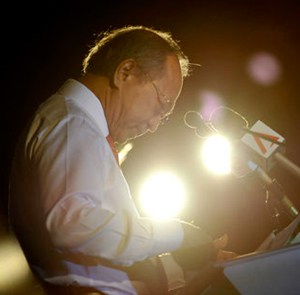 Photographs courtesy of The Straits Times. For more work from the ST Picture Desk visit: www.straitstimes.com/ttl

Akira Kurosawa: In a mad world, only the mad are sane.
At Our Doorsteps, by Sam Kang Li
Junku’s JAPAN, A Portrait from a Larrikin Ex-Salaryman