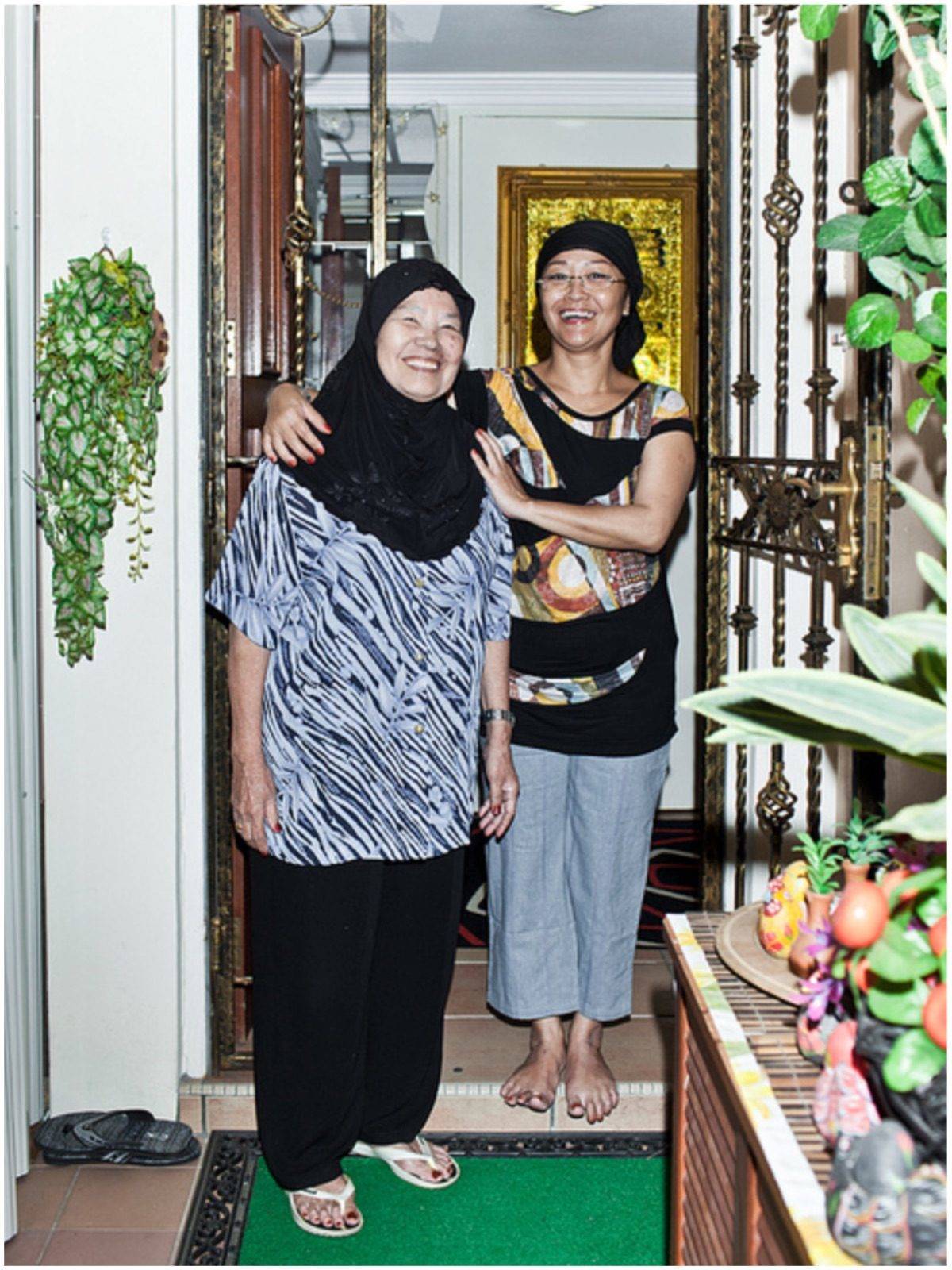 Even though I have lived here for the last 17 years, I could barely count on one hand the number of residents I could readily recognize.

Besides the occasional block party organized by the Residents’ Committee members, and that includes my father, more often than not, such parties are attended by the usual suspects, there is really little initiative on our part as neighbours to know each other better.

In fact, what happens on most days for most residents is that we would take the lift, and be home in less than 20 seconds. Even when in the lift, people tend to keep to themselves. And when we reach home, most of us leave our doors closed.

That was when I decided that I would need an excuse to open people’s doors to talk to them. And photography became that excuse.

I prepared a whole long write-up about my background and my intentions. But I thought that it was not enough. So I decided to make a role model of myself through a self-portrait. And I got my father to be in the picture as well.

And with copies of this document in my hands, I started to knock on the doors of my neighbours. I went from floor to floor, from door to door. I told them that this project is about putting a face to the unit numbers and closed doors of our block. Pictures will be collected into a simple newsletter and distributed back to the residents. And hopefully, from such a collaboration, we can start to have conversations.

Through the initial encounters, I also learnt that people actually identify my household by my mum. So I went back home and took a picture of her and inserted it into the subsequent editions of my project catalogue.

When I show residents the catalogue, I could see their excitement and curiosity as they try to identify their neighbours. People do want to know one another. They just needed some catalyst to spark the whole interaction process.

And slowly but surely, I could see that many of my neighbours actually want to be part of this project and want to be photographed. And as I photographed them and talked to them, I made many interesting finds. From complete strangers, I found the GP tutor of my sister when she was in Junior College. I found a lady who attended Primary school just three classes away from me. I discovered a pretty 17-year-old who used to play in my house as a child because my mum used to baby-sit her cousin more than 10 years ago. And she was just just like a toddler then. And now she is all grown-up. And of course, I found at least five residents who wanted to talk to me again about photography. So it was really quite amazing.

And making the pictures is really the easiest part. I work with minimal equipment. The project is simple and I think it should stay that way. And I almost never posed the residents. Instead I only gave one instruction: Make yourselves look as friendly as possible. We want people to say Hi to you, come on!

And when the pictures come out, I always look for the frame that shows everyone best. Because this is never a project about me, nor is it a self-expression piece. This is a project that aims to bring out the best sides of the residents of my block. So it is really satisfying for me to see people actually inviting themselves into the pictures and inviting themselves into the conversations.