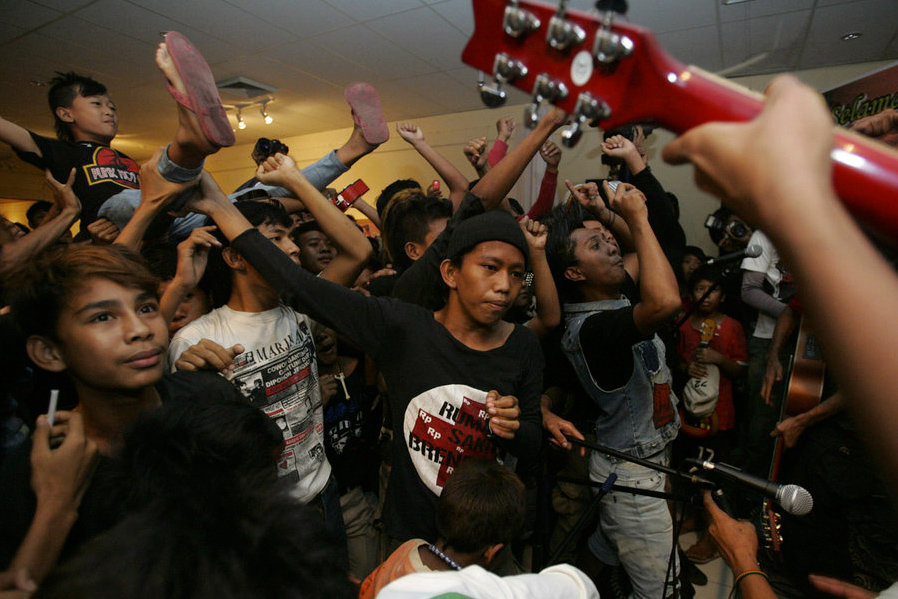 The Punk scene in Jakarta has grown to be the biggest in Asia, and its spirit finds perfect fit in Indonesian society where there are reasons abound to be rebellious. More than half of the population are living in poverty, and the rate is ever increasing. Daily life is filled with irrationalness – a cause and effect of Indonesia’s history of government corruption.

During the Suharto regime, a 3-decade-long dictatorial presidency, fallen in 1998, student activists like Mike & Bob, original members of Marjinal, chose to fight for their freedom, and to continue to challenge the injustices in society through the ideology, music and art of Punk. Punk is their call to revolution against unfair play and corruption for the people of Indonesia.

Ayumi Nakanishi is also producing Jakarta Punk: The Marjinal Story, a documentary film project on Marjinal, one of Indonesia’s original Punk bands featured here in her photo essay. The project is at crowd-funding stage on Kickstarter.com. Lend your support with a fund pledge here: http://www.kickstarter.com/projects/157803924/jakarta-punk-the-marjinal-story