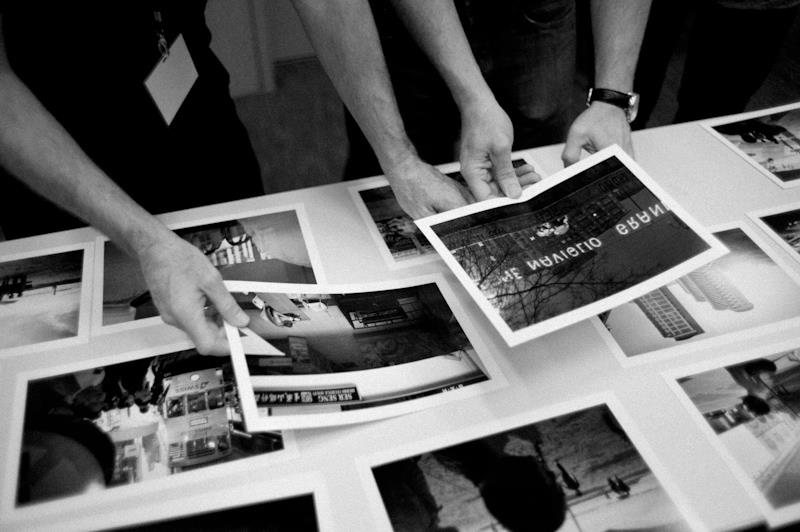 Part 8 transcription of the Q&A session during the public talk given by photographers Alex Webb and Rebecca Norris Webb, and David Chickey of Radius Books, at The National Museum Of Singapore on 9th March, 2012. 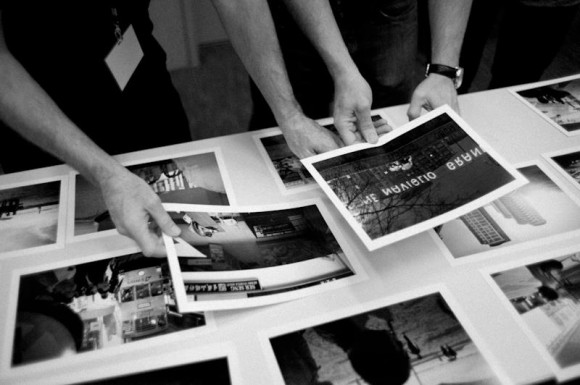 Moving from Film to Digital

Question: Hi. This question comes from a bunch of us who are a little bit older. We moved from film to digital. How did it affect your thought process? How did you adjust moving to digital from film because you don’t get the same effect. In the beginning, did you find it very unforgiving? And the second question is ever since the earthquake in Haiti, have you gone back to document anything and how did it affect you personally, seeing that you are so attached?

Alex: Look, I mean, the issue of digital is sort of two-fold for me. One is sort of semi-philosophical which is I really dislike its intangibility. I don’t like the fact that, you know, I look at my desk and there are six hard drives and I can’t touch the pictures. That’s not easy because I like things that are tangible.

You know, also initially I didn’t like the kind of prints that I was able to make. That were being made from digital. They seem too thin, very clean, crisp, clear but too thin. They didn’t seem to have the depth that I sense photographs would have. You know, since then, the last few books. The last two pictures in my book, The Suffering of Light, are digital. Shock, shock. (Audience laughs)

Well, in the process of working digitally, I try to make it as much like, to mimic my process as a still photographer. I mean, you know, being the only digital camera that I like at all, the Leica M9. It’s really a simple camera. There aren’t a lot of options, there aren’t lots and lots of possibilities in terms of pushing this button or that button, so forth.

So the process of actually photographing with an M9, for me, isn’t all that different than it was with a MP or M6. Yes, I don’t have to change the film all the time but the actual process is not really that difficult, different. Yes, the post-production process is different, obviously walking away from a situation with a transparency that is basically, you know, your end product maybe if you make a final print, you fiddle with it a little bit. But basically that’s your end product.

It’s very different from working away with your digital file which is essentially negative. And then you make it into whatever you want it to be from there. So there are many, many more options. You know, obviously the process of time is different in terms of going off for a couple of weeks, and then putting in my film for processing and then I would get all the yellow boxes back, it would be quite a bit of time between when I finish photographing and when I edit it.

But, you know, I actually find it much more difficult working with digital these days. I mean I had to, I did something two years ago that I still can’t figure out. You know, I go there, ok, you know, the first night I do a quick edit and everything, it seems possible. And you save that and make subsequent edits down so ultimately I am not sure how I the feel about the work. So, you know, I mean I do all those quick gags to satisfy the magazines but in terms of the long term edits for my own projects, it takes as long as film ever did.

So, you know, I don’t see it as that different, but on the other hand, there is a part of me that has some uneasiness. If they continue to make Kodachrome 64, 200, I might have used it till I die.

As far as Haiti goes, I wanted to go but I wasn’t able to. But I have to say at the same time, I have complicated feelings about it. You know, I wrote this book and finished it basically, in ‘89 but it was really a record of Haiti for me. And I do feel that I sort of, made the statement that I think, maybe I’m capable of making about Haiti, in that book. And, I don’t know what I would have added to sort of, the earthquake dialogue if I’ve been, you know, the 501st photographer who is in Haiti versus the 500th.

You know, it was photographed by loads and loads of people, I’m not sure that I necessarily have that much to give in those situation when there are loads and loads of press around. And, and I do much better when it’s more isolated. Obviously those situations bring up all sorts of complicated questions about what the press is doing? What kind of effect the press has on the situation? I mean, that’s always, that’s almost the real question. So I have to say, I had some complicated influence about it. Perhaps if I had gotten out of the situation that I was working on and gone down. But again as I said, I don’t know if I’ve had gone down and photographed the earthquake, would I have contributed something that is different than what lots of other people, plenty of other photographers down there. The question…  but like I said, since completing the book in ‘89, I had not gone back to Haiti with the same sense of passion and obsession that I’ve had during those years when I was working on the book. And that’s just the reality of what doing a book does. I haven’t found something new and different in Haiti to do .