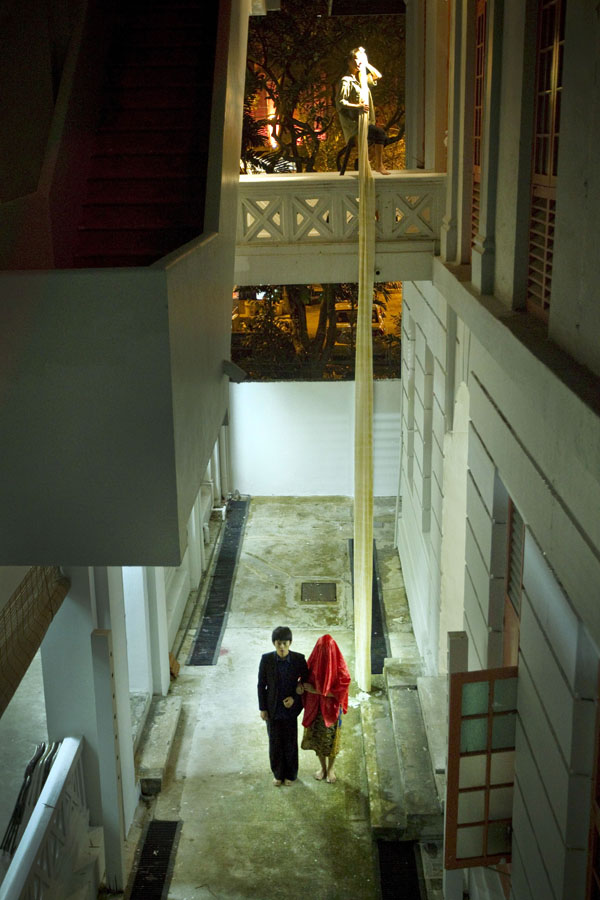 I have never being to the theater, much less able to critique any performance. However, the lack of knowledge did not prevent me from being deeply touched.

I was overwhelmed by goose bumps. My scalp itched. My intuition is sending me a clear message. This is an image I must possess.

Photography opens door. It granted me access to The Theatre Practice, Singapore’s oldest and one of the most important arts group. Thus I was able to observe and document the unusual and the uncommon. As I edited what I have shot over two hours, several images pleased me. Yet my satisfaction was short-lived. I wanted to know.

I wanted answers. Answers, in turn, would hopefully, lead to improvements.

While I have shot this image consciously aided by my experience, skills and equipment, my consciousness did not create that image. The moment was the result of a massive collaboration by the director, cast and crew. The reality belonged to the troupe and its every member.  I was, at best, a recorder, of the director’s clever manipulation of space to craft his tale. I was dazzled by the interplay of lighting and the dark skies. I was aroused by the cries and singing by the cast.

They realized this image. My affinity to cooperate with them froze this moment.

Editor’s Note: Kuo Pao Kun was a playwright, theatre director, and arts activist and referred by many as Singapore’s founding father of Theatre. Kuo officially founded The Theatre Practice company in 1986.

After being a photojournalist for over a decade, Bob reflects on the rhythm of life and how it inter-twines with his personal photography. Reflections is a weekly column called Appreciating Life originally published every Thursday in LianHe Zaobao, a Chinese language Daily in Singapore. English translations by Sebastian Song.