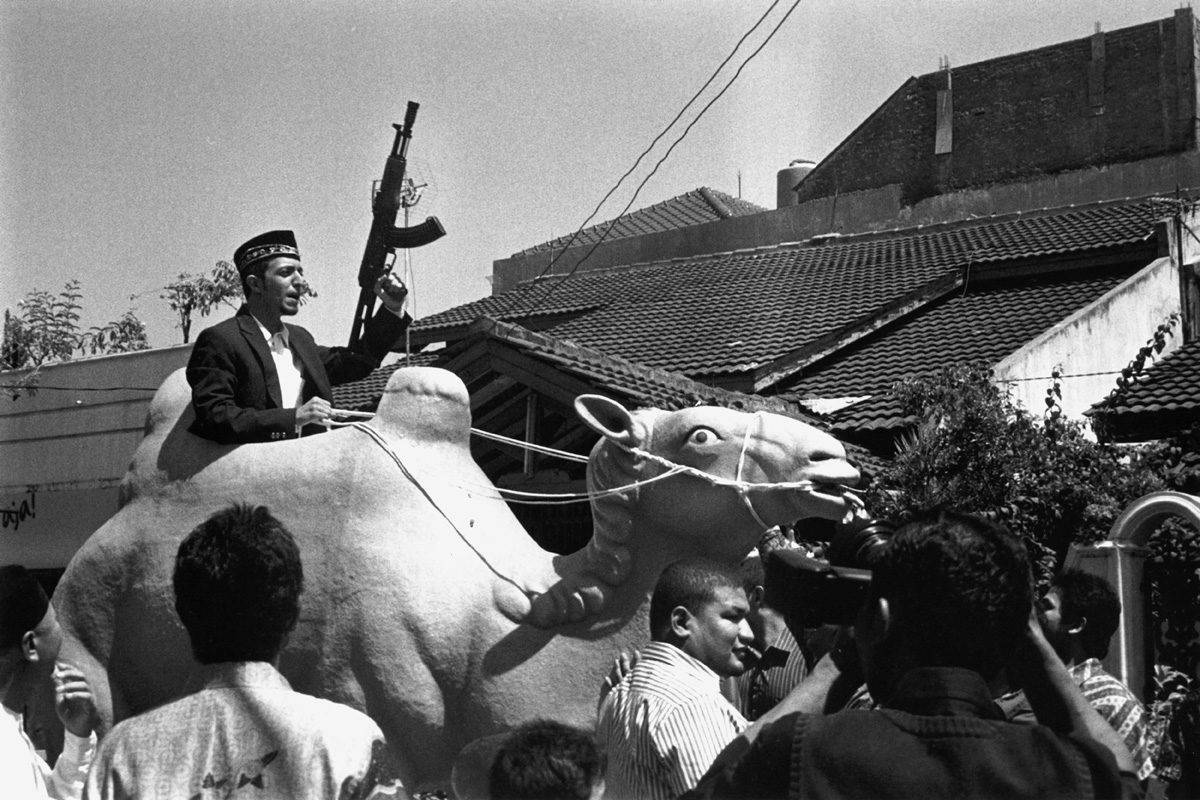 In our poll of Influential Asian Photographers, West Sumatra born Erik Prasetya was ranked as one of the most influential figures in Indonesia’s documentary photography landscape. Throughout his career, Erik has worked as a commercial and news photographer, but he is best known and regarded for his journalistic documentary work, of which he personally describes its approach as Estetika Banal or ‘Banal Aesthetics’.

Erik’s ‘Banal Aesthetics’ was adopted after he met Sebastian Salgado in 1997 when he worked as his fixer in Jakarta. Witnessing Salgado’s creation process first hand greatly affected the way Erik approached and thought of his own photography.

From the foreword of Erik’s book, Firman Ichsan writes, in Erik’s Estetika Banal, he “critiqued the classical aesthetic approach, even saying most photographers possess a middle class aesthetic that leans toward voyeurism or romanticism if not exoticism—a situation that must be overcome by photographers when shooting in order to get at the “truth”.” This approach and position reveals Erik’s strong tradition and practice as a photojournalist, some would say a conservative one.

‘JAKARTA Estetika Banal’ is Erik Prasetya’s laborous photographic documentation of Jakarta, a collection from 1990 to 2010, and can be viewed as his contra-response to Salgado’s biblical pictorials of the city. The photographs, a blend of street photography, documentary photography and traditional portraiture, have served as an influential reference point for young Indonesian photographers looking to find their own voices in today’s contemporary photography world.

We are honored to have Erik Prasetya as a Special Presenter at the IPA Street Photography Presentation JAKARTA on Thursday, 22nd November 2012 at Kineforum, Taman Ismail Marzuki, Jakarta, Indonesia. The presentation will begin at 6.30PM and is free admission to public audiences.

Signs – สัญญาณ, by Akkara Naktamna
All That Glitters, by Adam Birkan
Project 37, by Chow Chee Yong