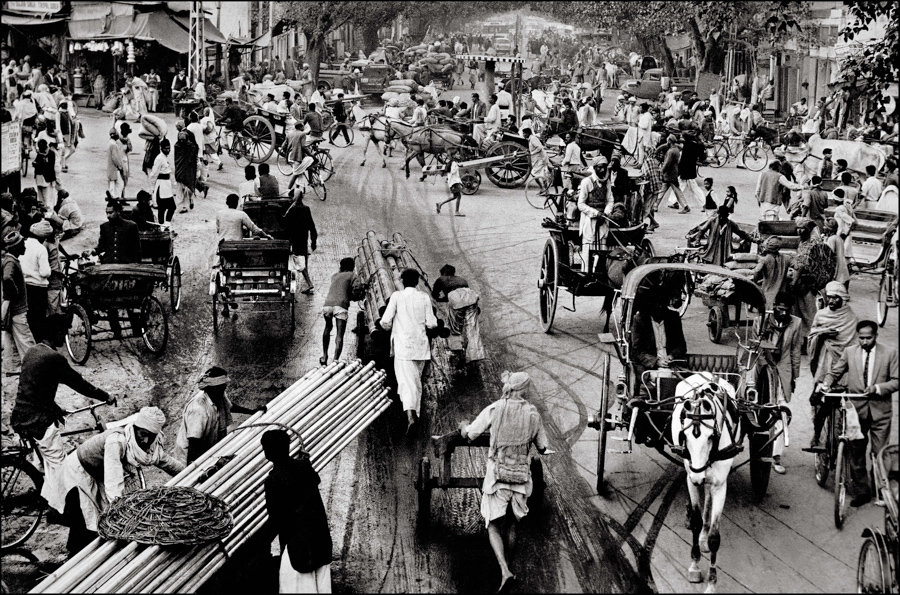 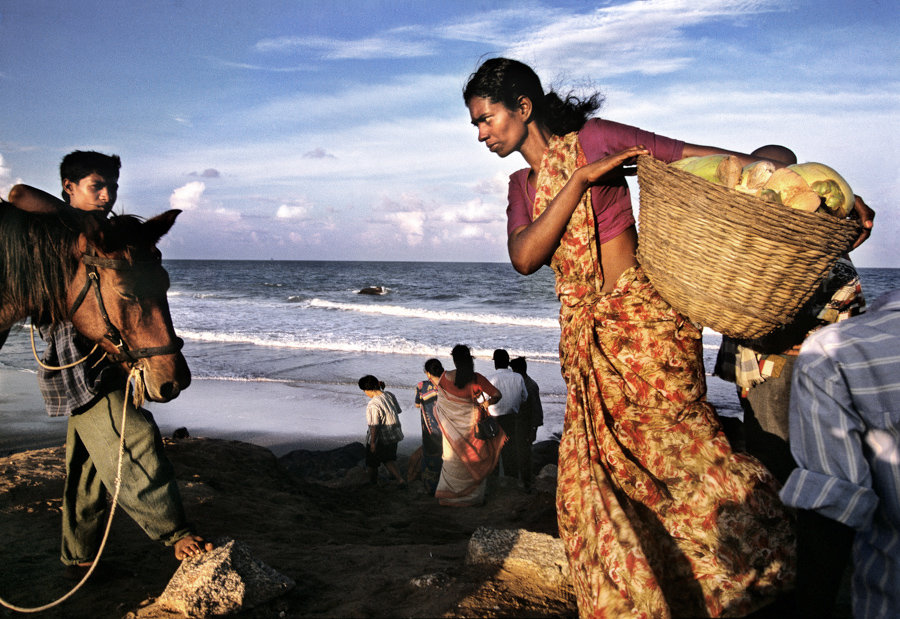 Every successful photographer has a fare share of criticism. What are some you have faced and how have you dealt with them?

You tell me the criticisms about me because I wouldn’t know because the people won’t tell me. (Laughs)

(Laughs) So you mean you aren’t aware of any criticisms you might have had?

Hmmm. There was one time in the eighties when people used to say I organized my pictures. Which was also correct to some extent because being in photojournalism and feature stories, you wanted to put certain people in their context and things like that. But then some of the pictures I took which were very spontaneous and very powerful, sometimes people ask me “how did you handle this one?” So that was great I thought. I said “Wow, that you should think I’m that brilliant, I promise you that my imagination, my intuition and my ideas can think of such things and then put them together. I must be some great guy.” (Laughs)

So then I realized, I said now I should be so pure about it – that the flow of any given situation should not be tampered with. So I became even more purist and intuitive about things.

And otherwise, when you become too successful, people say “Oh yes, you know because he travelled so much and he has these friends there so he gets everywhere.” So I say “Thank you very much.” (Laughs)

We’ve seen your commercial shots for Alcatel and they seem to look and feel like your personal work – multi-layered and complex. But these are obviously staged in this case? Can you share with us the process creating these.

No, I wouldn’t say they were staged. They were done in way which was very spontaneous. Yeah.

Because also you see, some lady came yesterday. She was doing a book on (inaudible) ladies and she requested that I do the portraits. I said I can’t because sitting opposite each other and trying to do portraits of people is beyond me. I feel very uncomfortable. I need candid spaces, candid experiences and I cannot do such photography where I have to make people sit in front of me. I feel very, very uncomfortable.

Yeah, but they were done while they were busy doing their respective jobs. So you know, I didn’t have to stage-manage anything. And Mother Theresa, being such a powerful lady. Her life was dedicated to the poorest. Her eyes were fazed. I didn’t have to do much. So much was being expressed through her body language, through her expressions, through her touch and the fact that she was searing with the pity of ordinary people. So that was nature’s gift to me.

Is it possible for you to take a portrait of someone you may not necessarily have admiration for?

You see I don’t have to admire every person to photograph them. I mean if the person is very strong and controversial, they are a great subject matter for me. Like Indira Gandhi, I didn’t agree with many things she was doing you know. But she was the strongest and longest Prime Minister who ruled this country and affected the lives of millions of people.

So, you are not here to admire and judge and then do the photography. You are here to capture the truth of the situations as it reflects in those given moments. So you know, I do not necessarily choose people like, especially Mother (Theresa) was of course somebody who I loved, and then I went to meet her for the second time to do another book. And she said “You’ve done a book.” And then I said “Mother, the book is incomplete for me.” I asked “If your prayers are not complete, do you go back to him?” She said “Yes.” I said “Well then similarly, I want to come back to you.” (Laughs) So this is how I pursue my subjects.

Let’s talk about cinematography. Have you ever considered it and making films?

Well, now it’s too late for me. (Laughs)

Maybe, at one time I had this feeling that I should do some documentary film-making in this country.

It would be a logical suggestion given your photography, right?

But it’s a different ball game. And to indulge in everything that you think is interesting is not a good idea.

You always say you want to capture the whole of India in that one single photograph which kind of explains your complex, multi-layered photographs. Moving pictures might be the solution.

Listen, when I come back to this planet next time I might consider doing that. But right now I don’t think I have the time and capability to do so. 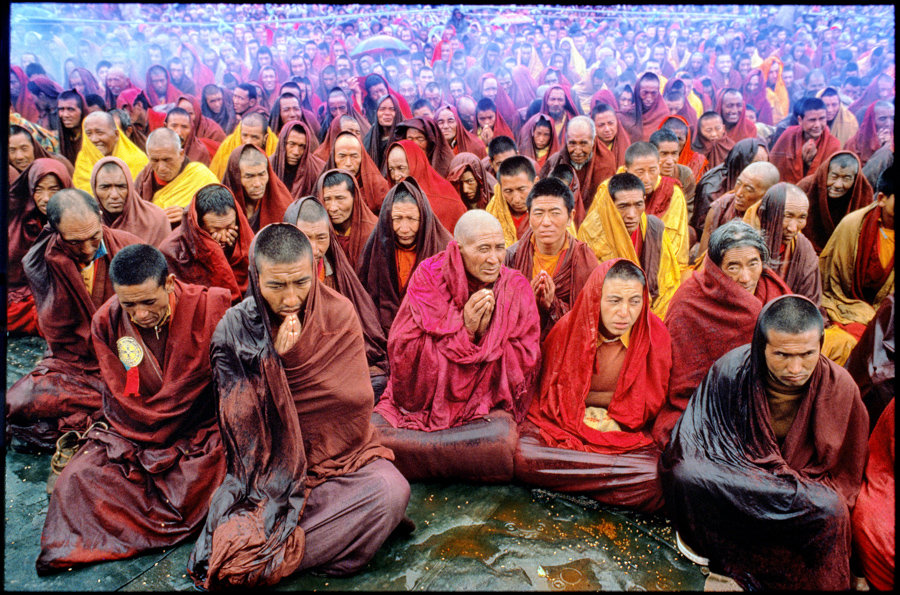 Okay, so about seeing the world the way you do, in your complex photographs framed with so many layers and subjects. How does a young photographer learn to see this way?

There’s a very simple sharing of the process that I do. I tell them you go to a situation, you see something, take a picture and you come away. When I go to a situation, I see something interesting, and I see the enormity and the size of it, and the complexity of it, and I say “Yes God, you’ve shown me this but it’s not enough for me.” So he says “Alright.” Then I keep walking, then he shows me something more complex and bigger. I say “Yes God, It’s nice. But it’s still not enough for me.” So I go on and on and I don’t accept it, and then he knows this child of his is very demanding and restless. And then he opens up and shows me something I have never experienced before. Then I take a picture and say “Thank you God.”

I say you youngsters go and grab it right away and come back happy. So God is happy that the child is happy. But this child is never happy. (Laughs) So this is how it works for me.

So are you very religious yourself?

Hmmm. Not religious but I have my Guruji. And my Guruji is like unbelievable energy. I have been with him the last 6-7 years. But I have similar affinity for Islam, Hinduism or Buddhism or Christianity. When people ask me what is your faith? I say that my faith lies in the eyes of the people that I photograph.

Raghubir Singh also mentioned the idea of Darshan in Photography but said India should only be photographed in color by Indian photographers. What are your thoughts?

No, you know I will not dictate anybody about such matters. I remember he used to say if anyone was carrying a very wide-angle lens “Why you carrying this lens?”

And Darshan is something which is not just seeing but experiencing situations in totality. And that can happen with a wide-angle, with a telephoto, and it can happen in colour or black and white. 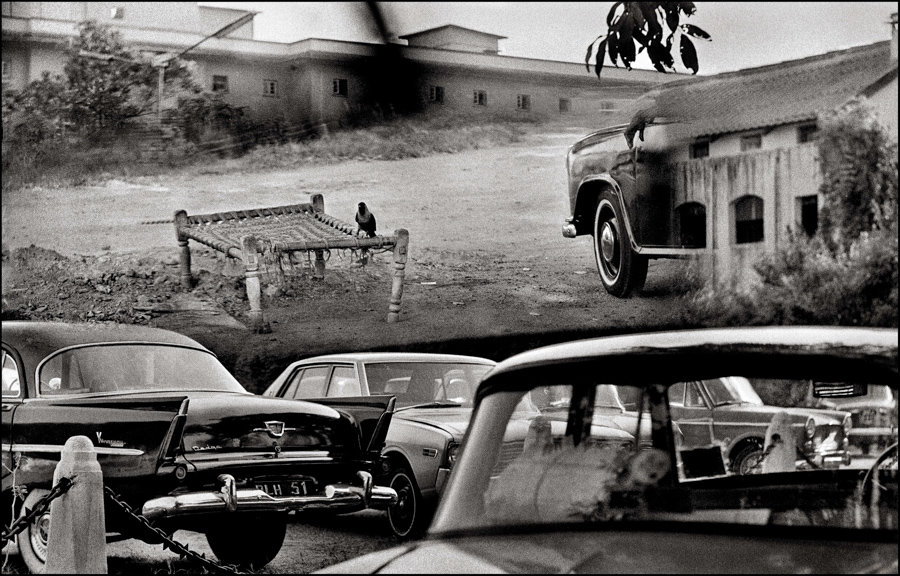 So do you decide whether you see the photograph in colour or black and white at the moment you capture it?

No, before I used to carry 2 cameras. One for colour film and one for black and white. But now I carry only 1 camera. You know with digital, you take pictures, you come back and your mind is already decided that the situation in colour wasn’t good enough, but there was strong elements and dynamics so you convert it to black and white. And nobody can stop you from doing that. (Laughs)

Another photographer we have featured on IPA, Pablo Bartholomew is currently shooting the Indian Diaspora overseas.

Yes, he has been shooting for many years now.

Have you never been curious and thought about photographing outside of India?

No, not really. Because, listen I’m a shy person. And I don’t like to fly around and be everywhere. India is my whole world you know, so I feel quite fulfilled. Even when I get invited abroad – come and do this and then we go for a cruise for 10 days. Then I think, imagine if I shoot for 10 or 15 days in my own country, I will be a richer man in terms of experience from the memories collected. So I’m not the kind who likes to travel all over.