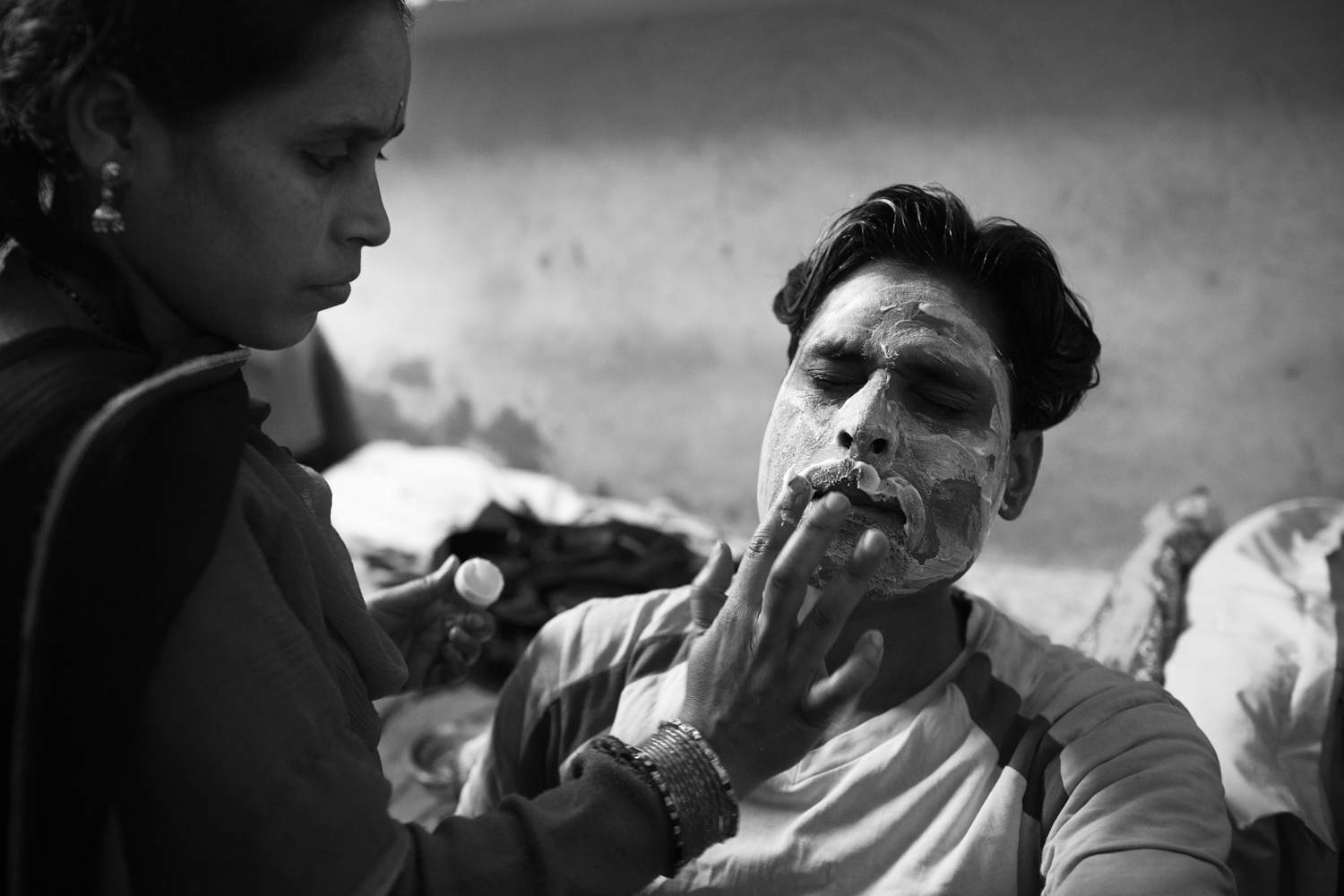 India, also known as the pharmacy of the Third World, is one of the biggest producers of generic drugs worldwide. The vast variety of up to standard and most importantly affordable pharmaceuticals gives millions of people the chance to treat their illnesses. But the lack of trade monitoring, the cover-up through corruption and the ignorance and greed of the pharmacists have also gotten these medicines into the wrong hands.

Like in Jahangirpuri, a colony on the outskirts of New Delhi, the consequences of this greed for money by shameless businessmen have led to a catastrophic situation. People became vulnerable victims of a medicine actually produced for a different purpose; to ease pain, to heal, to help people.

“Since my mother died everything has changed to the worse. If it wasn’t for my two small children, I would have committed suicide a long time ago. This damn medicine, these damn drugs…”, said Fakir while sitting lonely in his small room of the family’s house. The plastic tube which entangled his arm tight, making the injecting easier for him, seemed like an allegory for his family’s life, a life in stagnation, being stuck – Phas Gaya.

The family’s flat is situated in the outskirts of North Delhi which is one of the epicenters for a new disturbing kind of drug abuse. Since more than two years now Fakir buys his prescription-only drugs from the pharmacy around the corner as easily as they were cough syrup. Multiple times a day he injects a mix of a strong synthetic opioid plus an antihistamine that alongside a syringe and two needles is sold for 50 Indian Rupees (about 1 USD). These days his two small children seem to be just enough to keep him somehow living, dreaming and loving. Only they somehow save him from a life that many other addicts endure and worse.

Fakir tries hard to change his and his family’s life for better but his addiction has long ago tightened its grip around his body and his mind.