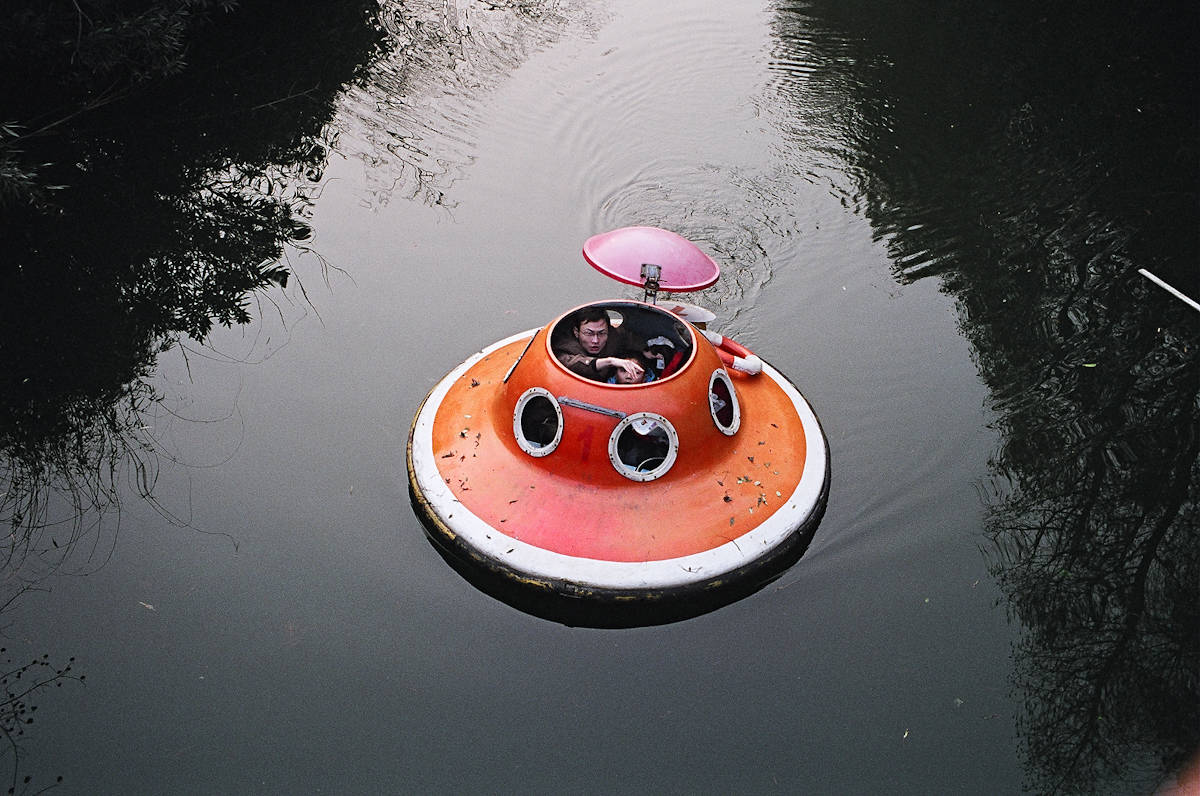 The year was 2007. I just finished the photo diary project called My Little Dead Dick with my lover at the time. I was completely burned out. I no longer wanted to expose my life (or my penis) anymore.

One day I came up with the idea to document the madness and wonders of China leading up to the Olympics. Behind the dirty, rough exterior, which most visitors only seem to notice, was actually something very beautiful and exciting, which I wanted to share. At the same time, I wanted to prove to myself that I could be a serious photographer. I hung a rangefinder camera around my neck and even bought a camera bag. In the end, I looked like a dork, but I was ready.

My new project, Modern Times was going to be a challenge because up until then, I had only photographed my friends and lovers. I had no idea how to go about shooting strangers. That I would soon find was an art in itself.

The first two months were pathetic. Once when I was walking back to the subway station from Fake Disneyland, I took a photo of two men on a motorcycle. Immediately they began yelling at me, but I shrugged them off and continued walking. A few seconds later, I looked over my shoulder, and there they were, making a U-turn at the intersection and heading in my direction. Like in the movies, I began to run. By the time I got to the subway entrance, both men hopped off the bike and chased after me. As I ran down the stairs as fast as I could, I hid my camera in my coat pocket in case they were going to break it.

The two men caught up and kept pulling my shirt and demanded to know what I was doing. I pretended not to speak Chinese, but was not very good at lying. Eventually the two men gave up. After I had gotten away unscathed, I realized that in order to shoot strangers, you needed to have a tougher heart than the one I had.

When winter arrived, I visited my friends up north in Harbin, which is the coldest place in the country. It was so cold that your piss would freeze as well as your camera.

When the weather got warmer, I took a train to the countryside to the southern part of China. It was the exact same time when the monks were protesting in Tibet and when the government blocked access to the area to everyone. Everyday I saw many army trucks passing by on their way out west for a crackdown.

On my first day in the city of Guilin, I went to a famous park and saw many people looking down into a lake. I asked someone what they were all staring at, and that person pointed into the water. When I looked closely and realized it was a naked human corpse, a chill went up my spine, but at the same time, like everyone else, I couldn’t help feeling excited.

Right after that dead body incident, my girlfriend and I got invited to a festival in France. It was there I met photographer Ume Kayo. I showed her my photos from Modern Times and we were both amazed how similar our work was. Soon we became good friends even though we could barely understand each other.

After France, my girlfriend and I broke up and I moved to Japan, so that was the end of Modern Times. In Tokyo, I posted some photos online, but besides the UFO picture, Modern Times did not get a very big response after all that hard work. To be honest, when it was finished, I didn’t really liked the project, and in a way, thought it was a failure.

Four years later, the publisher, Nanarokusha and I met at a café. They told me that they wanted to make Modern Times into a book. I did my best to convince them to do another project, but they were set on it. I went home and revisited all my photos again. Now older and wiser, I realized that they were right and then grew excited again about the project as well.

Soon after, Nanarokusha gave me a list of designers to choose from. Immediately I knew that I wanted the great Yorifuji Bunpei, and then once we heard that his team was on board, we began the slow, exhausting process of making Modern Times into a book.

And the rest is history.