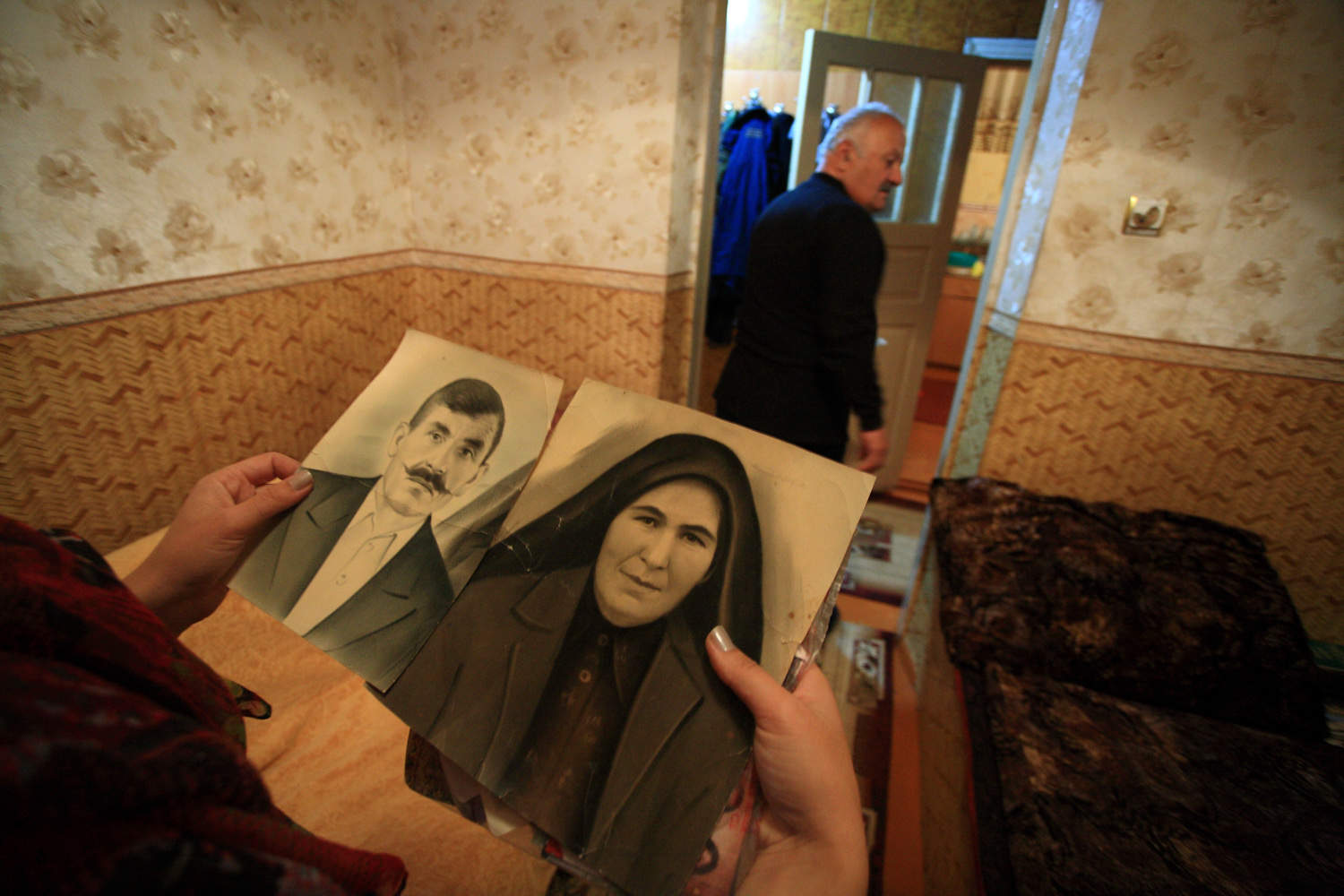 In mid-November of 1944 around 100,000 Muslims of Georgia’s Southern region of Samtskhe Javakheti were deported to Central Asia. Most of them were Meskhetians, or Meskhetian Turks.

In the course of WWII, they were perceived by Stalin’s regime as a fifth column who might support Turkey in case of war. Within a few days people were loaded in cargo train cars and sent to Central Asia. Thousands died during the trip.

After settling in villages and collective farms of Uzbekistan, Kazakhstan and Kyrgyzstan, Meskhetian were not permitted to go outside of the perimeter. It was not until 1956, a few years after Stalin’s death, that the strict military control was lifted, and the deportees were granted the right to settle anywhere in the Soviet Union, except for Georgia.

Some Meskhetians moved to Azerbaijan in 1958, in hope of being as close to their homeland as possible. The knowledge of Turkish language and similar traditions, helped them to blend with the Azerbaijani society. Others went to Russia in 1970’s and a splinter group of them managed to settle in the Western Georgia in 1977. In the beginning of 1990s, many Meskhetians moved to Turkey, mostly due to ethnic clashes and suppression in Fergana Valley in Uzbekistan. In 2004 a few thousand Meskhetians immigrated from Russia to USA, where their number has grown to up to about 18,000 since then.

Reportedly, the current Meskhetians population is 400,000-600,000 globally, out of which 1,000 are currently residing in Georgia. In 1999, Georgia committed itself to providing facilitation to start the repatriation process, though despite the law that followed, so far roughly a thousand have managed to return.