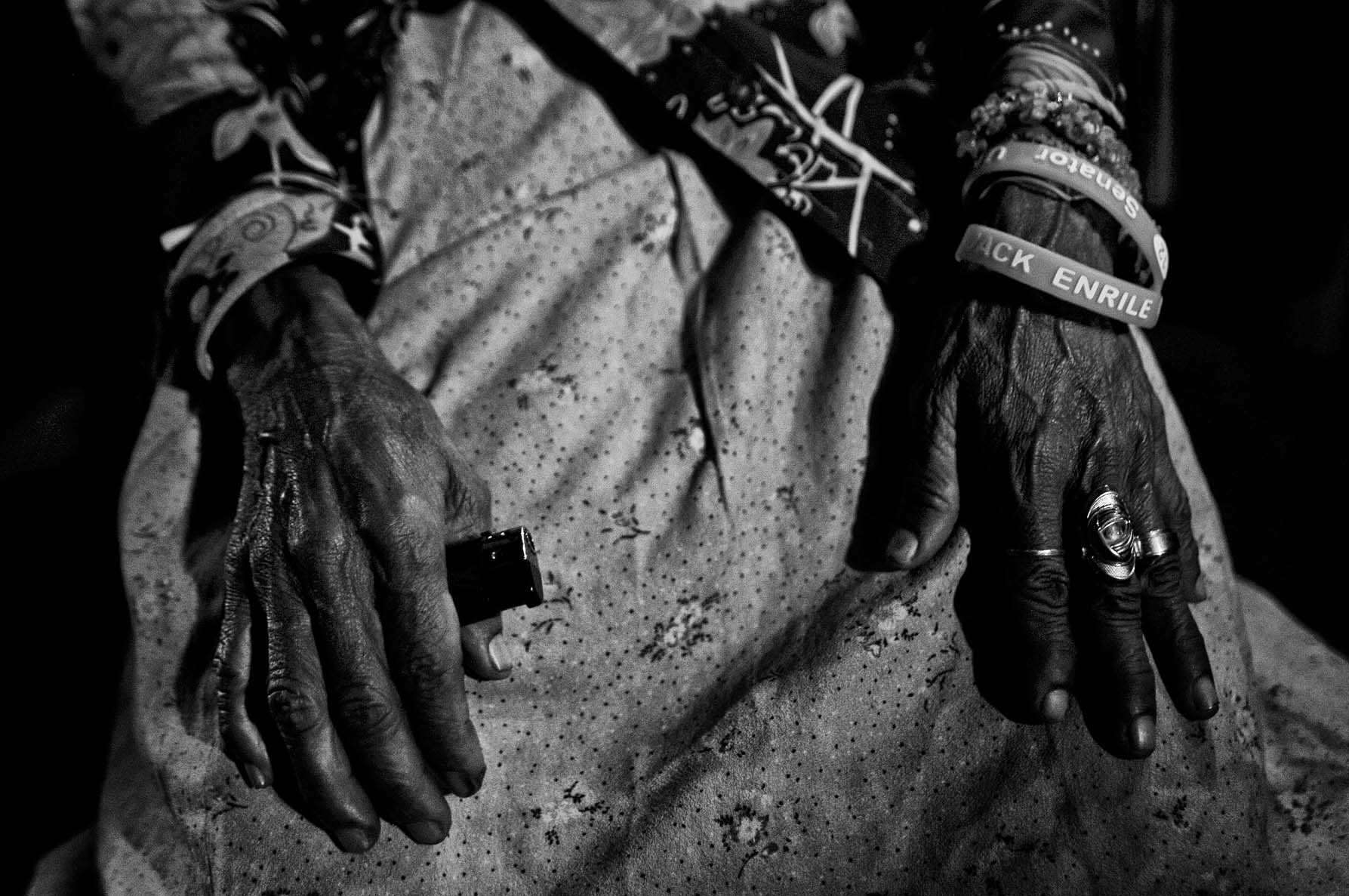 My project narrates the different reactions and phases people go through when diagnosed with a terminal illness: denial, depression, acceptance, and then–probably the most painful to watch—their desperate clinging onto nothing else but faith. Faith in science and medicine, faith in the hands that heal, faith in God, faith in nature. These emotions take them on a journey that no one can ever understand.

Usually, it is family who are left to try to understand and fight with them—and who, in turn, discover that they have their own hardships to bear outside the issue of sickness and health: there are the extreme swings from optimism to despair, the task of everyday life, and inevitably, the end. The families’ experiences also contribute greatly to their stories.

In 2012, my father, mentor, pillar and confidante was diagnosed with an advanced stage of Hepatocellular carcinoma, more commonly known as cancer of the liver. It was a huge blow to the family. My father was not only the head of the family, but the harbinger of everything good and uplifting for us. It was perhaps the most difficult time for the family. More than the financial distress, it was the fear of losing our rock, that one person whose mere presence made everyone feel that he or she was a better version of themselves.

As a practicing visual reporter of 10 years, I have covered tragedy and death up close. Too close, that at some point I had grown numb and disconnected from the stories. But when this death came and stood in front of me, the anger rose and swelled; I was angry, shattered and humbled. I was never going to let my father go, not without a good fight. The succeeding months were indeed the hardest, and as hope in science and logic departed from us, I searched for other sources of remedies and cures to ease my father’s pain.

He succumbed on the afternoon of April 12, 2013. Moments after, his mother touched his hands and bade him farewell. The sun’s amber rays shone for the last time on his hospital bed as family and close friends broke into tears and shouted his name. Hoping that he would still hold on, hoping that death would let go and come back another day.

My mourning isn’t done yet. I long for him each and every moment that passes. Every chance I can, I visit our old stomping grounds, eating our favorite Chinese meal in old Manila. Chasing morning and afternoon light in lots and corners where he felt at home.

With Hope as the theme, I reassessed its meaning, forging my recent traverse with sadness and fear with other people’s faith.

While documenting different cases of terminal illness, Hope showed a different face. All my life, Hope meant survival, overcoming death. But spending time with those who are bereft of choices, clinging on to whatever gave them ease, whatever will take away the pain, Hope showed its different forms: a pill of morphine, brushes with faith healers and witch doctors slicing through human flesh to squeeze out the infected blood, in plants and herbs found on holy mountains that promise to reboot the sore physical body and refresh the wounded spirit.

Hope, most especially and resplendently, is found in those who are blessed enough to be among those who lend them strength, who grant them with a new fervor whether or not they have accepted their illness. These select few will never be left behind to suffer miserably and alone. And if the time comes that they must pass on, they will go with little pain but full of dignity, as how every human being should.

Sharing this project with a friend, he is reminded of Dylan Thomas’ poem ‘Do Not Go Gentle into That Good Night’.

“… Grave men, near death, who see with blinding sight

Blind eyes could blaze like meteors and be gay,

Rage, rage against the dying of the light

And you, my father, there on the sad height,

Curse, bless, me now with your fierce tears, I pray.

Do not go gentle into that good night.

Rage, rage against the dying of the light.”

Indeed I say, let no one go without a good fight, firm and stern against the dying of the light.

Being Together, by John Clang
Angkor Photo Festival 2012 Program Highlights
Death by Drowning, by Dianne Rosario