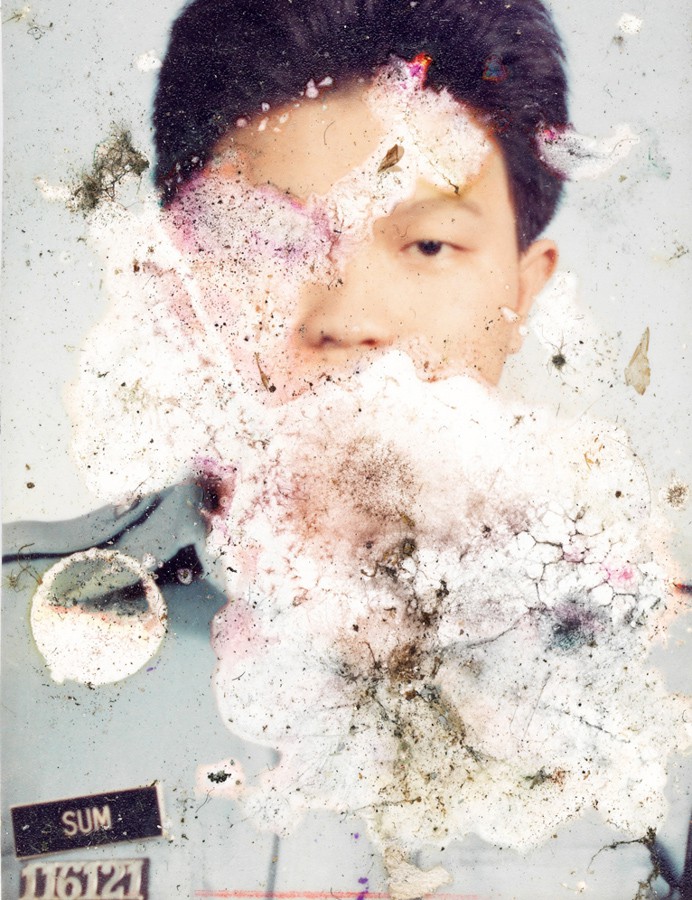 I came across an abandoned police station and found identity photographs of the police personnel being scattered around.

Most of them still look good, except for a layer of dust on the photographs. However, there were some that have been destroyed by the harsh weather. I found them to be interesting. Some look uncanny. It made me wonder why would these photographs being abandoned seeing that they are photographs used for identification.

Looking at these photographs, it reminds me of Oscar Wilde’s fiction ‘Picture of Dorian Gray’. The photographs had aged. It serves as a reminder of the effect each act has upon its soul, with each sin displayed as a disfigurement, or through a sign of aging.

Royal Malaysia Police is a series of work about re-photographing the identity photographs of the police personnel.