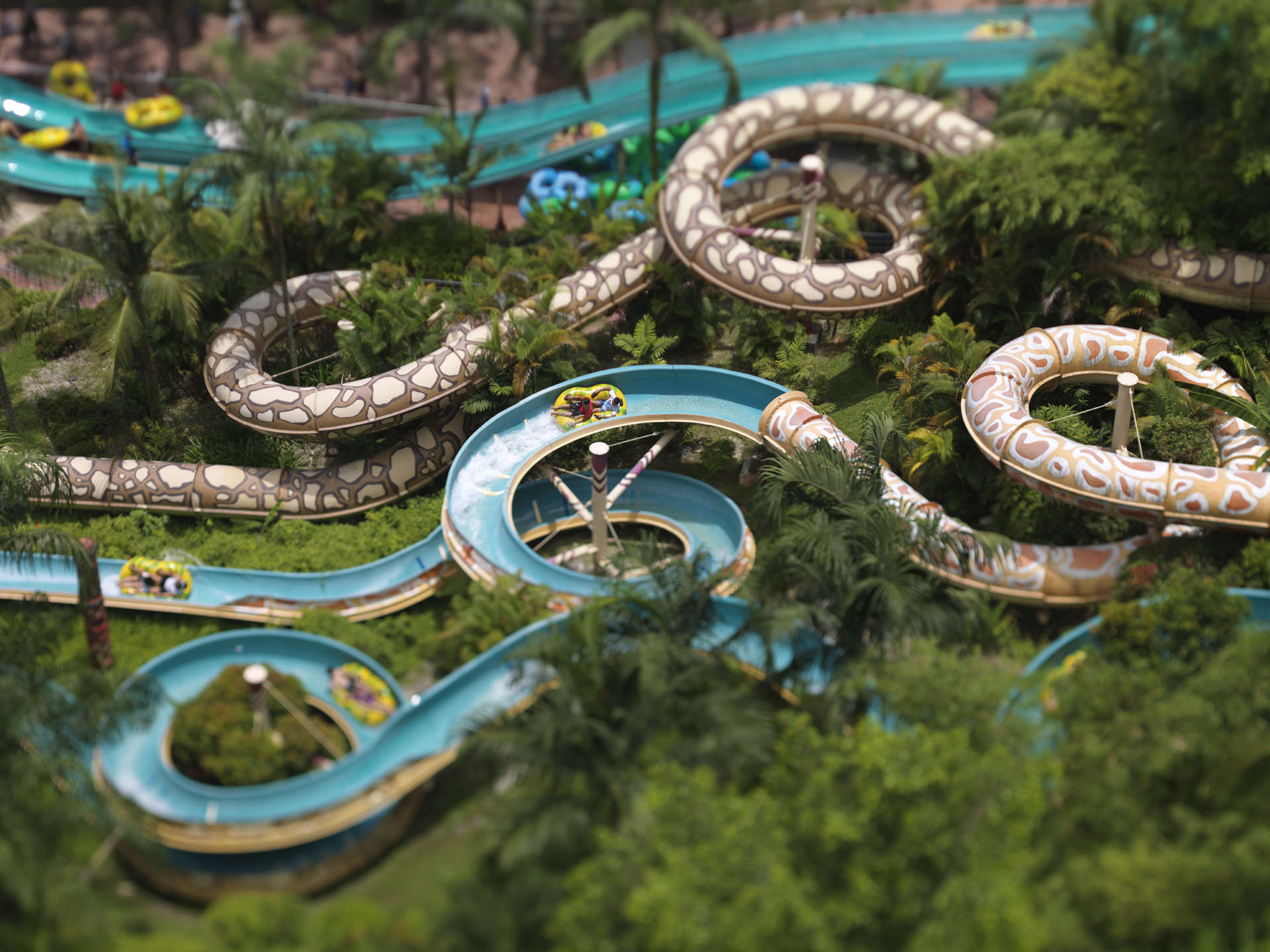 On first glance at the photographs, they appear to be miniaturised cityscape models of our beloved Kuala Lumpur city. But on closer inspection one realises they are in fact photographs of real scene of the city.

Taking photographs of the city from high angle to create a special birds-eye view create a sense of detachment from life of the city at ground level. Together in using a special camera technique to create the toy like miniaturisation of the city makes the infrastructure appear incredibly fragile.

These techniques transform the ‘created world’ into a ‘fictional world’. It gives the viewer a strange sense to feel real scenery as fabrication through downward view. The photographs have a true to scale of an adult peering down over a model city.

Viewers have the chance to play God, holding a magnifying glass and peering at the mortal beings as they mind their own daily business in life, forgetting that there is supposedly a more powerful strength than them.

These mortal beings should come to realise that they are more fragile than they thought they are. Mega structures built by them crumble with a mere shake of the ground. Infrastructures submerge when the river breaks its bank.

The city and civilisation built by them are not as strong as what they thought it’s supposed to be.