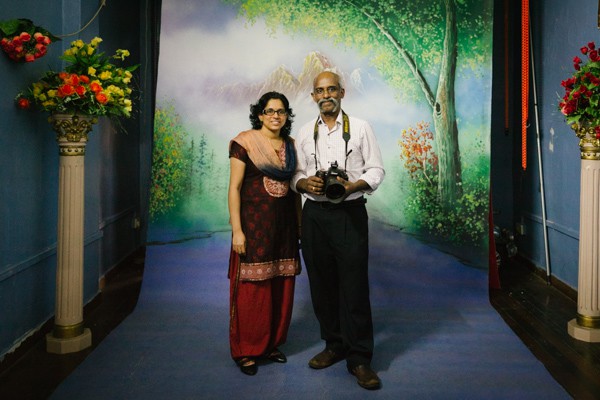 From Singapore with Love: Portraits from Sajeev Digital Photo Studio

On a little street called Kerbau Road in Little India, stands Sajeev Digital Photo Studio, a quaint little photo studio run by 49 year old photographer K. Sajeev Lal with his wife Sheeja Shaj. For the past 13 years, young male foreign workers from Tamil Nadu and Sri Lanka, one or two years into their labour contracts in Singapore, flock here to get their portraits taken by Sajeev. They have a choice of traditional scenic backdrops or new digital backdrops of Singapore and its icons montaged by Sajeev. Once dressed, posed and photographed, the portraits are then sent, in the old days in 4R/5R prints costing $15–20, to the young men’s parents back home in South Asia to look for brides. “Now they all want digital files. The internet and email is now popular. They give us their email and we send the pictures to them.” Sheeja mentions. The photo studio went full digital in 2006.

I asked Sajeev how many of the young men he photographed found wives. “100 % success rate.” He replies with a smile. ” They all find wives. They go back for their weddings and sometimes come back with their new wives for a couple portrait again at my studio.”

Business has dropped almost 60% since the Little India riot incident on 8th December 2013 and the subsequent clampdown. Sajeev’s studio is just around the corner to where the incident took place on Racecourse Road. “They used to come here every weekend and meet their friends. Eat, drink, chat and take pictures.” Sheeja Shaj said, “Now they have stopped coming. Before you couldn’t stand in here because it was so full. It has improved a little recently, but still very bad.”

Sajeev was born in Singapore in 1966 but left at 3 years old with his elder brother to be with their mother in Kerala, India. He later returned at 15 with his brother when he was called back to Singapore to serve his National Service. It was then he taught himself photography and later took up a course at SAFRA. He bought his first Yashica camera and began his 34 year career as a photographer. His first digital camera was a Nikon D200. And like the many men he photographed, Sajeev went back to India to find a bride. Sheeja Shaj was a neighbour in Kerala and they have now been married for 23 years. Sajeev’s younger brother sometimes lends an extra hand with videography and photography for weddings and events. Sajeev and Sheeja Shaj have a 22 year old son Suprabhath, who only recently expressed some interest in the photography business, but not in their traditional photo studio model. Suprabhath wants to venture into mobile photo booths popular at the moment with wedding receptions and corporate events. Sajeev said he has bought and put aside the necessary equipment and is now waiting for his son to take the helm.

Sajeev Digital Photo Studio is located at 23 Kerbau Road, Singapore 219161. If you’re visiting Little India, pop by Sajeev’s and get a portrait or two taken and help keep the spirit of the traditional photo studio alive. 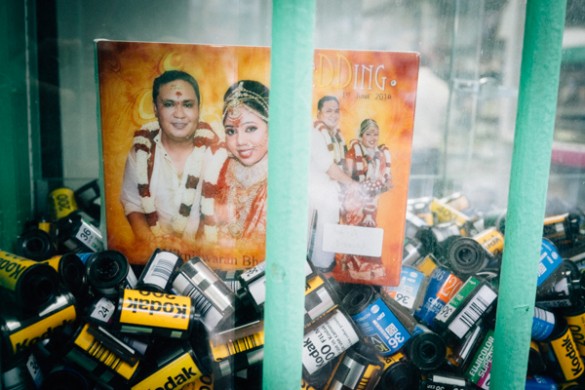 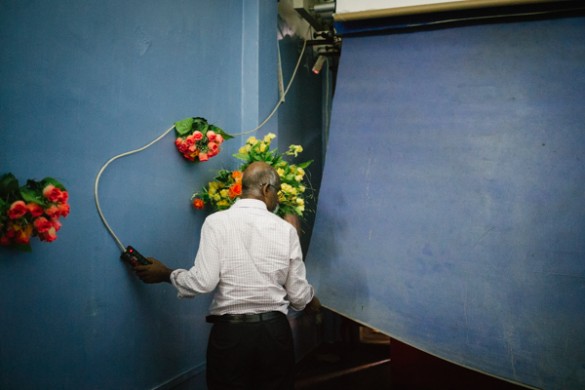 Sajeev preparing a backdrop for a shoot. 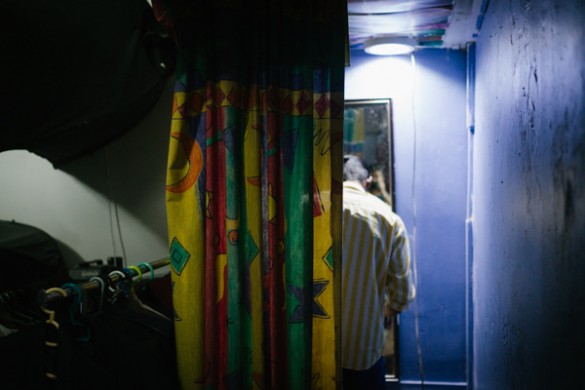 A customer getting ready for his portrait session. 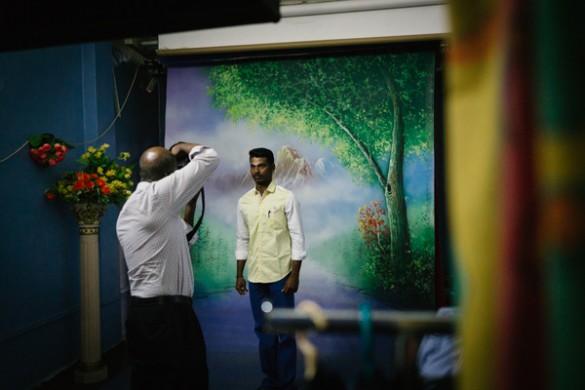 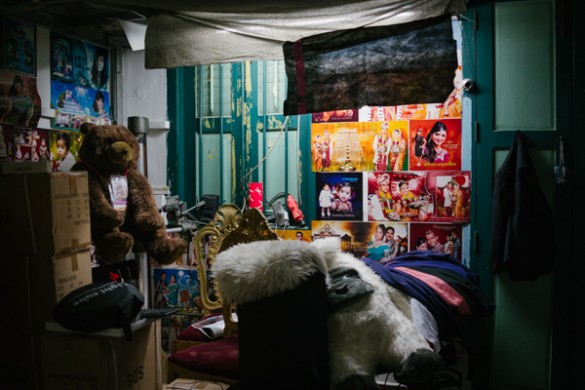 Backroom of the studio filled with various props and outfits. 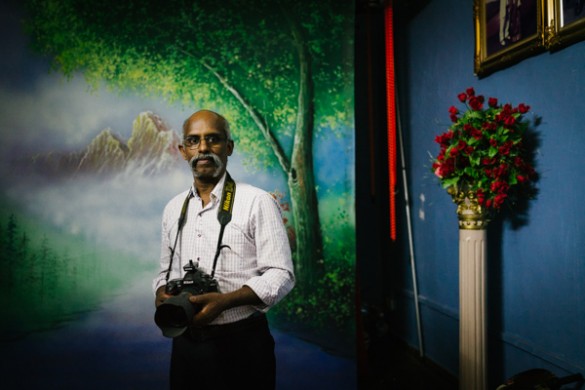 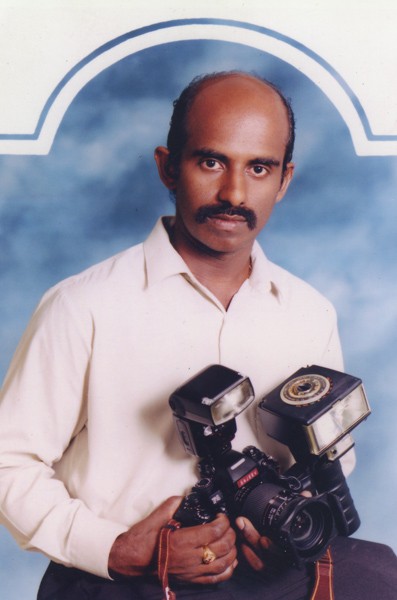