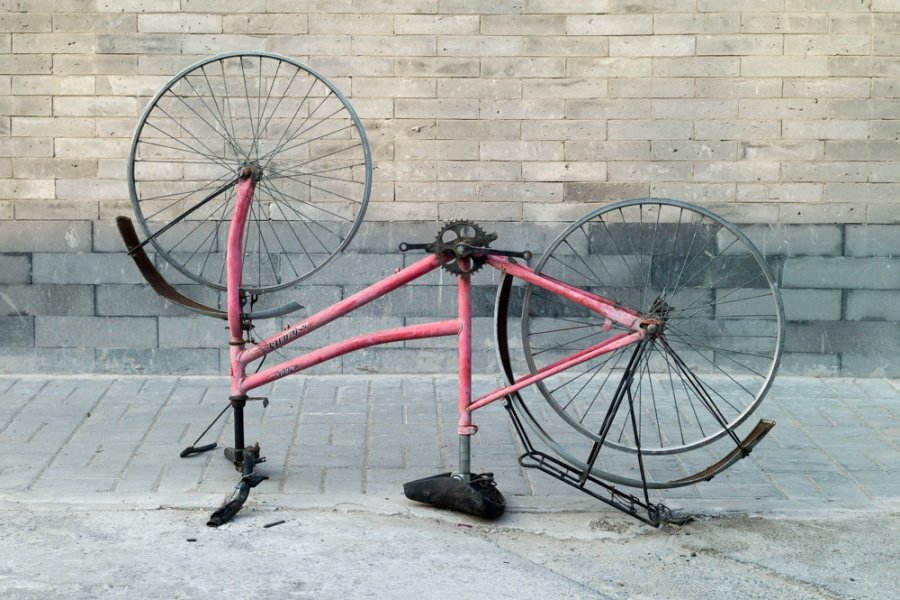 China was once known as the “Kingdom of Bicycles.” For decades, not only were they used as the principal mode of transportation, bicycles also became an important part of the Chinese lifestyle in modern days. Consequently the role of a bicycle came to be a cultural symbol and a shared memory for many generations.

Since the new millennium, Car culture broke into China strongly and quickly, and soon became the most popular or desired mode of transportation. People who live in metropolitan cities like Beijing have grown accustomed to the convenience and comfort of a car, and eagerly followed the latest models. As a result, bicycle, as a mode of transportation has been severely marginalized. Chinese mainstream society has completely lost interest in such way of travelling. Cycling is now almost a symbol for the socially vulnerable group in China.

I begin to wonder where these bicycles are now. I then set off to search for them, and learned about them individually. At this point they are mostly dilapidated and rusty, some even lost their practical value, but they still live on in their own unique ways. The owners would keep their bicycles though, locked, tucked-away, repaired, re-constructed, or randomly parked—all these approaches demonstrate their creativity and make-use skills.

I asked a few owners for the purpose to keep these pitiful things, “maybe one day I’ll make use of it,” they often replied. We all know that will never happen, but their answer reminds me of an old Beijing slang in Lao She’s play Teahouse, “a dog’s life is better than no life.” The quote speaks for both the bicycles and their owners.

Bicycles are the witnesses and victims of a major societal transition in China. The present fate of these bicycles is a reflection of how Chinese as individuals, cope with the current cultural shift, and their attitudes toward living—merely living.