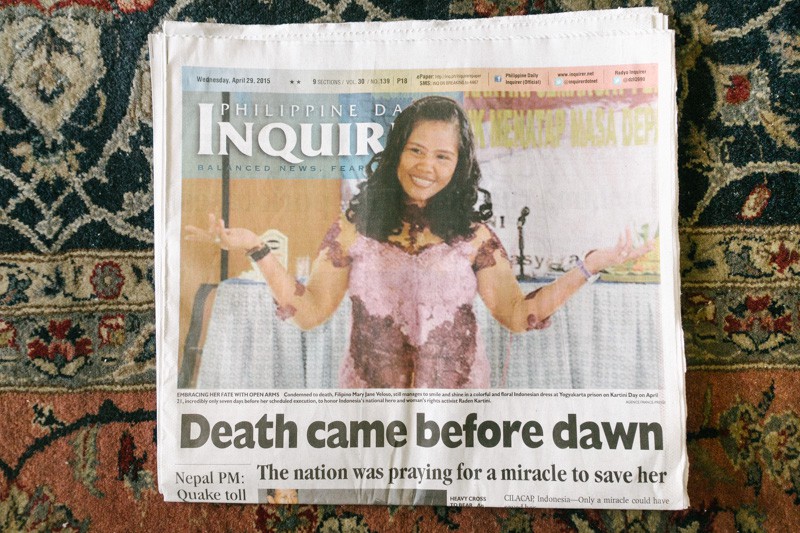 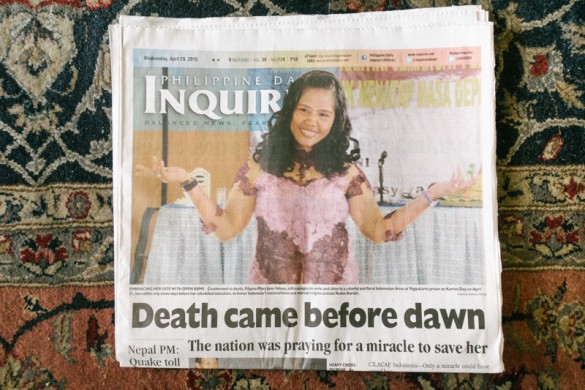 Time and Context is Everything

The Philippine Daily Inquirer went to press before dawn on 29th April with a cover article on Indonesia’s execution of the ‘Bali Nine’. The headline read ‘Death came before Dawn. The nation was praying for a miracle to save her.’ accompanied by a picture of Filipino Mary Jane Veloso, one of the nine sentenced. The caption read “EMBRACING HER FATE WITH OPEN ARMS. Condemned to death, Filipino Mary Jane Veloso still manages to smile and shine in a colorful and floral Indonesian dress at Yogyakarta prison on Kartini Day on April 21, incredibly only seven days before her scheduled execution, to honor Indonesia’s national hero and woman’s rights activist Raden Kartini.”

The world woke up this morning to the news on social media that Mary Jane Veloso was spared with a last-minute reprieve from President Joko Widodo. The eight others were executed at 00.30 Local Time. The Philippine Daily Inquirer’s cover image of Mary Jane suddenly assumes new light and relief, with a resurrective quality. Time and Context is Everything.

My 1st Photo Book: Notes by Rony Zakaria
Sign of the times: Selfie is Oxford Dictionaries Word of the Year
Artist or Vandal? Singapore decides