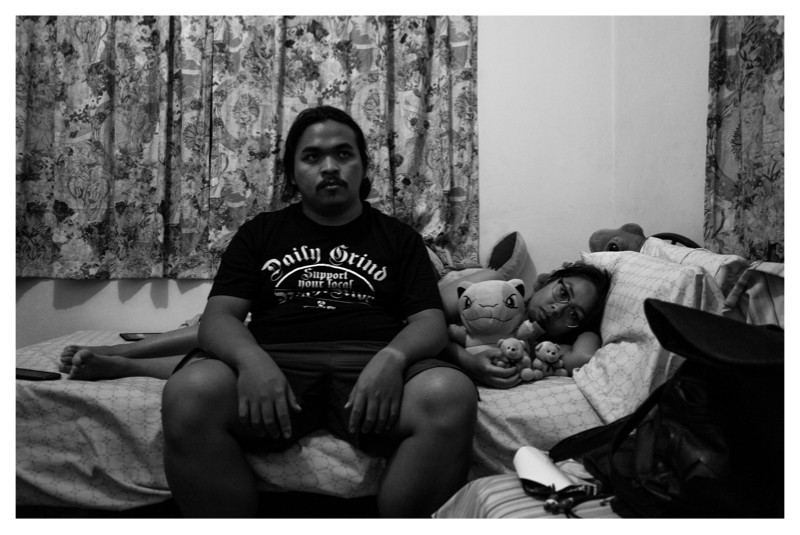 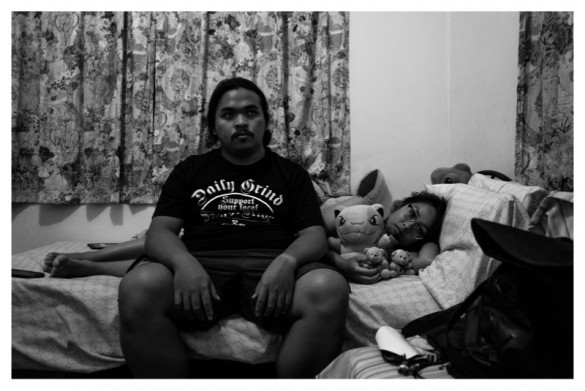 Kenji Mercado and his girlfriend Bernadette came to our Editing Workshop in Singapore over the weekend from Manila. They’re both involved with films and are avid film buffs. Kenji is working on a personal project about their relationship which also draws reference to Filipino film “maynila: sa mga kuko ng liwanag”.

During the workshop, we asked them both to give us their own top 10 Filipino films to watch. They didn’t disappoint.

Babagwa is a 2013 Filipino drama film written and directed by Jason Paul Laxamana. The film stars Alex Medina as Greg, an internet scammer who falls in love with a wealthy old maid while trying to swindle her using a fake Facebook profile.

A countryside dramedy (drama-comedy) that follows 14-year-old Diana and her younger brother who live by themselves after their mother went abroad and their father lived with another woman. Set in a remote purok, where people display positive outlook in life despite daily struggles, the film features the light side of country lifestyle as the main characters take advantage of the fun and thrills of the town festival to take hold of their sweet childhood.

The bustling and sweltering rugged intersection of Pasay Rotonda serves as the main setting for this story of interconnected fate and destiny. As a raging man’s bullets strays into different directions, the fate of several different characters are sealed and determined. As the temperature rises, the tension escalates and the story unravels with unforgiving immediacy and explodes in the end as each one struggles to survive and escape their inevitable end.

RUBEN loses his job as a carpenter in a small town in Zambales where he lives with his wife EDNA and their 10-year old son, BUDOY. Desperate to make ends meet, he accepts a job as a caretaker of an abandoned property in Quezon City. Ruben soon finds out that the previous owner of the house is an important figure in the country’s history. When he is interviewed by a TV reporter about this historical figure, Ruben feels embarrassed that he knows nothing about him. Ruben soon starts reading up to get to know more about the life of this person, his accomplishments and what he has done for the people. Ruben’s fascination about the person’s life and his inevitable hero-worship irks the only friend he has in the sprawling compound, the night-shift security guard, GIMO, who jokes that Ruben is slowly being possessed by the soul of his new hero.

It’s a pretty damn good horror movie. For those not in the know, a “tiyanak” is a ghoul-like creature that shape-shifts in the form of a baby. People hear its cries and when they pick it up, they pretty much eat you. There’s quite an amazing balance of dramatic heft and self-aware camp that makes this quite a pleasure to watch. They use a surprising amount of practical effects in this one which is to its credit.

A fiercely independent and unflinchingly candid woman connected with a women’s crisis and survival center has to raise her two kids with different fathers. Her first husband has left her when their career options failed to converge. She is now stuck in an extramarital arrangement with another man who cannot bring himself to respect and commit to their quite unorthodox relationship.

A 12-year-old gay who comes from a criminal family falls in love with a handsome policeman. This film stars one of my favorite Filipino actors, Soliman Cruz. Even after the fame he has, he still chooses to live as a homeless person.

Set at the turn of the 20th century during the Filipino revolution against the Spaniards and, later, the American colonizers, it follows a naive peasant through his leap of faith to become a member of an imagined community.

1. Hihintayin kita sa Langit. (I’ll Wait for You in Heaven) by Carlos Siguion-Reyna

Well, the title speaks for itself. :) 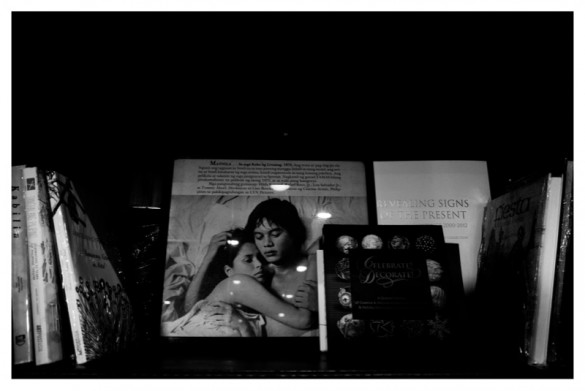 The film bursts with unique artistic genius, despite the fact that it was made on a shoestring budget. Conde brings the world of Mongolian conqueror Temujin to shimmering cinematic life, telling of the rise to power of one of the world’s greatest rulers. This film introduced Philippine cinema to the world, as it was the first Filipino film to participate and compete at an international festival (the Venice Film Fest, no less). Production design was by the great Filipino modernist painter and close friend of the director, Carlos “botong” Francisco.

This film is De Leon’s great noir. It tells the story of Carding, a man who tries to prove his innocence after being convicted of murdering his wife. A scuffle in jail surprisingly provides him a unique opportunity. He is given 48 hours to discover and capture his wife’s true murder before the bullet lodged in his chest pierces his heart.

3. Portrait of the artist as Filipino, Lamberto Avellana (1965)

This is an adaptation of the English-language play “An Elegy in Three Scenes” by one of our national artists for literature, Nick Joaquin. The film is also entirely in English, the first (and as far as i know, the only) to be so. It is about the decline of Intramuros—also known as “the walled city,” it was the seat of Spanish power in Manila up to 1896—as old Spanish values were increasingly replaced by American materialism in pre-World War II Manila. The film focuses on the struggles of the genteel Marasigan family, particularly two sisters, Candida and Paula, and their father, a former revolutionary hero, as they cope with tough financial times and the coming war. Central to the film is the question generational remembrance of the past, especially since the Philippines experienced so many political turnovers in the 20th century. The film was recently restored in beautiful 4K. One of my personal favorites.

A classic. Set during Marcos’ dictatorship, a young Filipino man from the province moves to Manila in search of his girlfriend who moved to the city for work but mysteriously disappeared. As he searches for her, he faces his own struggles to survive Manila life, moving from job to job (he starts in construction and even dabbles a bit in male prostitution). This one was restored last 2013 as part of Scorsese’s world cinema foundation project and was part of Cannes classics that year.

Another Brocka classic. Also set during Marcos’ dictatorship, the film has serious feminist underpinnings as it explores a mother-daughter relationship (and their jarring love triangle with a lover they share) with the backdrop as one of the roughest “no man’s land” slums in Manila: tondo. The infamous Imelda Marcos tried to keep the film from entering Cannes in 1978 because it didn’t fall in ideological line with her “Beautiful Manila” project. It did manage to make it after being smuggled into France. The film is so real and utterly beautiful. It is representative of Brocka’s social realist cinema (as is Manila in the claws of light). The film was restored just this year and was part of Cannes Classics last May. One of my personal favorites.

Disillusionment of a Filipino man with American values and Western capitalism and his difficult journey to find his way home. The visual-audio aspect of this film is phenomenal in how the story unfolds and is understood. Director Kidlat Tahimik stars in the film, with dialogue in tagalog, but then dubs his dialogue into English. The film is peppered sound effects that punctuate his very Filipino humor to tell his very Filipino sorrows.

An epic film about the decline/transformation of a rich family surviving japanese occupation in World War II. People, even within the same family, learn and practice survival very differently with ruinous consequences. So devastating and beautiful and sad.

The film centers around a young woman who claims to have seen the virgin mary; the community is torn because of this religious event. The film explores how religion is a performative act of the body, not unlike sex, and how it too has material consequences. Interestingly, this very anti-dictatorship film was funded by the Marcos regime itself under the experimental cinema of the Philippines program. The famous tagline of the film: “there are no miracles! miracles are in people’s hearts, in all our hearts! we are the ones who make miracles, we are the ones who make curses and gods…” the film starts mega-superstar Nora Aunor, a household name. She still has a huge fanatic following to this day. In a society steeped with colonial mentality—whose showbiz clearly preferred (and still prefers) stars with white skin and pointy noses—she was the first brown-skinned “morena” Filipina actress to reach stardom in the Philippines with her captivating performances.

In mockumentary style, the film is about a middle-aged Filipino man who relocated to the States and is just now starting to reflect on his past. He tries to find out what happened to his grandfather at the 1904 world’s fair in Missouri, USA, where his grandfather was part of the “Living Exhibitions.” The film is an incredible blend of fiction-history that questions and critiques American imperialism and how it still affects Filipinos and the Filipino diaspora. The film examines how history is written and erased. One of my personal favorites.

This one’s just 45 minutes—so short compared to Lav Diaz’s regular 5-10 hour films! The film is about a young white canadian woman who, on holiday, returns to a small mining town in the Philippines where she grew up (her parents were in the mining business). One of her family’s close friends in the town, along with her childhood friend, is tempted to kidnap her for money. If you’re feeling brave enough to tackle Diaz’s other filmography, I’d recommend Norte, hangganan ng kasaysayan (north, end of history; four hours and eleven minutes long) and Batang West Side (five hours and 15 minutes) as starters.

Thanks much Kenji and Bernadette!