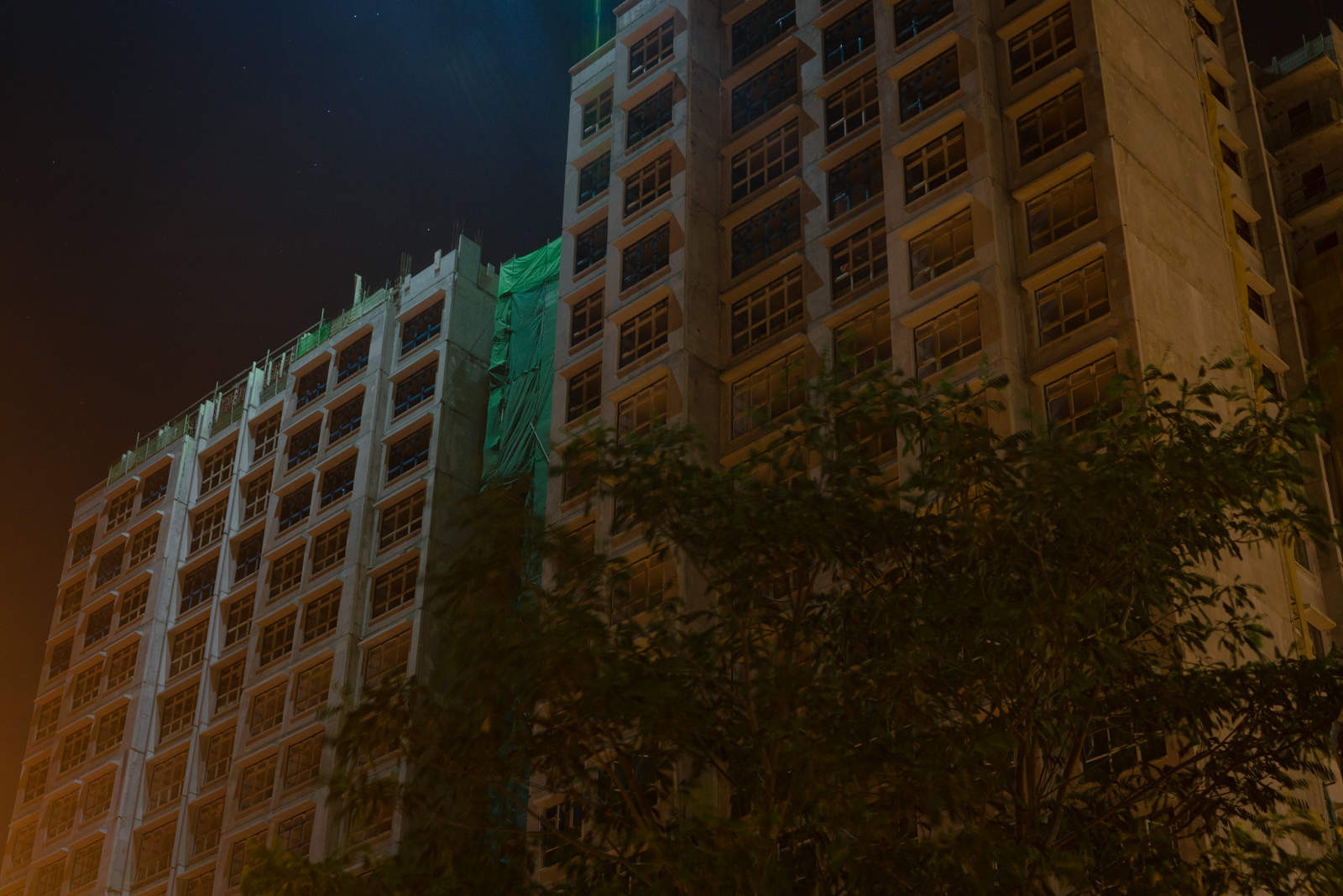 On 19 August 2007, Prime Minister Lee Hsien Loong introduced the Punggol 21+ initiative to transform Punggol, located in Northeast Singapore, into “a waterfront town of the 21st century”.

The word Punggol is derived from the Malay word pengger (dead branches) and is expressed by some as ‘hurling sticks at the branches of fruit trees to bring them down to the ground’. Punggol was initially coined Tanjong Rangon on a map under the Jackson Plan of 1822. The Jackson Plan, also known as the “Plan of the Town of Singapore”, was devised by Sir Stamford Raffles as a blueprint for rapid urbanisation and order in the colony of Singapore. The plan, named after Lieutenant Philip Jackson, the colony’s engineer and land surveyor, divided Singapore into ethnic functional subdivisions and laid the land out in a grid pattern.

Unbeknownst to many, Punggol was also home to Singapore’s first public zoo owned by wealthy Indian trader William Lawrence Soma Basapa, between 1920s and 1940s. Basapa, nicknamed ‘Animal Man’, was often accompanied by a big Bengal tiger named Apay. Punggol Zoo or Babujan Zoo as it was sometimes called, had a collection of 200 animals and 2,000 birds. The press called it a “Noah’s Ark”. Albert Einstein, the father of modern physics, was one of its first visitors in 1922 and said it was “ a wonderful zoological garden.”

The zoo was eventually taken over and destroyed by the British Army to fight the Japanese invasion in 1942. The British shot the animals and freed the birds. ‘Animal Man’ was devastated and passed away a year later in 1943. Nearby at Punggol Beach, 400 Chinese civilians were also massacred by the invading Japanese Hojo Kempei firing squad. The victims were detainees arrested from nearby Upper Serangoon Road. China-born migrants who came to Malaya after the Second Sino-Japanese War (1937–1945) were amongst those targeted as ‘undesirables’. The massacre is referred to as Sook Ching 肅清, meaning “purge through cleansing”.

Today, fifty years into independence, Punggol and its surrounding land is a frontier in a nation’s continuing dream towards a modern, civilised world.

NORTHEAST HINTERLAND is a series of nocturnes of the area, when sleep and sight are paradoxical, when histories, mythologies and legacies of the land play hide and seek with the past, present and future of its custodianship.

Hinterland, from the German word hinter, refers to a remote area beyond major metropolitan or cultural centers, beyond what is visible or known.

According to ‘Kamus Dewan Bahasa and Pustaka’ (Dictionary of Language and Literature) there is an idiom ‘Punggur rebah, belatak menumpang mati’; meaning that if the person who is a protector (such as an employer, etc.) falls, the soldiers will fall as a consequence.

There is a Chinese saying Jianbude Guang 见不得光 meaning ‘that which can’t see the light of day’. It is an intriguing expression.

The night is an interesting time. An REM state between a past dusk and the dawn of a new day where everything is merely transient. In the dark we cannot see so our eyes give way to our minds for sight, whereby we predict and imagine. And this imagination is usually moulded from either fear or wonderment, what we know and what we don’t. Our fate lies in the hands of those who have power and light and our path is determined by where they choose to beam and illuminate.

The night cloaks and the moon, an obscure distant mirror, renders a surreal palette of hues and colours that lack the direct luminance of the sun.

I chanced upon the baroque nocturnes of Dutch Golden Age painter Aert van der Neer after making my own images, and found comfort in his veiled yet vivid nightscapes.

I wanted to explore the idea of narratives, and the culture of fear and of wonderment. All of which can be imagined or manufactured.

Specific to photography, I wanted to explore seeing in the dark through long exposures beyond the possibilities of my own eyes.

I was born in Fiji where the minority Chinese diaspora is a little over 0.5% of the country’s population. The majority are native Fijians and Indians brought over as indentured labourers by the British. I remember running barefoot across the fields. In 1987, there were 2 coups d’état that overthrew the “Indian-dominated” government of Fijian PM Timoci Bavadra and resulted in the deposition of Elizabeth II as Queen of Fiji, and in the declaration of a republic. The Indians were viewed as an “immigrant race” and their supposed threat to indigenous Fijian culture were religious and political.I am now a citizen of Singapore where the Chinese are the majority at 74%.

My maternal grandfather had come to Singapore after the Sino-Chinese War (1937–1945) and disappeared soon after. My mother’s memories of him are vague, if non-existent. His name was Luo Gen Ji, but she isn’t entirely sure. He apparently worked in carpentry on a wharf in Singapore. During the first few years, he had sent money and letters back home. Then one day it stopped and no word nor sight ever since. The disappearance coincides with Japan’s invasion and occupation of Singapore in the early 1940’s during the World War. It is firmly believed that he perished at the hands of the Japanese Military.

With time and age, I’ve become more and more interested in the Singapore story and identity, which now directly corresponds to my own. I am considered a new migrant.

Malay and Fijian are derivatives of the Austronesian language family. Austronesian is one of two largest language families in the world, with roughly one-fifth of the total languages in the world. There are many similar words. For example, Lima is Five, Kutu is louse, Makan in Malay, Kana in Fijian means to eat, Ratu in Fijian or Datu, Datuk in Malay is used as a title for persons of chiefly rank.

The waters at Punggol Beach, site of the Sook Ching Massacre, are illuminated gently by the Johor port lights of Malaysia a few hundred meters away. And in many ways, I find Singapore and Malaysia mirror and reflect each other.

In a conversation with renowned Indonesian photojournalist and curator Oscar Motulloh, he said “The images of each generation of photographers are made of the logos of their times.” What are our logos today?

Civilisations are cyclical and repetitive. One is not unlike the other. Progress is violent. The ruling class, the majority, will always ensure their own survival by dominating over other kinds, breeds, species.

Plankton bloom in February 2015 along the North and East shores saw thousands of fish die and get washed up along the shores. They were deprived of oxygen by the growth of micro-organisms, much smaller beings but in this case, most definitely more deadly.

Fireflies are nocturnal beetles of the Lampyridae family. They take in oxygen and combine it with a substance called luciferin (from the Latin word lucifer, “light-bringer”) to produce heatless light. Fireflies use their light to both court mates and fight predators.

Many catfish are nocturnal. But some are crepuscular, active during twilight at dawn or dusk. Catfish are also bottom feeders.

Singapore FLAT, by Tham Jing Wen
The Space Between Us, by Grace Baey
A Great Time To Be A Photographer In Singapore – Ore Huiying