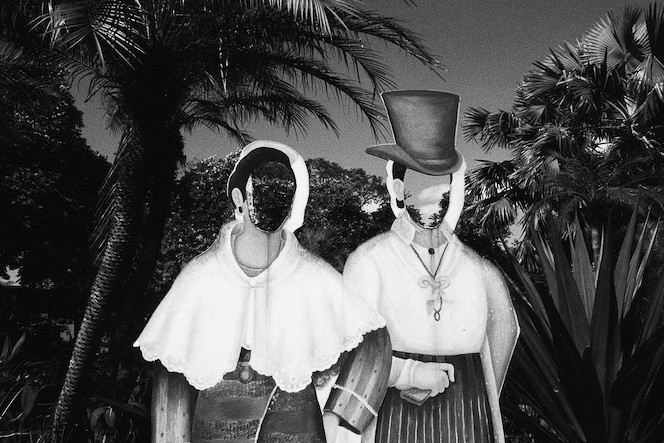 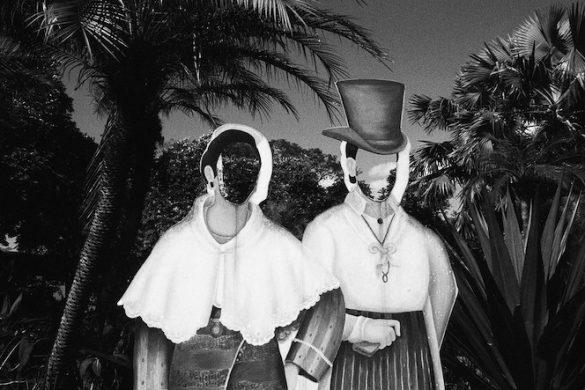 For the Filipino, every facet of life is considered sacred, with a special spiritual significance. Any simple attempt at describing the belief systems native to a Filipino is likely to be inadequate. The philosopher Georg Hegel believed that art, by its very nature, reflects the culture of the time in which it is created. Art after all is a product of an artist’s time and he therefore brings that culture to any given work of art. The Filipino artist is unique in this sense when juxtaposed with the rest of his Asian and Western counterparts. He comes from an archipelago composed of 7,107 islands in Southeast Asia, and is greatly influenced by the country’s history of popular struggles.

One unparalleled historical factor explains the distinctiveness of the Philippines in Asia: an early and prolonged character of direct colonial domination. Colonialism in the Philippines began in the sixteenth century, as in Latin America – 300 years earlier than most Asian countries. The worldview of the Filipino reflects a strong Hispanic and Christianized influence, with the Catholic Church contributing to this by translating into vernacular languages an edifying metropolitan literature. This strong cultural integration developed an original culture combining oriental and western tradition. The Filipino is the fruit of this integration. And what is integral in this integration is the faith (pananampalataya) of its people – a faith in a force (tadhana) that determines the destiny of its people. 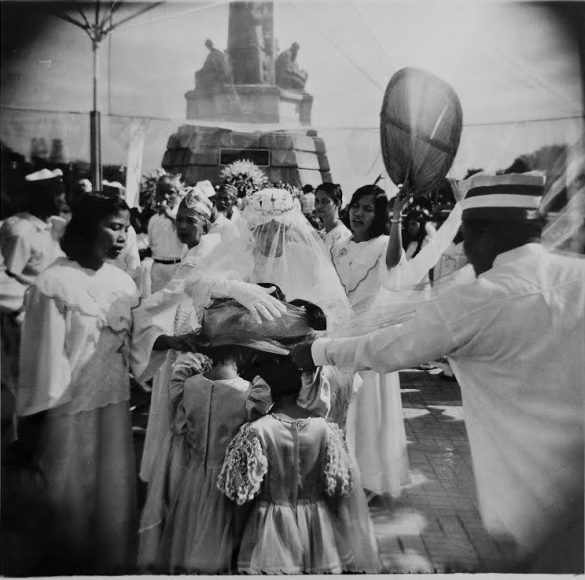 Featuring the works of:

Harnessing traditional darkroom techniques, Jose Enrique Soriano’s rich archive of fine art photographic prints from extensive travels and coverage all over Asia, Europe and North America will be represented by Asian Eye. For this exhibit, Soriano’s work provides the collector a glimpse of the Spanish colonial heritage of the Philippines, and the strong, even considered fatalistic tenacity of the Filipino people. Soriano, who is known for his strong portraiture and documentary work, will exhibit exclusive work which highlights various acts of faith during what is considered a Holy Week in the Roman Catholic religion. The exhibit will feature Filipinos practicing ‘magdrame,’ an extreme form of mortification of their own flesh by whipping it with various instruments. Flagellants roam the streets of Manila, the country’s capital, whipping their backs with bamboo lashes called burilyos. Soriano brings to the exhibit over 25 years of experience as a photographer and photo editor for the Singapore Straits Times (1994-2004) and Khaleej Times (2008-2010. Soriano has been represented by Contact Press Images, New York; Agence Vu, Paris; and Network Photographers, London; and has been a contributor to various documentary projects for news and advocacy. Soriano is best known for the Prix Ville De Paris exhibition grant to photograph Paris during its Bicentennial, exhibited in the Espace Photographique in Paris, Alliance Francaise in Manila; and the Caltex House in Singapore. 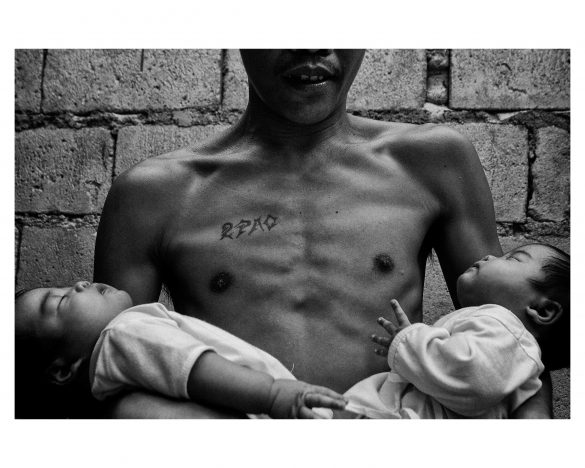 Veejay Villafranca, a documentary photographer from the Philippines, contributes moving images that revolve around the evolution of faith and religious practices. Villafranca’s growing body of work, “Faith above Fate” aims to provide collectors an idea of his four-pronged project covering rituals in the island of Siquijor, the feast of the Black Nazarene, penitence and faith-healing. Known internationally for photography projects dealing with Filipino culture, Villafranca has exhibited around the globe after winning the prestigious Ian Parry Art scholarship in London in 2008 and receiving the Crossing Point artist residency program during the Festival Visa pour l’Image 2008 in Perpignan. He also received the 2008 Ian Parry Scholarship award for his project on the lives of former gang members in an urban poor compound in the city of Manila. He was also a participant in the prestigious 2013 Joop Swart Masterclass, and is currently focused on his advocacy project on climate change refugees.

Jake Verzosa is a freelance photographer based in the Philippines. His portrait series “The Last Tattooed Women of Kalinga” took three years to complete, photographing the women in remote villages in the Philippines. This body of work has been exhibited in Denmark, France, Japan, Korea, the Netherlands and Singapore. It is in the permanent collection of Musee Nicephore Niepce in Chalon-sur-Saone, France. His most recent exhibit and book launch was in the prestigious 2014 Paris Photo fair. 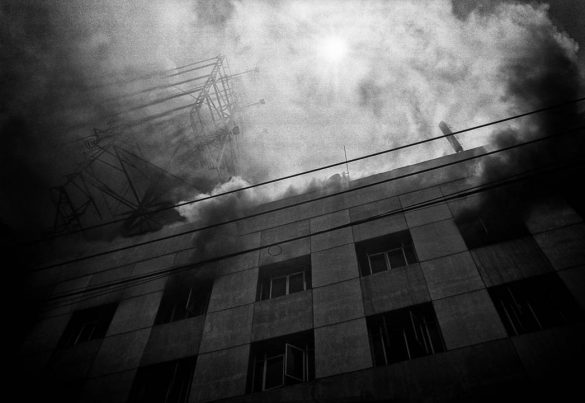 Carlo Gabuco is best known for his mixed media works of art, and as a painter and photographer, he seeks to portray the elusive and disturbing images of the times: scenes missed by the wide scope of media. Gabuco started working on personal projects since 2010. Prowling the streets of Manila he began his famous ‘at the metro’ photography series, and is now working on several long term photography projects. Gabuco has held annual one-man exhibitions in the Cultural Center of the Philippines and has participated in group exhibitions across the Philippines, Malaysia, South Korea, and the UK. After emerging as a finalist in the 2006 Philippine Art Awards, he completed a series of artist residencies at CASA San Miguel in Zambales (2007), Project Space Pilipinas (2008), HOM in Kuala Lumpur (2009), NEAR Dangsan in South Korea (2009) and The Artesan Gallery + Studio in Singapore (2011). Gabuco holds a degree in Fine Arts (Painting) from the Philippine Women’s University. 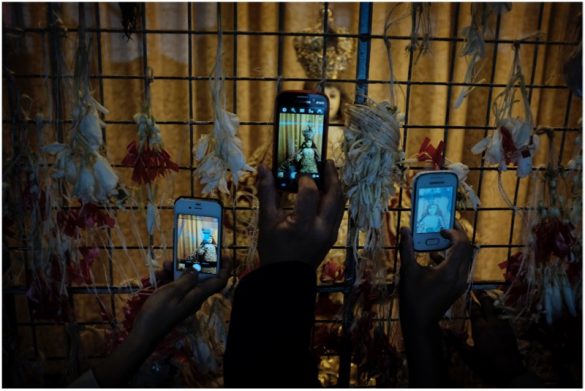 Jes Aznar is a full time documentary photographer based in the Philippines. Focusing mainly on the Philippines’ feudal present and the hegemony of conquering powers, he travels and shoots to find his country’s place in this new globalized order. His photographs not only want to portray the banality of daily lives of the ‘Indios’ but try to present a different perspective, often challenging the dominant culture and the status quo. After quitting a lucrative job in advertising to pursue photography, he has since worked on issues of feudalism and imperialist capitalism affecting his own country. His documentary work on feudalism and the complicated roots of conflict in the restive regions of Mindanao launched his career as a photojournalist. He worked for Agence France Presse and is currently a regular contributor for The New York Times. He recently won best in photojournalism at the 2014 Society of Publishers in Asia awards for covering typhoon Haiyan and the 2015 EU Peace Journalism Awards, and is a fellow at the 2015 annual New York Times Photo Review.