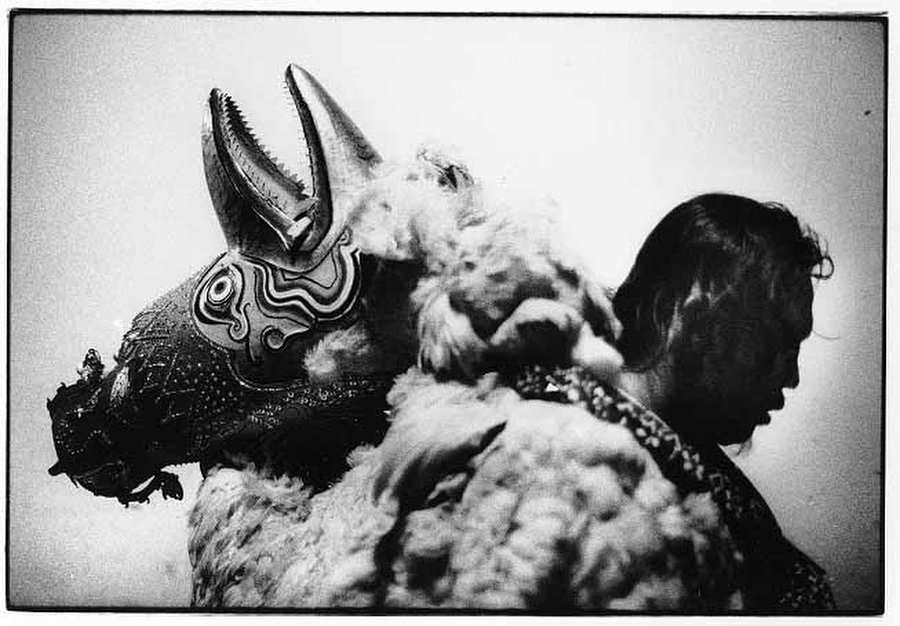 Yogyakarta is a former Javanese Kingdom city, a live-site that survive for hundreds years, develops in various stack and intersection with other cultures, especially the Islamic cultural and the presence of Netherlands’ colonialism.

Yogyakarta now constitutes par excellence prototype of a big entity called ‘Java’. Formerly, this city constituted one of the governmental centers of the agricultural kingdom that had been influential at the central of Java. Certainly, long before the Yogyakarta kingdom was established, in Java there had been various ancient kingdoms that adhere Hindu religion. Various ancient artifacts such as the monumental Borobudur and Prambanan temples show the indeed influences of Hinduism and Buddhism at Java. After the downfall of those ancient kingdoms followed by the coming of Islamic people and the Dutch colonialism, the old Java socio-cultural system experiences fundamental changes, primarily in the world view of its community. These interactions with new cultures until now have been lasting for about five hundred years.

After the colonial forces leave Java, followed by the revolution period, a transitional process toward the independence, then a nation state named Indonesia develops. Yogyakarta has had an important role in the nation reconstruction process. Along with development of the nation-state Indonesia a huge project called “modernization” was initiated. Numerous city in Java, including Yogyakarta were running into the process of modernization. After experiencing two generation of authoritarian governments, the feudal-agricultural legitimacy of this former kingdom city has shifted to become a city of multi-cultural and multi ethnic. However, the syncretistic cosmologic atmosphere, a typical characteristic of a Javanish world view, is still very strong.

Today in Yogyakarta there are two primary entities: the modernization process with all cultural and symbolic consequences such as modern communication technologies, television, parabolic antenna, the industrial culture that is growing bigger with all of the infrastructures, as well as various symbols of globalization process such as tourism, internet, shopping-mall, McDonald’s, and so on one hand, and on the other hand there is a custom, cosmological tradition that is syncretic and with a mystical world view. People live with modern facilities, and simultaneously practice the various traditional rites. People still believe in the presence of magical spirits, offer the sacrifice toward the southern sea powers and the volcano guard spirits, and above all they are still practicing all the Javanese beliefs as an inherent part of the everyday live.

The identification of the native people Yogyakarta toward the tremendous external cosmological powers, an Javanish belief toward the macro-cosmos that determine the micro-cosmos. Macro-cosmos in a theophany hat must be geared with the psychological conditions in addressing reality. In the native Javanese’s view life is a relentless process to attempt to position between the macro-cosmos (universe) and the internal/mind state in a harmonious relationship. These myths about the magical powers are not something artificial and strange, but constitute a real part of the life itself. The Javanese find cosmological identification in various imaginary stories, folklore, primarily from the epic stories of Ramayana and Mahabharata discourses that come from India. From these imaginary stories the Javanese develop a very complicated self-identification mechanism. Various speculative and metaphysical thinking develop significantly, transcending the culture surrounding them. While on the other hand, the puritan Moslem, some combine that Javanish syncretic view with their world view, and the other reject it. And today, in the modern realm, all meet, overlap, intersect each other, cross, become a “cultural” blend in very heterogeneous identity variants.

On one side the Yogya people are very egalitarian, rational, and certainly very plural, but on the other side, the irrational, mystical, syncretical and feudalistic atmosphere and point of view are still very strong. The elders, women, farmers, merchants, public servants, students mix together within a social space that similar with the interaction process in an old village with a city face and the population density that typical of the third world. Around the palace walls, on the streets, in the Javanish architectural settlements, people live with an inert, contemplative, mystical rhythm, but also noisy and full of polluting smokes. Some of the native citizens with a more Javanish character live with a thin boundary between the imaginary and the real realities. Within the Javanish world view, the clear boundary between imaginary and the real is almost impossible to draw. The vagueness between the fictitious and the fact is a world that often appears intensely at the face of the Javanese in Yogyakarta. Indeed that intensity appear as a secure identity, a preserved peacefulness. But now that peacefulness is under assault and attacked by modernity.

Today, the city’s face is full of shock. Anxiety, panic, and nervous appears when that peacefulness and calmness begin to undermine and erode. The basic pillars of its world view become shaky, fragile, and even near ruined. The face of this city, and its people too, is in the midst of a tremendous shake. Nevertheless, like the Javanese character that is introvert and contemplative, that shake and crash occurs not much as an explosion, as an explicit panic, but as something like “shakiness in silence”. A rather defensive attitude, but full with turbulence and thundering within the soul. This shakiness in silence is appear clearly in the atmosphere everywhere, in the whole networks of this city. The hidden anxiety, the identity shakiness, the fall-off of the mystical world, the sharper and sharper segregation between the imaginary and the real world, the soul’s panic, the submission, the despair, the expectations and dreams, escapism, hidden optimism, now are reflected on the entire face on this city, on the walls beside the streets, on the gates and fences of the houses in various settlements, reflected in the twilight and shaded sky, indeed a little gloomy, like in the fairy tale realm, whereas everywhere grow the sky-scrapper hotels, modern stores and supermarkets, glittering shop windows, various universities with their students who crowd this city more and more, as well as the growing number of tourists from Europe, America, and Asia, this city is a place where various new mythologies emerged. Now Look! The mythologies grow at the streets, in an old city of Java, Yogyakarta.

Sumatran-born photographer Shamow’el Rama Surya (b. 1970) has a new photobook ‘A Certain Grace’ published by Afterhours Books available on their website: www.afterhoursbooks.com.