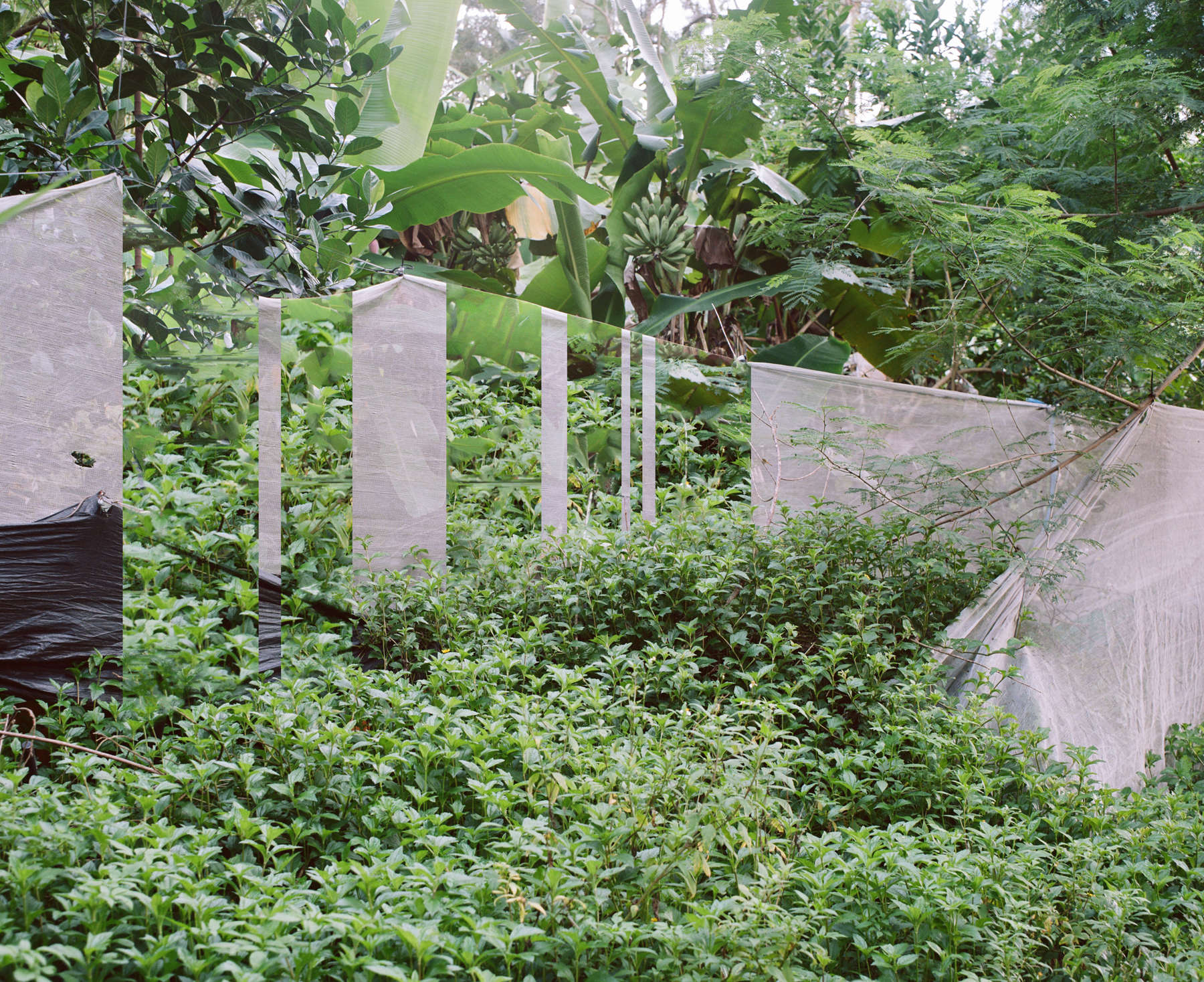 In the beginning, the world was, quite literally, boundless.

In 1970s Hong Kong, local government granted male indigenous inhabitants the privilege of building small village houses in the countryside in return for their cooperation with the government’s rural development plans. This had a sudden effect. Public and accessible land and nature were grabbed and protected by the exact group of people.

Out in the wild, the word ‘development’ implies a much more crude and straightforward form of repurposing vacant lands. The procedure differs slightly for each land owner, but all construction starts with a ‘declaration of ownership’. The government recognised the landowner rights to the land, but in the broad shrublands where every area looks the same, the owners needed a more direct way to communicate their property right. This often entailed a physical separation of land.

Decades of New Territories Small House Policy has shredded the countryside into fragments of private lands. Ownership heightens the sense of exclusion and the psychological need to distinguish between ‘us’ and ‘others’. Villagers began devising inventive ways to denote their territories. Signs are put up to keep outsiders away, bright-coloured strings are placed on the ground to mark parking spaces. Undeveloped shrub-ridden private lands are separated by barriers from the identical looking flatland ‘outside’. These makeshift instrumental structures transform into eerie sculptures in the vast natural landscape, signifying power relations that is non-existent in the world before human intervention.

In this project, I examine the various strategies of human intervention in the wild, from the long-existing rural endeavor to a more elaborate effort during the recent surge of housing development in Yuen Long. These structures are the materialised representation of ownership. They are symbols of social power and control. Boundaries and borders, I suspect, are the starting point of humanity’s alienation from nature.