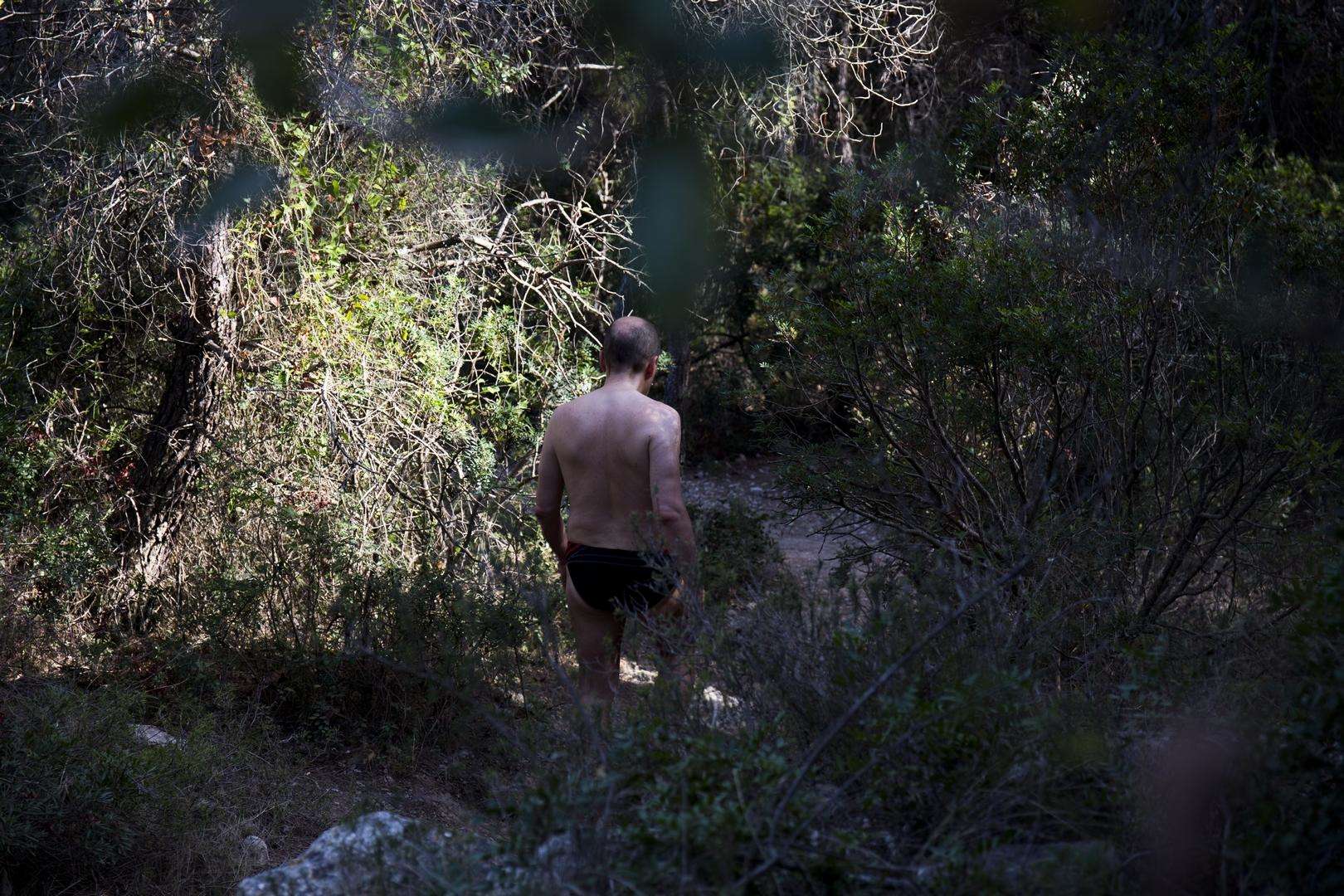 “To remain being a man is not only something absurd, It is also something outdated.” Jordi Roca, 2012

The city is a modern idea and construct built with purpose and mandate to serve the needs of human settlement. What is right or wrong is determined by the moral majority. Those who conform, physically and behaviourally, accept the walls, paths, roads and rules of the city. Those who don’t are left to their own devices and stray to vague spaces open to re-interpretation and purpose.

This project explores the forest park of Cataluna city in Spain, a space repurposed by a community of homosexual men who cruise for anonymous sexual encounters. Their extreme simplification of sexual relationships, considered deviant by society at large, is a navigation of place and belonging in the city’s complex system of norm and order. For most of the men, it is not merely a matter of how long and ordered one’s life is, but how intense, instinctive and human one feels.

Katia Repina worked on her project ‘I Don’t Need To Know You’ during the IPA Mentorship Program. Click to view: More Mentorship Projects.