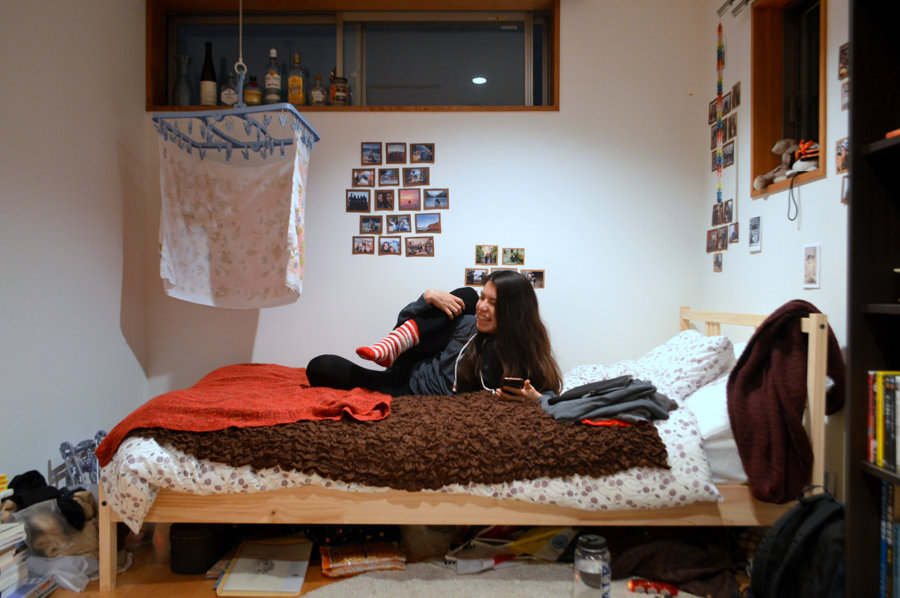 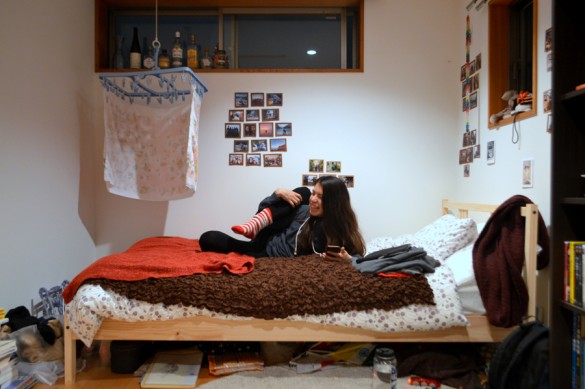 Saya, Japan. Saya is half Japanese, half American, and born and raised in Japan. She, too, takes with her memories, but those of a second home: photos with friends from last year spent in Canada and a signed Canadian flag. Her experience in multi-cultural Vancouver helped her embrace her mixed-heritage identity. Back her home country, it reminds her she can be who she is not just in her own room, but outside it as well.

More people live alone now than at any other time in history. Nearly half of Manhattan’s residents live alone, and in Paris, Stockholm and Tokyo, rates are higher than fifty percent.

The thought of living alone in a big city easily conjures stereotypically post-modern images of the isolated individual, alone and disconnected in a city of strangers. Nowhere else is this notion of loneliness more prominent than in Tokyo, an amazing, magical, yet chaotically disconcerting, culturally isolating place. More often than not, it seems made for solitude. Buildings upon buildings of rooms upon rooms, windows upon windows – the contemporary Tokyo story is that of the “shoe-box” solo apartment, especially for the young and struggling, carving out homes in “6-tatami” mat rooms as they try making their way in the world. 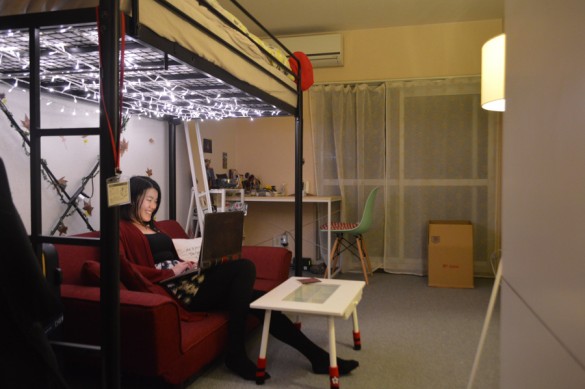 Yue Chin, Singapore. Yue Chin lives alone in an area far out from the citer center, but enjoys the coziness of her room. A person of varied interests, these are well reflected in her room – from a bowl she made in pottery class, to souvenirs and photos from field trips she’s taken as a student of the environmental sciences. 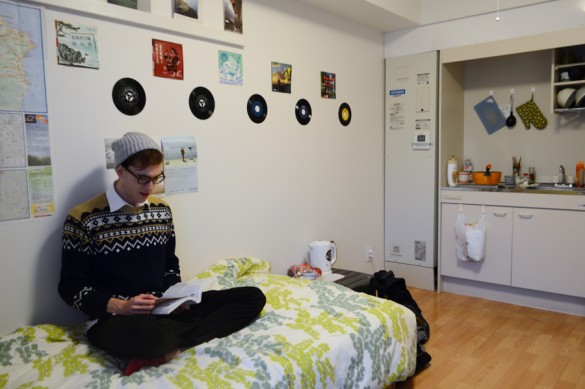 Nick, Australia. Nick takes with him a piece of a different home – Taiwan. His stay in that country first ignited his personal and academic interest in East Asia, bringing him too, to Japan. While Tokyo has been more easily isolating than other places he’s lived in, he’s has slowly come to see the city as yet another home.

Yet, must living alone today mean loneliness? Sociologist Eric Klinenberg argued that living alone celebrates modern values and what Emile Durkheim called the cult of the individual – freedom, personal control, privacy, and self realization. What then, is the contemporary experience of solitude like, especially in a city like Tokyo, as simultaneously socially connected and as it is disconnected?

Drawing on my own experience as a foreign student in Tokyo, this project opens doors into the lives of young students from different parts of the world, all of whom have converged upon in city in tiny shoe-box spaces of their own.

What is the experience of living alone like for them, away from home and stranger in a foreign land? Faced with a dual prospect of solitude – physically and culturally – how do we construct, in our limited spaces, an identity and belonging of our own? What do we take with us, and what do we leave behind? Freed from the limits of familial constraints, do we embrace new-found freedom, or seize tighter onto our connections with home? What is home, can we build homes alone?

What memories and ties, passions and dreams do these rooms hold? 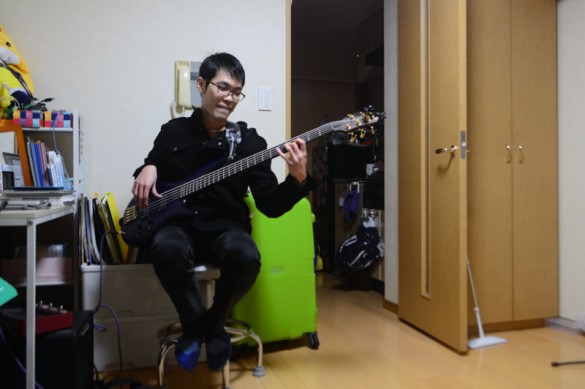 Shunji, Singapore. Shunji is both student and musician. A bookshelf of university textbooks stand beside his fully packed CD rack. Shunji’s passion for music is what lured him to Tokyo to embark on his studies, and his time is spent alternately between his passion and his duty. 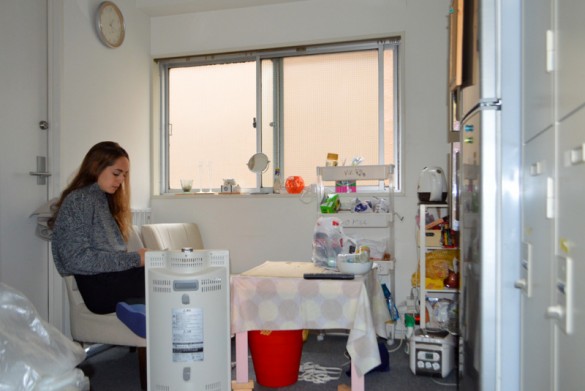 Sara, Spain. Unlike the rest, Sara lives in a small apartment with three other girls. Language barriers and cultural differences, however, makes her space as isolating – or even more – than living alone. She misses having a good kitchen and eating area for enjoying a meal with friends and family. 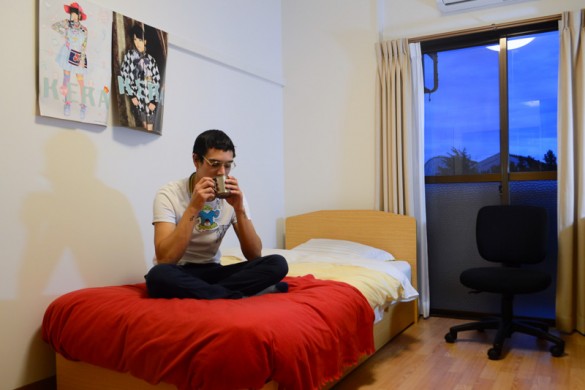 Gaston, Chile. Gaston enjoys the freedom of solitude – it builds an independence of mind. Gaston doesn’t own or need much, and his room is clean and sparse. He spends on what he finds worthwhile – art and fashion, and often a combination of both. 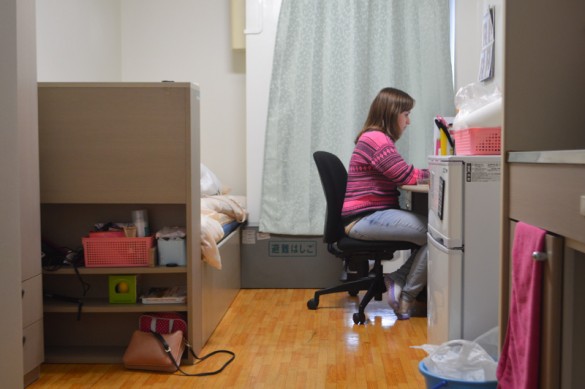 Aislinn, Australia. Easily anxious, especially away from her family in a city so culturally unfamiliar, Aislinn sees her room as the only place she feels completely safe – for everything is, at least, familiar. Her family sends her food from Australia every month. It is her source of comfort, and her connection to home. 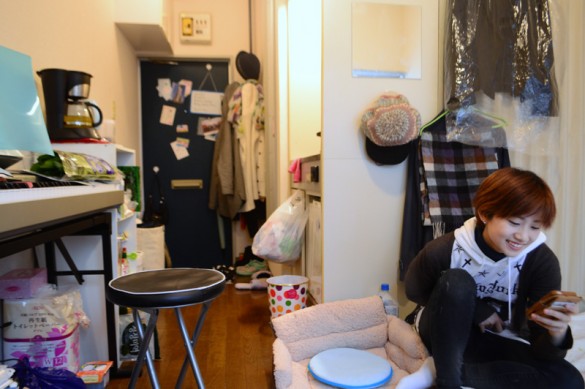 Yen, South Korea. In contrast, Yen’s room is packed with her belongings, an accumulation of her life built here. She keeps herself occupied by cooking and playing the keyboard. It’s not always done alone – friends sometimes come over for a cosy meal. 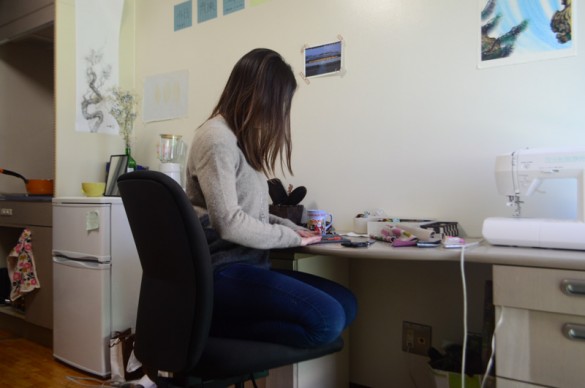 Ciara, Ireland. Ciara is interested in fashion design, and came to Tokyo for the vibrancy of its fashion scene. Her room is also far out, quiet, and isolating, but spending alone time making things for her friends and family connects her to them, and sustains the passion that brought her here. 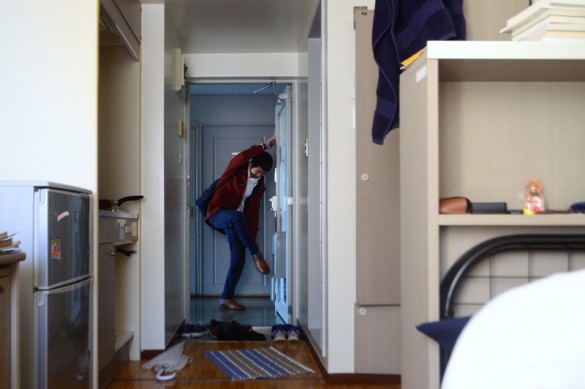 Matt, Hawaii, USA. Matt, a fourth-generation Japanese-American who before this had never been to Japan and spoke no Japanese, is not used to the Tokyo’s isolating living arrangements. He takes with him a piece of home – an old map of the city given by his grandmother, who first brought it to America decades ago.

Life In A Love, by Shwe Wutt Hmon
Turf Dreams, by Jeffrey Liam
Photobook: 50 Essays from 50 Photographers in Singapore