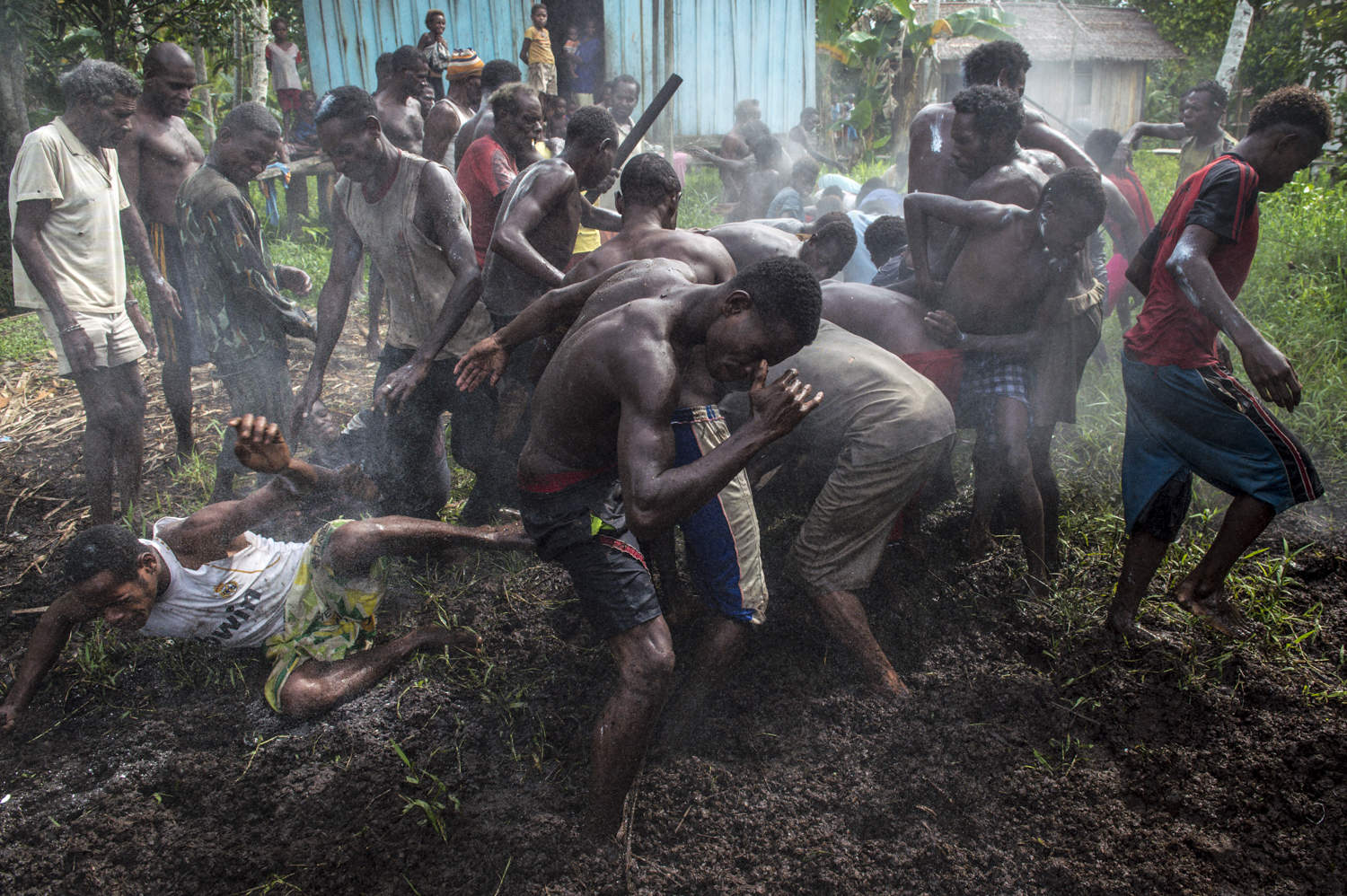 If we search Asmat on Google this is what we get… First and foremost, the Asmat are famous for their art and ritual objects collected in the biggest museums in Europe and North America, especially the Met when Michael Rockefeller went on an art-hunting expedition (part of Harvard Peabody lead by Bob Gardner to the Dani).

But the Asmat gained notoriety too for the disappearance of the same Michael Rockefeller. They were labeled cannibals, headhunters, and primitive people living in the Stone Age. And people often portray them as such. Stereotypes are commonplace and problematic.

The Asmat today face new issues and challenges. Ever since Indonesia annexed West Papua from Dutch New Guinea, the Indonesian government’s transmigration program has brought an influx of foreigners (from other islands of Indonesia), leading to construction projects, environmental damages, and outside influence. More often than not, this results in widespread and undetected human rights abuse. The Asmat people are becoming marginalised in their own land, having to live with foreigners and other migrating Papuan ethnic groups.

Similarly, Asmat rituals are being slowly diminished, being intertwined with the religious tensions between the Catholic majority of Asmat and Islam brought in by the foreigners. The foreigners own most businesses which render the Asmats economically disadvantaged. So how do they live in this multi-complex society?

I chose to photograph the Asmat with the intention to raise awareness of their condition and plight, and to reinvestigate the consequences of ‘progress’ and ‘development’. Asmat is not a blank canvas where outside forces can simply project influence upon them. They have their own way to respond, what their responses are makes it difficult to predict their future.

With the Asmat, things happen in fragments. One day there is fire in Agats and on another there are shootings in the village of Atsj. And other times there are rituals and feasts taking place. I hope to observe and document what passes.

The Half Breath Battle, by Yoppy Pieter
Photography in Southeast Asia: A Survey, by Zhuang Wubin
Conscious-Unconscious: A Personal Landscape, by Henrycus Napit Sunargo