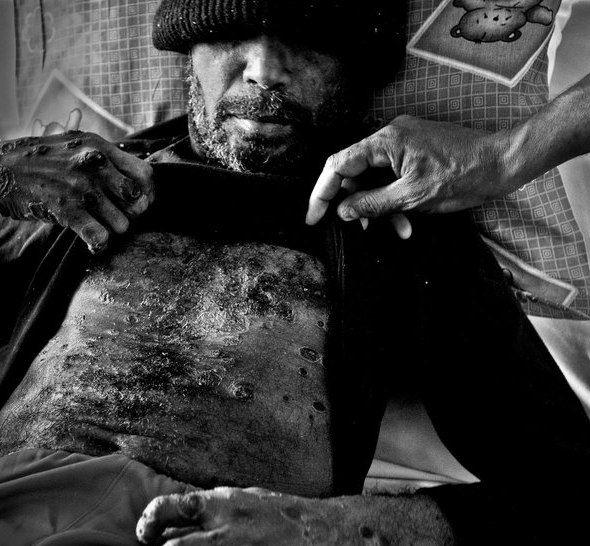 Currently, Papua has the highest HIV/AIDS infection rate in the country, 15 times higher than the national average and the highest HIV/AIDS prevalence outside of Africa. Indigenous Papuans are also deprived of the essential awareness of HIV/AIDS and the knowledge of how to prevent infection. Those who are suspected of having the HIV virus have restricted access to get immediate testing and indigenous Papuans already living with HIV/AIDS or ODHA are lacking sufficient care and counseling.

The plight of indigenous Papuans is under documented. There are very few articles and images depicting the issue accurately and thoroughly.