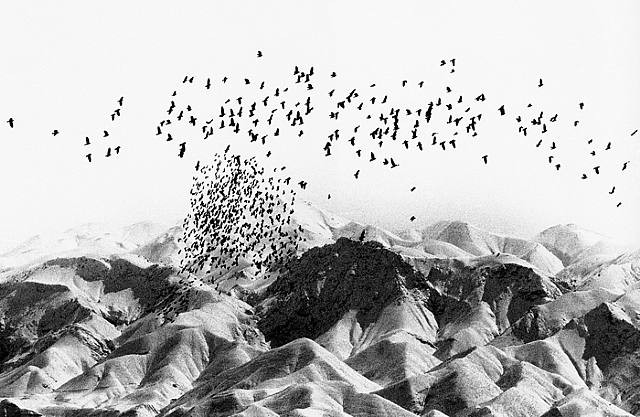 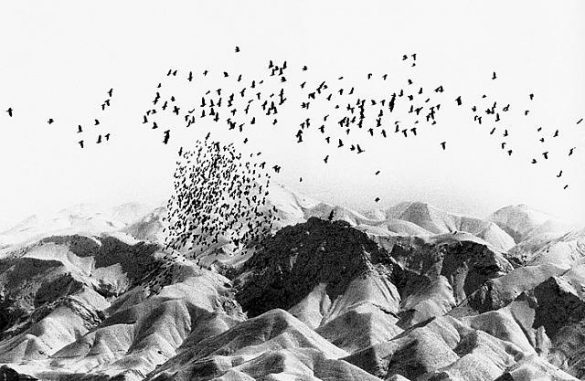 The late great Abbas Kiarostami (1940–2016) had expressed greater love for the stillness of photography over, what he described as, unwelcome movements in cinema. “Photography is the mother of cinema,” he said.

An apt description somewhat, if you too sympathise – consider this scene of an old mother, still and quiet, gazing at her eager idle child, with ‘time’ on his side. Kiarostami’s first failed love though was painting, as he admitted in an interview with TIFF Cinematheque.

Kiarostami picked up photography in 1979 when the revolution in Iran made it difficult for him to make films. He described his self-taught photography as a parallel activity to his film-making in that they both interact and influence each other. Kiarostami picked a photograph from his Rain series for The Guardian’s My Best Shot. “I’ve often noticed that we are not able to look at what we have in front of us, unless it’s inside a frame,” He said. 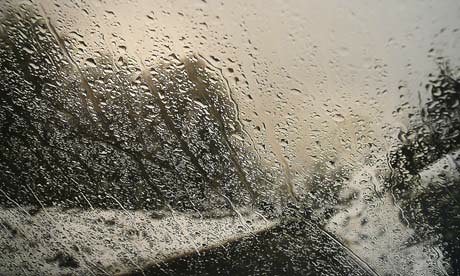 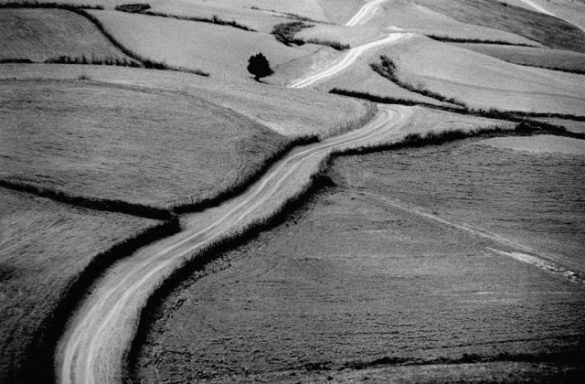 Kiarostami had also photographed ‘Doors Without Keys’ in Iran, France, Morocco and Italy; Roads and Rains; and snow-covered landscapes of Iran. He was part of a generation of filmmakers in the Iranian New Wave of the sixties and his films of note include A Taste of Cherry (1997), Certified Copy (2010), and Close-Up (1990) which he confesses is his personal favourite.

One of the most important decisions Kiarostami counted as having made was remaining in Iran after the 1979 revolution, when many of his peers fled abroad. “When you take a tree that is rooted in the ground, and transfer it from one place to another, the tree will no longer bear fruit. And if it does, the fruit will not be as good as it was in its original place. This is a rule of nature. I think if I had left my country, I would be the same as the tree.” He said of his decision.

Quotable quotes from Abbas Kiarostami on photography, art and cinema.

~
“I’ve often noticed that we are not able to look at what we have in front of us, unless it’s inside a frame.”

“I am a tree that is rooted in the ground.”

“It’s said that in the beginning was the word, but for me the beginning is always an image. When I think about a conversation, it always starts with images. And what I love about photography is the inscription of a single moment: it’s completely ephemeral. You take the photograph, and one second later, everything has changed.”

“There are a lot of films that seem to be boring, but they are decent films. On the other hand, there are films that nail you to your seat and overwhelm you to the point that you forget everything, but you feel cheated later. I prefer the films that put their audience to sleep in the theater. I think those films are kind enough to allow you a nice nap and not leave you disturbed when you leave the theater.”

“I realise that without really wanting to, I’m drawn to unique people. Since we can’t put every single person in front of our camera, we have to look for special people or ordinary people in special circumstances.”

“I can’t really say when the subject of roads and ways came to me. Perhaps I can say – from the beginnings of my photography – but I can’t say why – why roads?… It’s clear why the road has been a favourite subject for poets and writers. The images clearly appears frequently in classical Persian literature, in contemporary poetry and Japanese haiku. For Sohrab, the modern poet, the road is exile, wind, song, travel and restlessness.”

“The capability to dream is the most human characteristic, shared not proportionately but enough for each. Though all of us dream, only one of us can talk about our dreams. The imagination is one of the most distinct and extraordinary gifts granted to human beings. We are aware of our other senses, such as sight, taste and hearing, and we are grateful for them. But we don’t seem to know what immense possibilities are open to us through the imagination. What is the function of dreaming? Where did it come from? Why do we have the ability to dream? And why must we dream? If it doesn’t have function in our life, then what is the reason for it? I finally found a reason. When do we resort to dreaming? At times when we are unhappy with our circumstances. And how extraordinary is it that no dictatorship in the world can control it? No system of inquisition can control one’s fantasies. They can throw you in jail, but you still have the ability to live your sentence outside the prison without anyone holding you there. Through the imagination, you can pass over the insurmountable walls without leaving any trace of yourself, and you can always go back.”

“Outside of Iran, they (critics) have paid more attention to some other aspects of the films, and have given us a bit more self-confidence. I can’t deny that, but I can assure you that this self-confidence has not made me change my filmmaking style and techniques to make them agreeable with Western critics’ tastes. Whenever I make a film, it’s the content that determines the film’s style.”

“With respect to films or art in general, it’s true that art is born of difficult or unfavourable circumstances for the artist.”

“I think, even if we have censorship in Iran, we should deal with it ourselves. As my father used to say, if your head breaks, it better break in your own hat.”

Interview with Abbas at Cannes 1997

Why Are We Afraid Of The Songs The Rebel Sang?