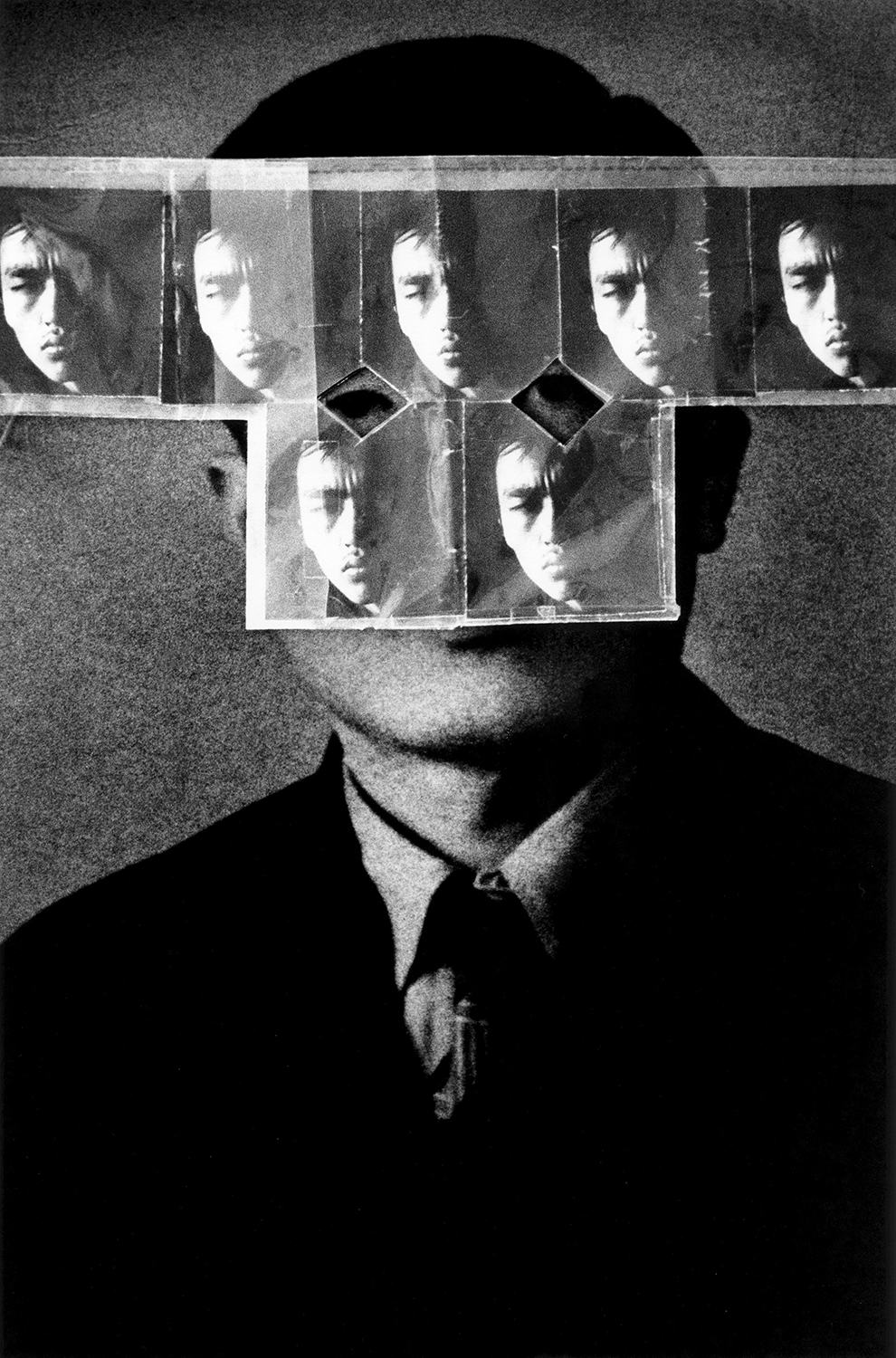 Paris-based photographer Jehsong Baak is self-publishing Fading Fury, his third book of diaristic black & white photographs, made 30 years ago, of friends, lovers and fading faces. The images depict lust and longing, and undoubtedly, a confrontation with a life once had.

“The past is beautiful because one never realizes an emotion at the time. It expands later, and thus we don’t have complete emotions about the present, only about the past,” Virginia Woolf once said. We catch up with Baak to see whether he shares the same sentiment.

Jehsong Baak: About five years ago, when I started looking through the few remaining negatives from my early days in New York, from 1987 to 1990 (I had destroyed most of the negatives from this period when I stopped photography in 1990), it occurred to me that there was a story to tell with these pictures about a journey started back then which had come to an end.  In order to bring closure to this journey, I felt I needed to make a book to symbolically bury that phase of my life.  In the process, I revisited the young man that I was and recollected what I was going through in my life during that period.  Working on this book was possible, I realized, because I had changed in a fundamental way and I was no longer carrying the burden which had tormented my younger self.

Tell us a bit about the title “Fading Fury”?

The book went through numerous titles before FADING FURY.  It started out as L’ETERNEL EST GRAND, then SHELTER, then BEFORE, then BEGINNINGS, then GOODBYE TO ALL THAT.  None seemed like the right title.  Then one day, by chance, I caught a glimpse of Faulkner’s “The Sound and the Fury” on my bookshelf.  I hadn’t read this book since I was in my early 20s in New York.  While flipping through the pages and remembering bits and pieces of the story of a highly dysfunctional family in the Deep South, I saw certain distinct parallels to my own family.  So as I thought about the story in Faulkner’s book, I was more and more drawn to the word “fury”.

Then the word “fading” came to me, almost as a soothing and compassionate partner to “fury”.

How did you go about selecting and editing the photographs for the book?

I went through all the negatives and selected the pictures that I thought were the strongest.  I did a preliminary dummy sometime around 2013 and showed it to Robert Delpire who had published my first book.  We worked on the layout on several occasions over the course of a year.  In 2015, I began incorporating into the layout more recent pictures of New York taken during my visits there after I had moved to Paris, notably pictures taken in 2013 of my father.  These recent pictures allowed the book to breathe better, and the interplay between the recent atmospheric pictures of New York with the early portraits and collages provided an interesting dialogue between the two periods and the two vastly different psychological and emotional states then and now.

“I can only note that the past is beautiful because one never realizes an emotion at the time. It expands later, and thus we don’t have complete emotions about the present, only about the past.” ― Virginia Woolf.  Do you agree? Tell us your thoughts on memory and why we are forever infatuated with the subject?

I think that because my work is more right-brain than left, that I generally work intuitively and emotionally rather than cerebrally, I always end up discovering things in my photographs long after they were taken.  Most of the time, I have no idea why I want to take this picture or that.  I do my best to allow my subconscious to guide me.  As our consciousness grows with age, we are able to see things that we did when we were younger with a fresh new perspective and a deeper understanding.

There is another quote: “People have an annoying habit of remembering things they shouldn’t.” ― Christopher Paolini, Eragon. Thoughts?

Memory can be a terrible thing.  We often agonize over remembering and reliving certain memories.  But to be able to let these bad memories go, one has to become conscious of the fact that the past no longer exists, that they live only because we give attention to them.  Not an easy task to let them go…

Your text for the book alludes to your family background being a little of a mystery. Tell us about that?

My mother was my father’s mistress who disappeared from my life when I was 2 or 3.  From the age of 6, I lived with my father and stepmother and their 5 children.  When I was 8, my father lost everything, the primary reason for my family relocating to the U.S. to start a new life.  I grew up in a rigid Korean family strongly rooted in Confucianist mentality.  No one ever spoke about anything, certainly not about the complicated family history.  My childhood was filled with a sense of not belonging anywhere — not in my family, not in my physical environment.  I was always somewhere else.  The positive aspect of my unhappy childhood is that I instinctively sought out beauty as a place of refuge.  American music, books, movies, they became my haven.

And why are personal stories of family and the like important?

We are all products of where we come from and the relationships we had from the time we were born into this world.  We are shaped by the experiences that we had with our family members, particularly with our parents, be they positive or negative.

I do not believe in the idea of a random accident of our existence.  I may not understand the precise reasons for me having been born into my family and the circumstances surrounding it but I intuitively sensed fairly early on that it would behoove me to learn from these difficult relationships, that they would ultimately help me in the long run.  As photography always mirrored back to me the truth of my inner state, I have been able to use it as a therapeutic tool to transform my experience of life.

You were part of Agency Vu before, tell us about that part of your life?

I arrived in Paris with one phone number given to me by a nice Italian photographer that I had met shortly before leaving New York (I have forgotten his name…).  It was the number of Annie Boulat, who owns Cosmos Agency.  So I went to see her and she said to me that I needed to meet two persons:  Robert Delpire and Christian Caujolle, and kindly wrote a letter of introduction to them.  I knew who Delpire was from Robert Frank’s “The Americans” and Josef Koudelka’s “Gypsies” which were my Bibles as a young photographer.  Christian reacted positively to my work and invited me to join Galerie Vu in 2000.  When I joined Vu, I was totally naïve about the world of photography.  I discovered Michael Ackerman’s “End Time City” which blew me away.  I met and became friends with Anders Petersen, a very kind and generous soul who taught me a lot about photography and about life.

Tell us about your choice of b/w palette.

If I were a young photographer today, I would probably be working in color.  Contemporary photography is almost entirely in color.  But I had started out putting a roll of Tri-X in my camera and making prints in the darkroom.  My education in photography came through studying the works of photographers like Bill Brandt, Richard Avedon, Robert Frank, Josef Koudelka, and they are still my reference points today.

As my work has always been about my interior life, black and white seems to be a more suitable palette for me for this exploration.  But who knows…maybe my work will gradually shift from dark to light and from black and white to color.

What is your favourite or meaningful photograph of all time?

Impossible to say.  I don’t have a single favorite or most meaningful photograph.  When I was 17 and starting to take pictures, I saw Bill Brandt’s “Nude, London, 1952” in a book at my local public library and it really knocked me out.  Nothing I had seen or done prior to that moment had prepared me to encounter such sublime beauty.

A few years later, in New York, I fell in love with Avedon’s work, in particular the harrowing portraits of Ezra Pound, and the portraits he did of his father right before his father’s death.

There is an undeniable influence of Brandt and Avedon in my early work.

How did the collaboration with Holly Roussell, the Elysee prize coordinator at the Musée de l’Elysée in Lausanne, and Roger Ballen come about?

In November of last year, during Paris Photo, I was invited to a dinner organized by Christophe Guye at a restaurant in Paris.  I was seated to Holly’s right and directly across the table from Roger Ballen.  Holly contacted me later after having seen my work.  I sent her the maquette of FADING FURY for which she offered poignant comments.  When Holly was in Paris earlier in 2016, we met again to talk about the maquette and her writing a text for the book.

Roger Ballen graciously agreed to look at the maquette and give me some feedback.  Over the course of 6 or 7 months, I sent Roger 5 or 6 versions of the maquette which he patiently critiqued.

What is it about Roger Ballen?

Psychology at Berkeley and a PhD in geology before he turned to photography full-time, Roger Ballen is anything but a typical photographer.  For me, I see him as a cross between a psychoanalyst and a shaman, concocting his unique brew in his secret den in South Africa.

Roger generously offered me his time and frank commentary on my work, something I will always be grateful for.

There will come a day when we all grow old and lose our sight somewhat. What would you do if you could no longer photograph?

Perhaps I will be living in a charming small village in the south of France with my companion and everybody will know me as the eccentric old man that the young and old villagers come to talk about their love problems, family problems, money problems.  I hope some of them will remember to bring me a nice bottle of red…