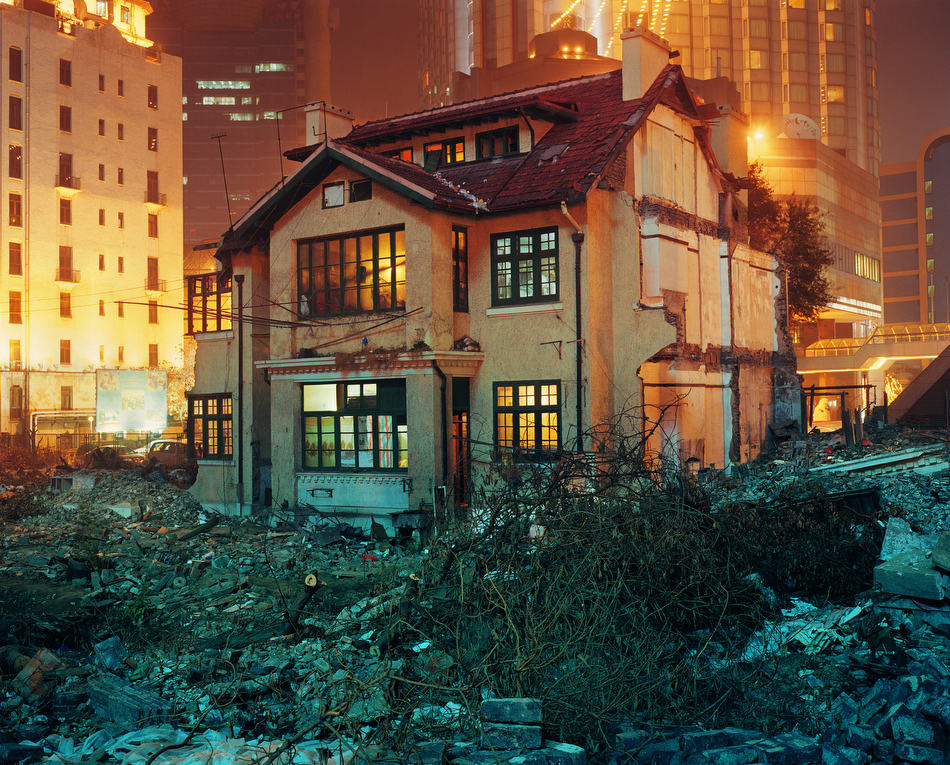 Phantom Shanghai is a portrait of Shanghai as the city transformed itself in the first years of the 21st Century.

Preserved by a kind of benign neglect in the decades following Mao’s victory in 1949, Shanghai was directed to “catch up” in the 1990s. Phantom Shanghai is the record of the unique moment when the early 20th Century city was being demolished while the new Shanghai was being built in its rubble.

“I don’t know. How do you explain the reasons why you’re interested and what you’re interested in? Where did it come from? I don’t know. You can chart the evolution of it, but that initial thing, I don’t really know… I think it was all part of trying to get deeper into the place you’re at, in a way that shows what’s there.” Greg Girard in an ASX interview.

Phantom Shanghai was published as a book of photographs by Magenta Publishing for the Arts in 2007. Greg is working on a new book of unpublished photographs, with the working title Under Vancouver.

Greg Girard is a Canadian photographer who has spent much of his career in Asia. His work examines the social and physical transformations taking place throughout the region. He is represented by Monte Clark Gallery (Vancouver/Toronto) and also works on assignment for publications such as National Geographic Magazine.

In 2012 the International Centre of Photography in New York  featured his work on US military bases in Asia (“Half the Surface of the World”) in a three-person show titled “Perspectives”, Jan 20-May 6.