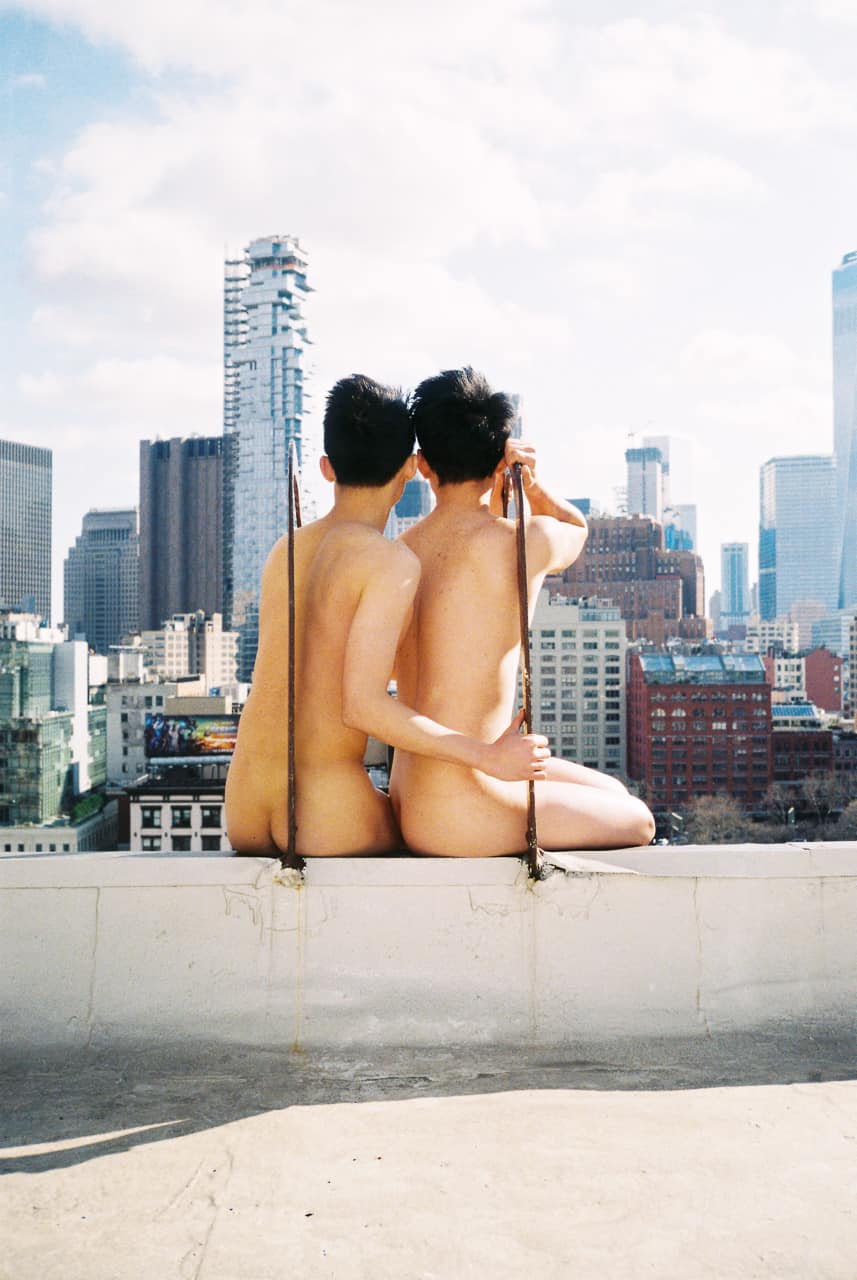 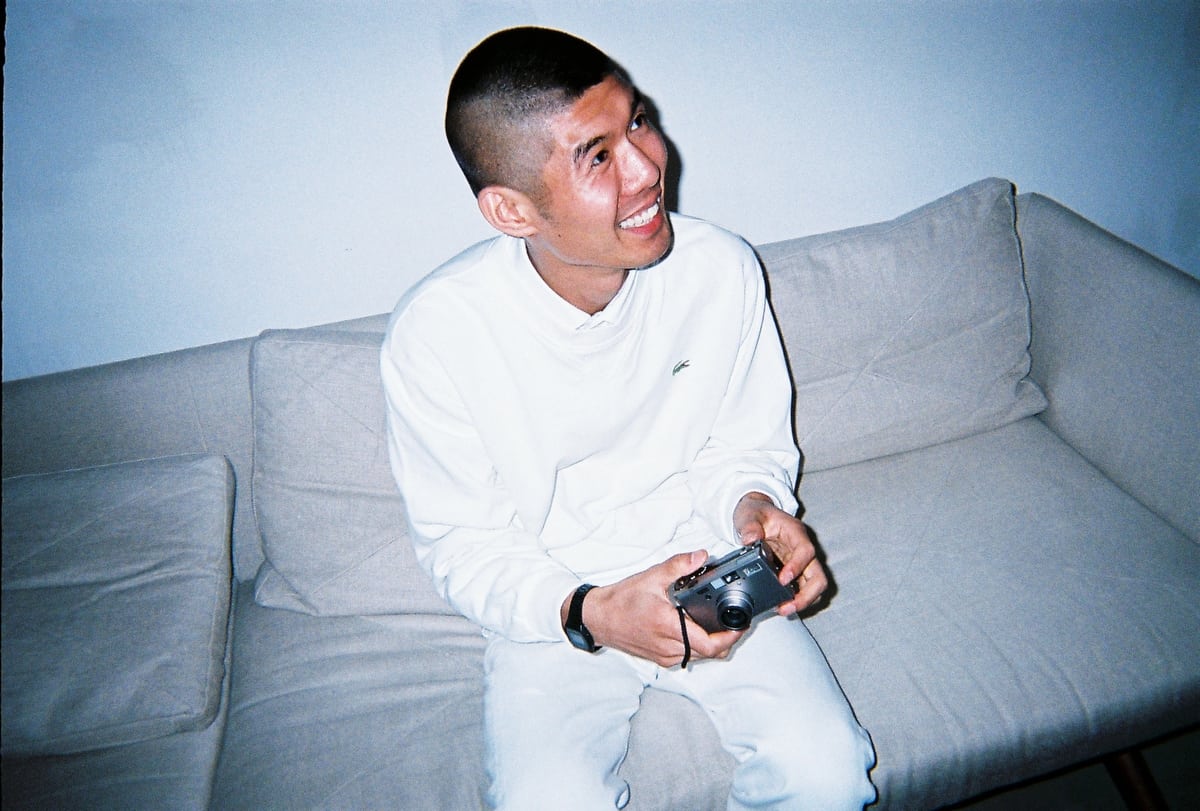 Ren Hang and his camera. Photograph by Sheung Yiu.

Three weeks ago, and two weeks before he died, I wrote a story about Chinese artist Ren Hang, introducing him as a rising star. Our final interview was brief, conducted over email. Why photograph? I asked him. He told me, “because it fills the emptiness of my heart.”

When I heard he took his own life on February 24 I wept, first out of shock and then regret, as I realized he had suffered far more deeply than I knew. A queer, self-taught photographer famed for his provocative, surreal images of naked Chinese youth, Ren was well-known for his battles with censors, but far fewer were aware of his lifelong fight against depression. In person he was pleasant and mild, friends told me, but he said very little about his own art.

It is still wrenching to accept that it is too late to tell Ren Hang how much his work changed me: the first time I saw it in 2013 I was stunned. I had never seen an artist imagine bodies like mine — willowy, Asian, unassuming — as vessels of queer desire, free to play, containing infinite iterations. Through Ren’s eyes, I saw new paths for myself.

What is intimacy? — Ren’s work posed. Every one of his photographs seemed to be an experiment into closeness, a search for a love devoid of narrative or hierarchy. He embraced his characters with metaphors—fingers, flowers, phone cords—as if trying to find the combination to unlock a new secret insight about human connection. Much has been said about Ren’s depiction of pleasure but he was equally reverent of pain: his pictures seemed less about fucking and more about survival, the limits of bodies, the odds of youth against an absurd universe.

In a decade of photography, Ren Hang almost never strayed from his main subjects: youth, sex. But if his early work reads like a lustful, lo-fi memento of a Beijing afternoon, Ren’s later work could be darker, more dangerous. Many of the photographs he uploaded to his website in his final year, Ren appears to have shot in pitch black by the sea, posing his models among churning water and sharp rocks. The risk might not be falling in love, but being swept into the waves.

During his life, Ren’s writings were often treated as discontinuous from his images. In his death they have been looked to as explanations. His poems conveyed a despair that youth and love contained the seeds of inevitable tragedy. One, written at age 20 — the year he picked up a camera — reads like an overture: “Youth is so skinny / In a moment, a gentle breeze blows it away / When it returns / It brings a big fat coffin.” One of his last: “I buy a knife, we can share it / If you don’t love me, I’ll kill you / If I don’t love you, you’ll kill me.”

I recall what he told me about his heart’s emptiness and wonder if he saw photography as a stay against that void. But as Roland Barthes wrote in Camera Lucida, this medium contains a hidden sadness: it declares only what has been, while reminding that everything slips away. Ren Hang’s images are poignant to me because they are untenable: his young, naked heroes could not hold their poses forever. His utopia shimmered only between shutter blades; it could not save his whole life.

How do we account for what is left? We have Ren Hang’s work; we no longer have Ren Hang. We have photography with its miraculous might, yet again we are reminded it cannot stop suffering, and is no match for death. We have our own hearts ticking on, whispering that they, too, need to be filled.

And I have the memory of my favorite Ren Hang photo, the first I ever saw. A man and a woman are on a rooftop, nude. The sun is setting — or is it rising? — over a city shrouded by fog. She faces away, yet leans back to meet his lips in a kiss. It reminds me of a poem he wrote the same year:

In this second
I feel
One actually can live
This freely

Somewhere out there are emerald fields, trees arcing like outstretched arms, wave-worn rocks with secrets only Ren Hang knows. There he created a world where, for heartbeats at a time, we could be free.

Text by Wilfred Chan. Wilfred is a writer and photographer currently based in Hong Kong. More from Wilfred on www.wilfredchan.net.