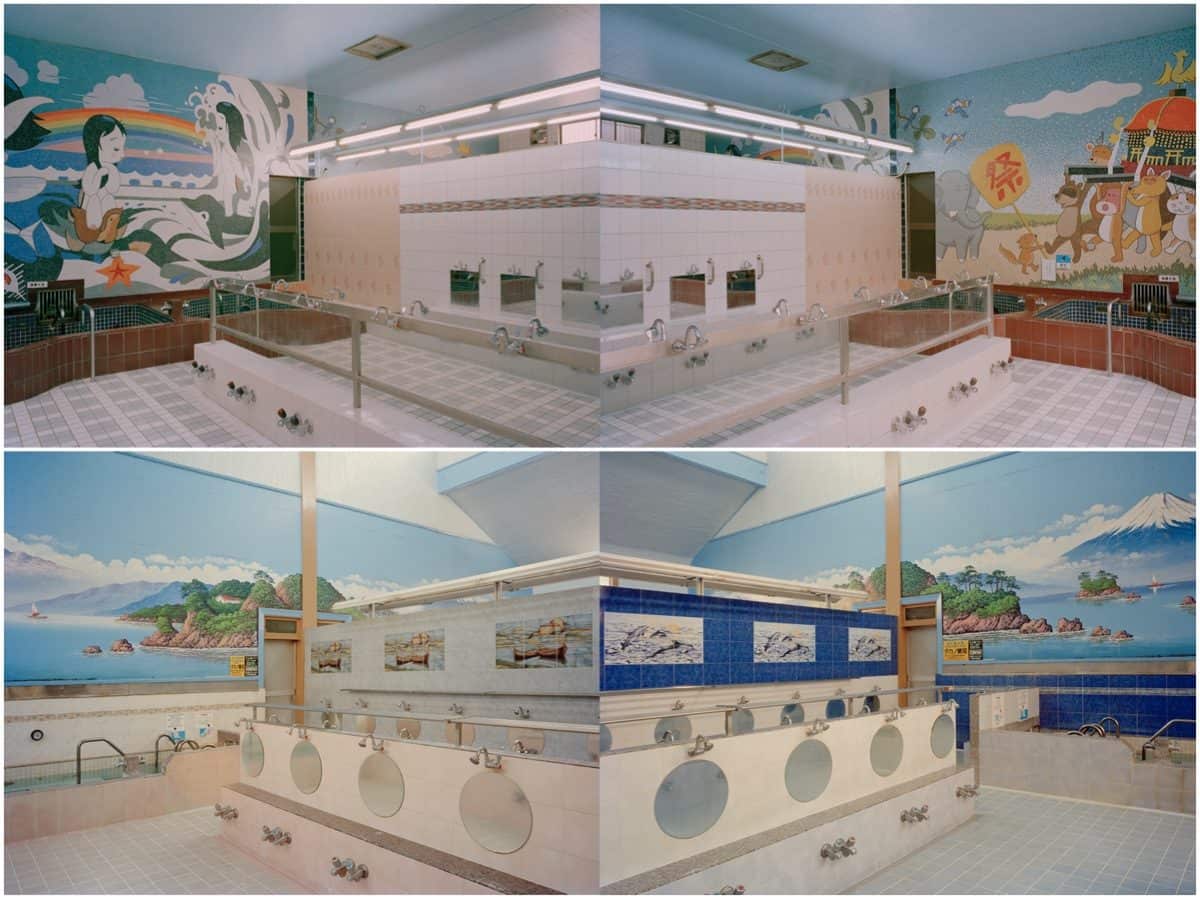 ‘Sento’ was originally introduced to the Japanese people by Buddhist monks as a part of their missionary work in the Sixth Century.

Basically it has two main areas: a bathing and a dressing. In a bathing area, one can enjoy hot tubs often decorated with the large wall painting of Mt.Fuji or the tiles of colored carps. A dressing area is more social, many young and old gather and interact. Here we learn social rules spontaneously.

I started taking photographs of sentos as my graduation project in 1992. Twenty five years ago social values in Japan were changing drastically. Real estate boomed because of the bubble economy and it caused the closing down of a lot of sentos which often held good-sized estate. They say “old must make way for new”, whether it is true or not, it saddened me to see these sentos I frequented disappear one by one from the city. I was a student, then. I wanted to do something to save them. I had to do something otherwise they would be gone for good. That was the driving force for me to shoot as many as I could. This series of works are all shot with the same technique.