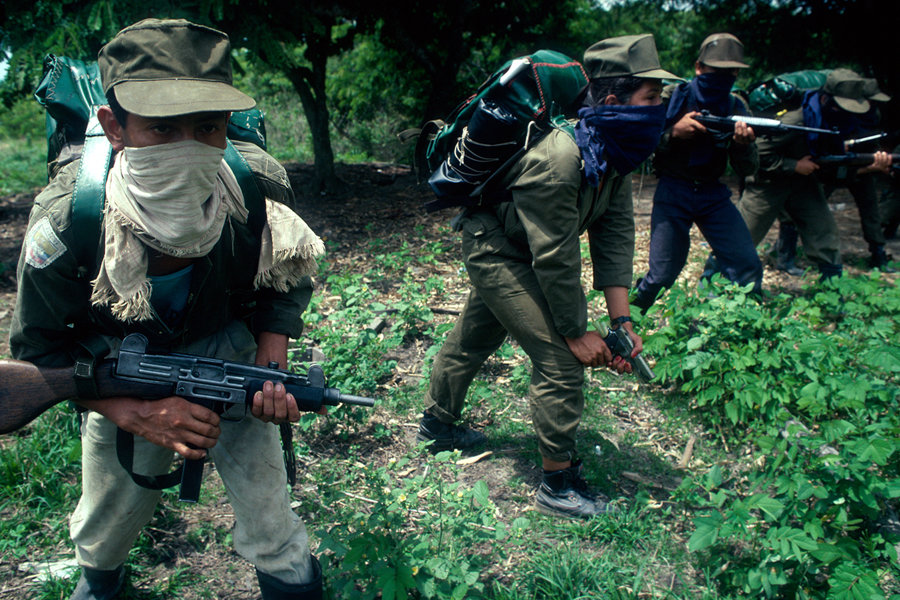 Masaru Goto is a Japanese photojournalist based in Bangkok, Thailand. It was his early photographs of the Cambodian war that first inspired his partner, and previously featured photo curator Yumi Goto.

In this exclusive Invisible Interview, we learn about Masaru the photographer, and his defining early days that shaped his career as a dedicated photojournalist come human rights activist.

Invisible Ph t grapher Asia: Can you tell us about yourself and how you got started in photography and photojournalism?

Masaru Goto: I am a Japanese photographer based in Bangkok.

I left Japan for South America when I was 22 because I wanted to become a photojournalist. I stayed in El Salvador, Nicaragua, and Peru before finally deciding to live in Colombia for a few years. It was then that I became a photographer documenting teams in human rights organizations recording violence in rural areas in Colombia. So this was how I became a photographer and that is is my background.

You started out photographing on film. What are your feelings about today’s new photographic tools?

Digital is good, easy to shoot and especially easy to adjust color or exposure after shooting. But I feel that it is difficult to make one’s own style of photographs with digital, if you compare it with shooting on film.

You covered the Cambodian turmoil and war in the ‘90s. Can you tell us more about that experience?

You covered the Thai protests in which a Japanese journalist was killed. Please share with us your experience.

It happened just nearby my house. Houses were burnt, and you could hear the sounds of bullets every day. I covered this story because I felt I should do it because it happened around my house.

A Japanese cameraman and an Italian photographer were killed. They were killed because it was a terrible situation. Anyone could have been shot during the riot.

You recently shifted your lens back to your motherland, the result of which are projects on the marginalised Buraku-Min community and World War 2 survivors. Tell us more and why they have drawn you back to Japan?

I felt that I needed to shoot in Japan again. It may be because I’ve left Japan for almost 22 years now. My view is more that of a foreigner than a native Japanese. So I thought it would be interesting to explore important social issues in Japan. I will start another new photo project in Japan in 2011 too.

What is your most memorable or personal favorite of the photographs you’ve taken, and why is it special to you?

My most memorable was in Colombia when my friend was assassinated. I took photographs of him. He was killed because of me. He helped me in covering the conflict but the Right Wing Paramilitary didn’t want him to so they killed him. These photographs are linked intrinsically to me as a person, and to my life. 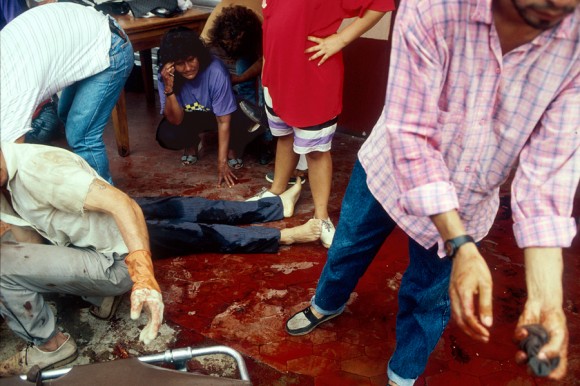 Most memorable photograph by Masaru Goto

I want to take photographs in Japan.

Susan Meiselas inspires me a lot.

I may leave it be.

Finally, what words of advice from your 20+ years of experience can you share with young photographers aspiring to be photojournalists?

I think the most important thing is what you decide you want to photograph. And to keep your confidence as a photographer.