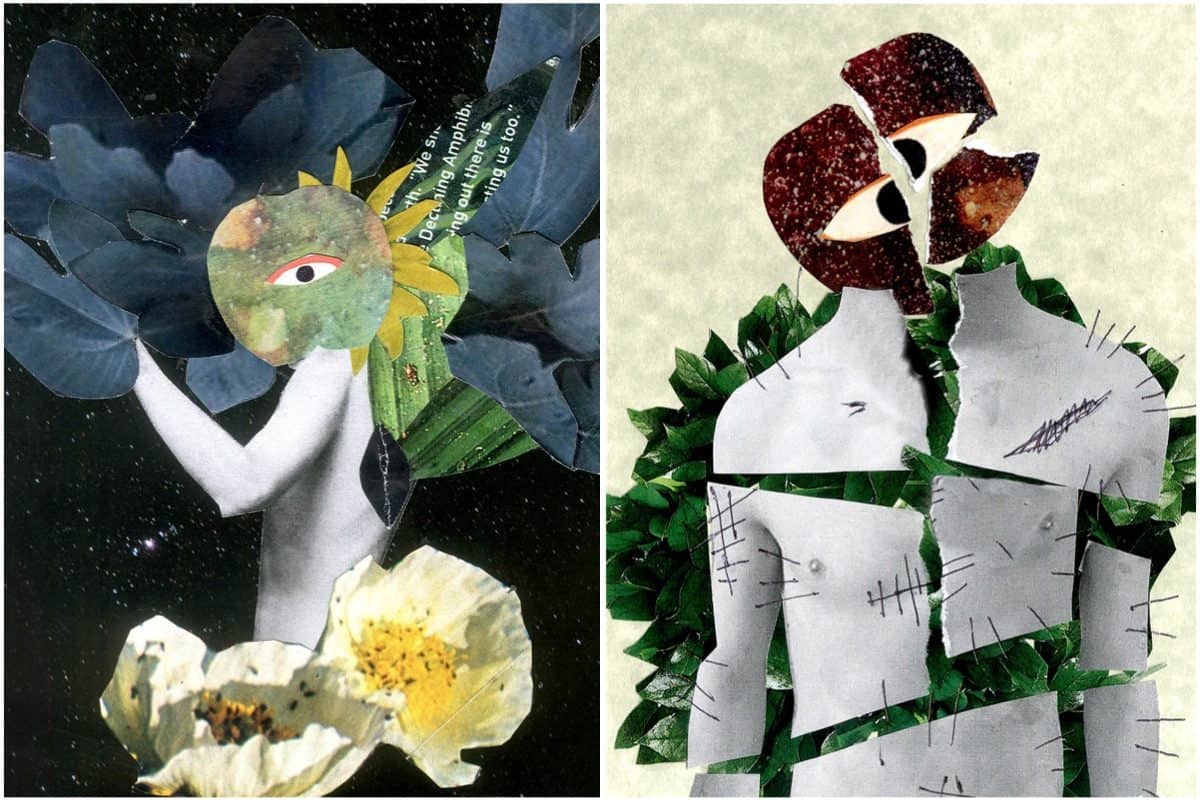 The idea for creating this series titled ‘Ain’ was born after reading Rabindranath Tagore’s ‘Bolai’. I found inspiration in this story about a little boy and his attachment towards nature. Although the text became a starting point for my reflections, I did not want my images to simply illustrate it. So I invented a parallel world, which just indirectly correlates with the story. My story is about the dreams of every person to break away from inhibitions and fly off to a distant unknown, in search of his true identity.

This work includes images as well as text. The images are a set of handmade montages. I have collected parts of photographs from various sources, which have then been composited together by cutting and pasting techniques by hand, to create each visual. I wanted to use found images across all sorts of media which are accessible to us now. The material to create the montages was drawn from popular media and open sources on the Internet. Sometimes, I also collected cut-outs from magazines, old postcards, posters or even my own photographs —anything which could work in piecing together the story. We are producing hundreds of thousands of images every day, adding to the vast cosmos of visual information which is already bombarding the internet and popular media. I thus found the concept of recycling existing images to create a new visual interesting. Through my approach, I am, in a sense also addressing questions of authorship, access, and intentions.

Born in 1993, Riti Sengupta completed her Bachelor’s Degree in Microbiology from Lady Brabourne College, Calcutta. She is presently pursuing a Masters in Photography Design from the National Institute of Design, Gandhinagar. As a student with a scholarship from the Goethe-Institut, she was part of an exchange programme in 2016 at the Hochschule für Grafik und Buchkunst (Academy of Fine Arts) Leipzig, Germany. She has developed a keen interest in the visual language and likes experimenting with photobooks, illustrations, and text, alongside photography.