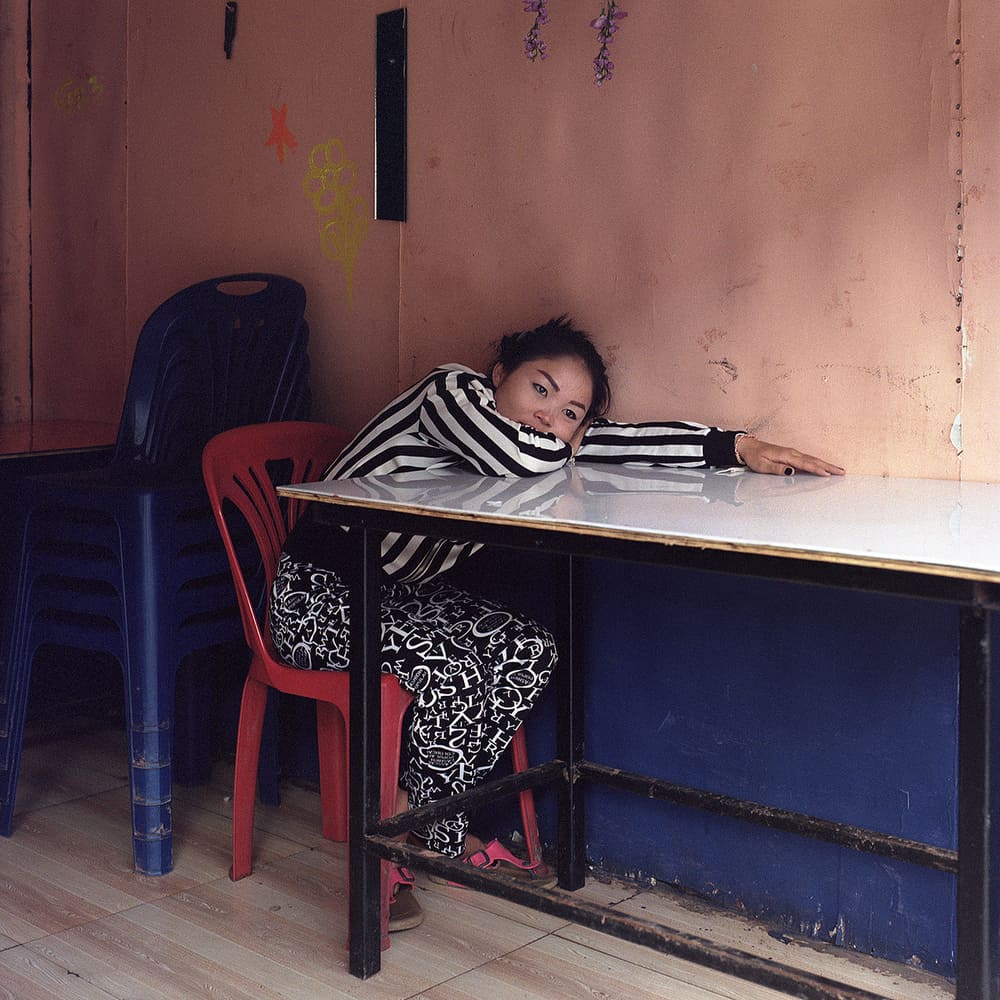 The Golden City of Boten, by Ore Huiying

China is famous for exporting its mass-produced goods around the world for global consumption. Less well known are its attempts to export its human population. Across the country’s southern border with Laos and Myanmar lie six settlements built by Chinese developers, which operate businesses owned and run by the Chinese. Boten, a town located in northern Laos, is one of them.

Under the special economic zone plan, in 2003 Laos signed a 30-year lease on 4,000 acres of forest to a Chinese development company. The Chinese investors started building a “Golden City” centered on a casino-hotel. Touted as a futuristic hub for trade and tourism, the Golden City ran on Beijing time and made transactions in Chinese yuan, populated by mainly Chinese migrants. There are more than 20000 land concession projects like this one in Laos, one of the poorest countries in the world. Abundant with natural resources, Laos welcome these offers of investment with the promise of foreign technologies, capital and infrastructure development.

Yet less than three years after it opened, the casino was forced to close due to speculation over criminal activity. Without gambling tourism, other businesses could not survive. Most of the Chinese left, only a handful remain and harbour hope that a change will come and the city will be revived. The Golden City, deserted as it is today, remains a monument to the Chinese version of urban modernity.

These images are part of the result of my ongoing fascination with the model of development in Southeast Asia. In the closely knitted community of Southeast Asia, less developed countries often look towards their more affluent neighbours for financial and developmental aid. By documenting phenomenon of this interconectivity, I am interested in creating loose and often ironic narratives around themes of power, identity and sovereign.

Ore Huiying is a documentary photographer from Singapore. Her practice revolves around storytelling, which she believes is basic to human beings. She grew up in rural Singapore, but was uprooted to an urban environment as the country underwent development. As a result, Ore is drawn to narratives of people and places affected by development. She strives to discover a pattern to cope with the experience of chaos and confusion, both of her subjects and of her own.

Apart from working on personal projects, Ore does commissioned work for publications like Bloomberg, New York Times, Le Monde newspaper and Getty Images, as well as for NGOs and corporate clients.

Since 2010, Ore’s photographic works have been exhibited in photo festivals, museums and galleries regionally and internationally. She was named one of the 10 Platform Emerging Photographers in Singapore 2010 and was selected to participate in the 1st Asian Women Photographers’ Showcase in Angkor Photo Festival. She was nominated for the Sagamihara Photo City’s Asia Prize (Japan) and received a Select Award in the Kuala Lumpur International Photo Award. In 2013, Ore was nominated for ICON de Martell Cordon Bleu, a photography award in Singapore that honour photographers’ original vision and dedication to their craft.
In 2010, she moved to United Kingdom and completed her Masters of Arts in Photojournalism & Documentary Photography at the London College of Communication. After 3 years of working and living in London, she returned to Singapore in 2013, as her photography is focused on investigating the progression of Southeast Asian societies in the global context.