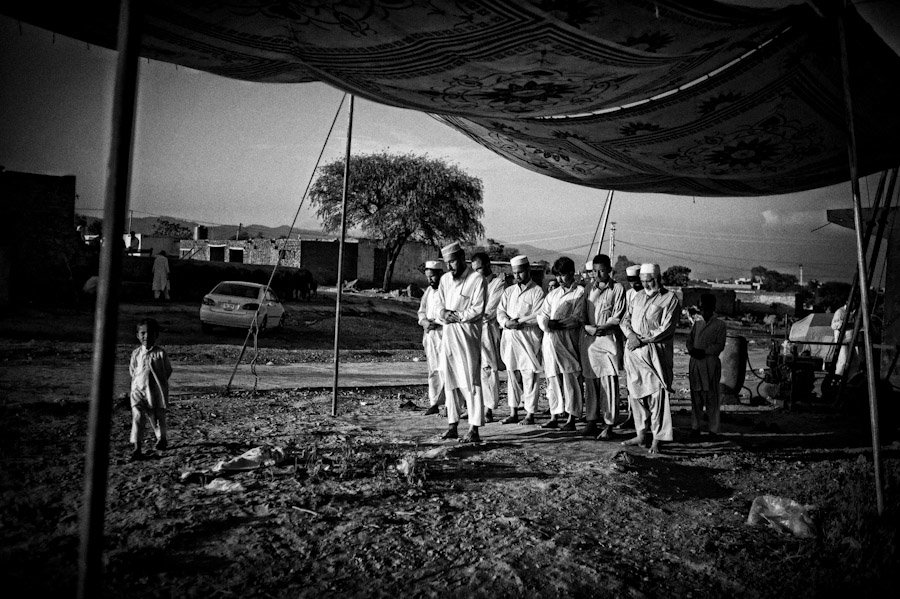 Singaporean photographer Edwin Koo once worked for Streats and The Straits Times, Singapore’s national newspaper. He has since relocated to Kathmandu, Nepal to relearn photography as he calls it, a brave move many of us would certainly applaud and envy.

Judging from his latest photographs, Edwin has not only relearnt photography, he has mastered it. His photo essay on Pakistan’s Swat Valley is powerful, brilliant, and recently won him Getty Images September 2010 Grant for Editorial Photography. In this Invisible Interview, Edwin shares with us more about himself, his experiences and unique journey in photojournalism.

Invisible Photographer Asia: Can you tell us about yourself and how you got into photography?

Edwin Koo: I’m a freelance photographer from Singapore, now based in Kathmandu, Nepal. My first brush with serious photography was in 2000, when I took a photojournalism module in university. That was the first time I ever loaded a roll of Tri-X into a SLR.

You started out as a staff news photographer then turned to freelancing, can you share with us your journey, the differences and the challenges you have faced?

I spent 3 years at a free tabloid called Streats and another 2 at the national broadsheet The Straits Times. In 2008, I decided that I have spent enough time honing my technical skills, and my photography needed to grow beyond the daily rush of adrenaline-pumping news photography.  In April 2008, I took a month-long break from work and traveled to Nepal, partly for vacation and partly to photograph its first real elections in a decade. Four months later, I quit my staff job and moved to Nepal, with no concrete goal except to move out of my comfort zone and relearn photography altogether.

The toughest part, really, was wrenching yourself from the comfort zone. The thought of leaving a comfortable working environment, a stable income, and one’s familiar surroundings was a scary thought, but it helped that I had an encouraging wife who was game enough to come with me on an adventure to nowhere.  Initially, I thought I could land at least a part-time staff job in a local English newspaper, but I was so wrong. There were already few vacancies for a large pool of Nepalese photographers, and no one would hire a foreigner for a few thousand more rupees. I was officially jobless, and I had to start from scratch learning how to eke a living from my craft.

I draw inspiration from those around me, particularly, the Nepalese photographers. Even the young, less experienced ones. Whenever I go to a mass rally or a protest program, it’s always encouraging to know that many young Nepalese photographers continue to work so hard, even though the newspapers pay peanuts. And I mean, really peanuts. Like 3000 Nepali rupees (US$42) a month. And these newspapers don’t provide equipment or transport. Many photographers use semi-pro cameras and lenses, because they can’t afford better equipment. But as cliche as it may sound, it’s really not about the camera, but the person behind the camera.  The Nepalese photographers have so little materially, and yet, their spirit is so rich. This is quite evident in their passion for photography.

I admire the works of Trent Parke, Alex Webb, Eugene Richards and William Klein. Of course, I admire Robert Capa, but deep inside me, my real icon is still Henri-Cartier Bresson.

It’s really hard to explain your own photography, but I will say some things which others have commented. One of the common observations is that the subjects in my images tend to look into the camera. In fact, a photography student once told me: “Our teacher tells us that if the subjects notice you, it’s a bad picture.” I thought long and hard about this. The student was right, but not entirely. Your subjects look into the camera for different reasons. It may be that they’re irritated with you, or it may be that they’re fascinated with you. Or perhaps, they are connecting with you, and working with you to send a message through this “collaborative” image. I think the way I work is to allow myself to become the messenger, and to work as a clear conduit between the viewer and the subject. Of course, it always good to try to be a “fly on the wall”, but we shouldn’t kid ourselves into thinking it’s really possible –unless you’re Harry Potter.

You have done a few projects and they span quite a wide geographic area. How do you approach a project and assimilate yourself into context?

We always think about our differences in cultures, but we’re really very much alike in our humanity. All cultures treasure love, friendship, humility, kindness, and respect. So if you treat your subjects like how you would treat VVIPs from abroad, then it’s not hard to break the ice. Of course, nuances are abound everywhere. For instance, you don’t shake a woman’s hand in the tribal belts of Pakistan. Neither do you wear your shoes into a Sikh temple. Let’s just say the ability to see common ground amidst our differences, goes a long way to help one adapt to diverse circumstances.

Can you share about your work “Paradise Lost: Pakistan’s Swat Valley”.

In April 2009, the Pakistani military launched a huge operation in Swat Valley to flush out the Taliban. What ensued was Pakistan’s largest exodus since 1947 – more than three million people were displaced from their homes in Swat Valley.

I went to the Northwest with no concrete story in mind, except to show the plights of people dislocated from their homes. As with “large-scale” stories like this,the  “small” stories unfold in their own interesting ways, to give us the bigger narrative. In this particular story, what ties these diverse tales together is that all the subjects lost a real piece of paradise on earth.

Congratulations on winning the Getty Images September 2010 Grant for Editorial Photography. Have you in mind a project that you will be working on using the grant?

Thank you. I had always wanted to go back to Pakistan to continue this story on the Swat Valley crisis, to see how paradise would be rebuilt, to document the struggles and triumphs of the human spirit.  But funding is always a problem with long-term projects. As a freelancer, you’re always weighing in if the next trip can be covered by the immediate story sales to magazines and newspapers. It is particularly difficult if the “international media” has no interest in the topic at the moment. That is the reality. When I learnt that I have been awarded the Getty Images Grant for Editorial Photography, it was like a prayer answered. No more worries about funding, just photograph your story.

How do you find the balance between personal editorial projects and client commissions?

Unfortunately, I am not the best person to answer this question. I have never received a “client commission” before, so with regards to balancing time spent, I have no issues. I consider all my self-assigned stories my own ideas, and I assign myself 80 percent of the time, so maybe its a blessing that I don’t have commissions.

To answer the question more obliquely, one should try to maintain his own style and voice while producing images for assignments. It is no good bending over backwards, shooting what others want,  just to please this editor or that client – ultimately, in the longer term, discerning clients choose you because of your vision and style.

Are there any editorial projects that wish to achieve in the future?

I would love to do a long-term project on my ever-morphing home country, Singapore. And also a retrospective of Nepal in its transition years, perhaps, an exhibition of “everyday pictures” after 2008.

A parting question, your camera has only one shot left, what would you photograph with that last frame?

I would take a portrait of my wife. She has always been my inspiration and will continue to be. I always tell people that I photograph simply to remember, because I am a forgetful person. If this was my last shot, it would be very precious, and it would be of her.

For more work from Edwin Koo, check out his website: http://edwinkoo.com

Island of Everlasting Utility, by Clarice Lee
The Temporal Blooming Of A Flower Upon The Earth, by Akai Chew
An Afternoon with Robert Zhao at the Institute of Critical Zoologists