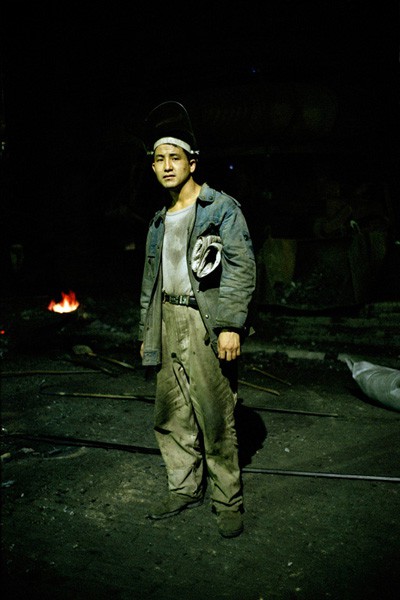 Produced by Panos Pictures, with photographs by Ian Teh, this is a journey into some of China’s most industrialised cities, a journey to the other side of the bright shiny facade that is the economy. It is a glimpse of another life and another world that is rarely seen.

China’s economy is exploding and behind the scenes of this economic miracle is the industrial revolution powered by the cheap labour that is helping to build and sustain the economy. Coal for power, coal for steel, coal for cement. Coal and labour are the raw materials, the flip side and the dark side of this economic juggernaut that is China. But it comes at a heavy price for the country’s environment and its people’s health. And now that is has overtaken the US as the biggest producer of carbon dioxide, China’s emission levels will increase anxiety about its role in driving man-made global warming and will add to pressure on the world’s politicians to reach an agreement on climate change that includes the Chinese economy.

Read our Invisible Interview with Ian Teh here: invisiblephotographer.asia/2010/09/28/invisibleinterview-ianteh