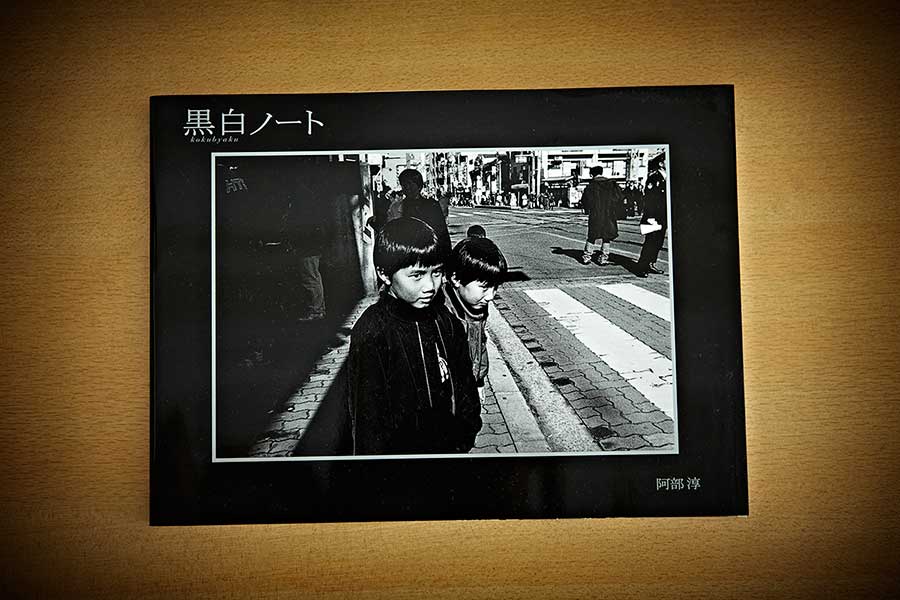 Most photographers who have an interest in the photography scene in Japan have heard of Daido Moriyama and Nobuyoshi Araki, but not many people have heard of Osaka based Japanese street photographer Jun Abe.  Until a few months ago, I myself had never heard of him.  I came across an old book of his “Creaturers” [sic] on the internet and was drawn to its cover image which featured a black and white photograph of a Porpoise.  It felt reminiscent of Garry Winogrand’s Animal work.  I ended up ordering 3 of his books “Creaturers“, “Citizens 1979-1983“, and “Kokubyaku Note 1996-1999“, based on the strength of that one cover photograph.  All 3 books are published by Vacuum Press.

“Creaturers” turned out to be a little disappointing.  The book features about 42 black and white photographs, mostly of animals taken at various places (zoos, aquariums, arboretums, etc).  It is not that the photographs are especially bad, some of them were really good.  I probably set my expectations too high because I was expecting a Japanese version of Garry Winogrand’s “The Animals“.  “Creaturers” was published in 1989 and the quality of the printing wasn’t exactly all that good either which added to the initial disappointment.  That said, once I stopped comparing his work with that of Winogrand’s, I really started to enjoy Abe’s work. 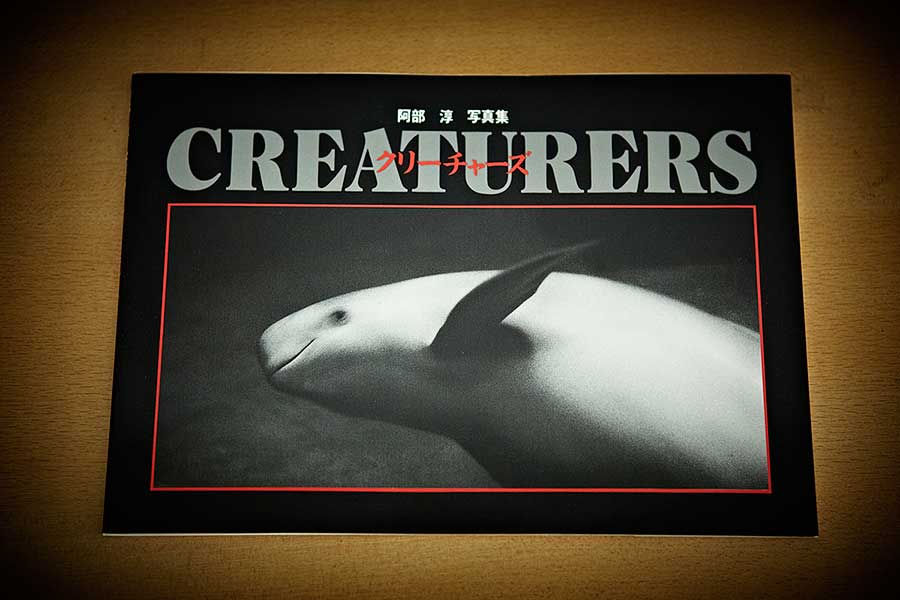 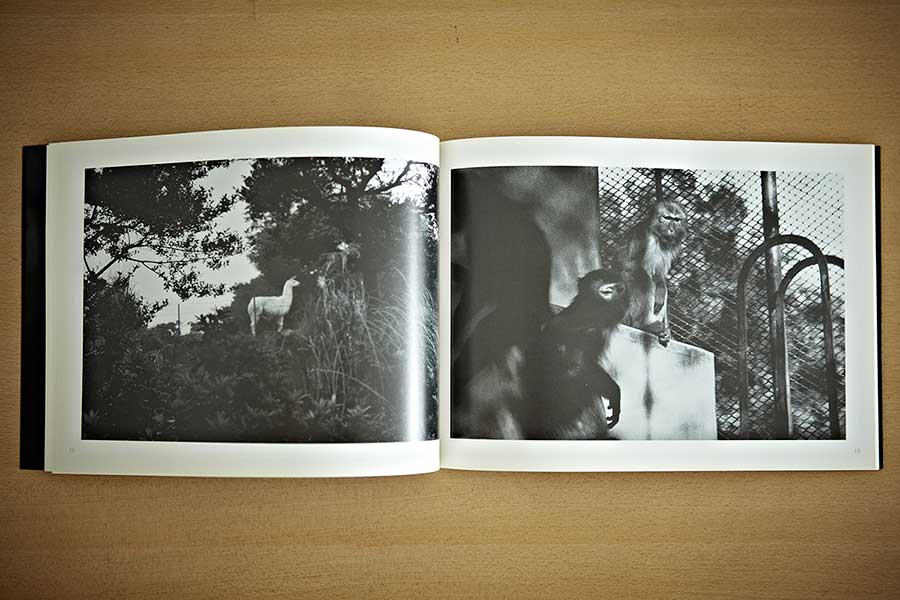 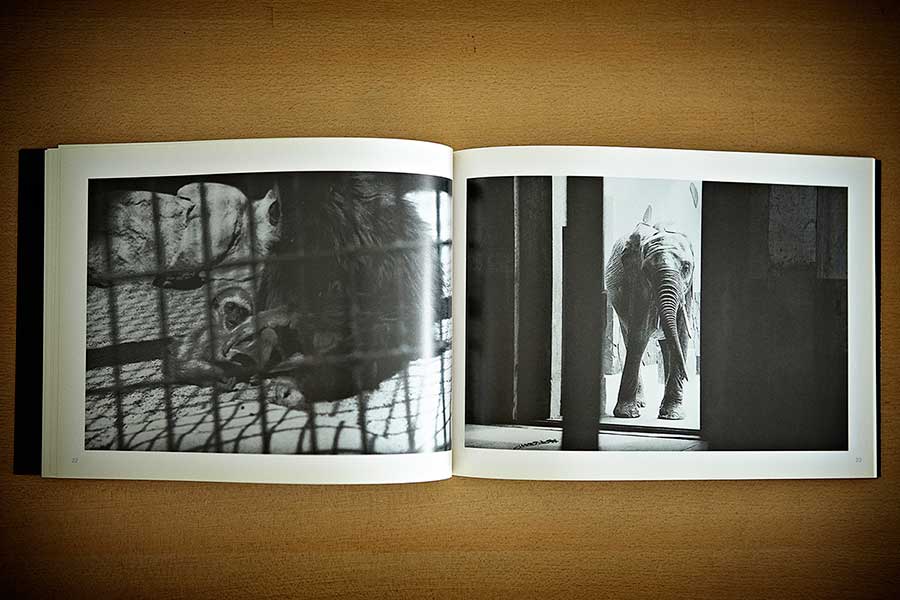 The other 2 books, “Citizens 1979-1983“, and “Kokubyaku Note 1996-1999” turned out to be real gems!  Both Citizens and Note are collections of black and white photographs that Abe shot on the streets of Osaka and are each about 96 pages long.  Abe seems to have a special ability that all street photographers long for . . . invisibility.  When I look at many of his photographs, I find myself thinking, “I wonder how he managed to shoot that?”.  It is almost like the people that he is shooting don’t know he is there or he took the photograph just as they were starting to notice or sense his presence. 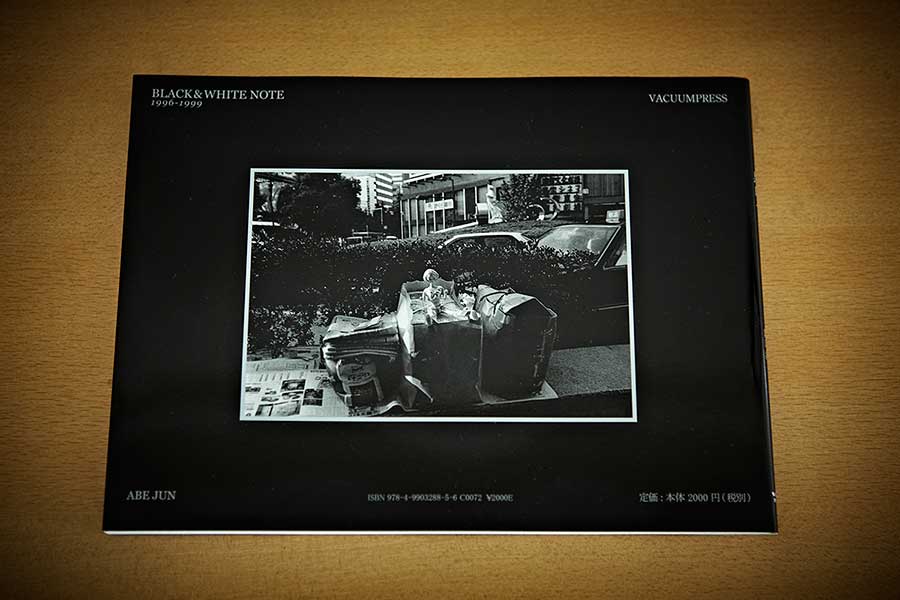 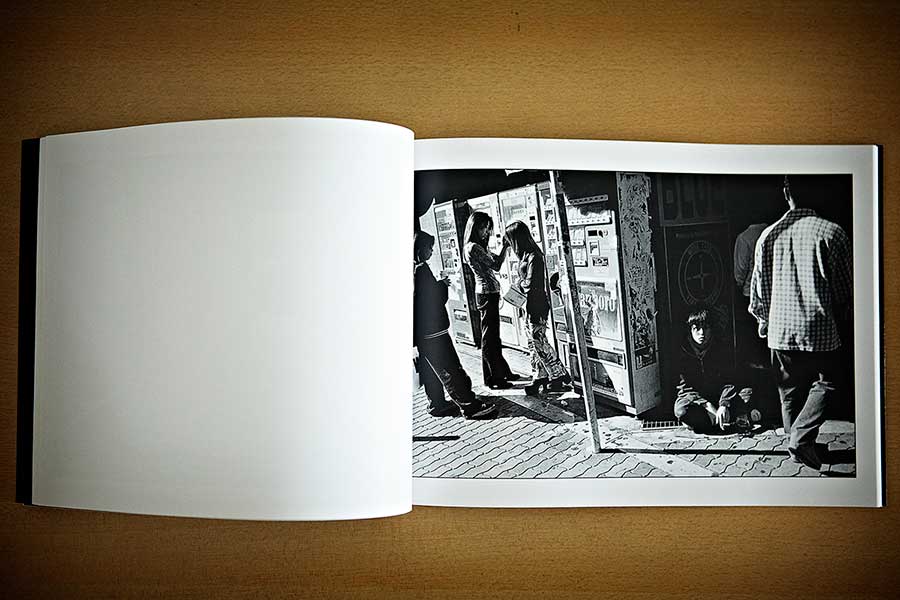 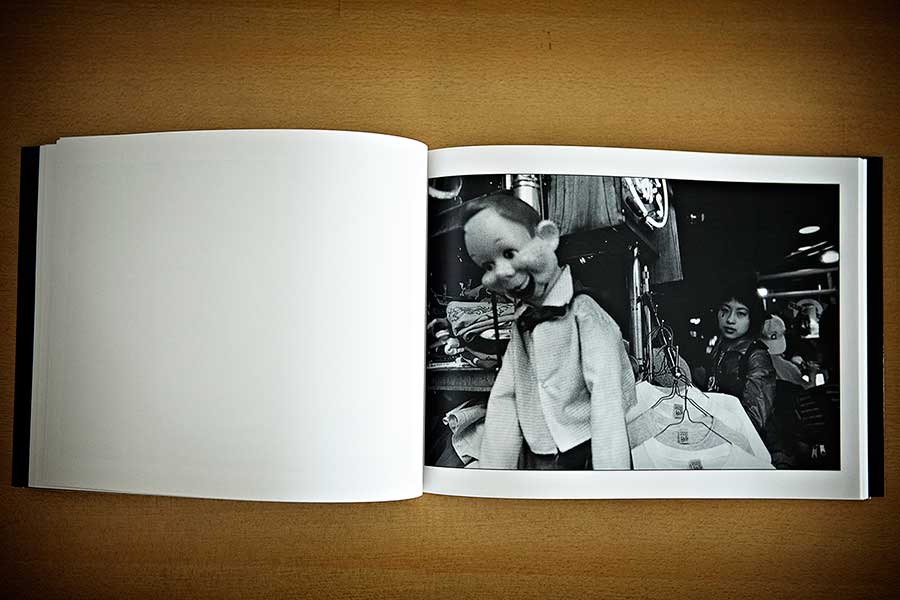 Abe’s photographs are multi-layered, make good use of interesting juxtapositions, and feature excellent subject framing.  Frequently, while flipping through his books (especially Citizens and Note), I could not help but compare his style of photography to that of Magnum Photographer Alex Webb.  Webb is one of the few color photographers whose work I greatly enjoy and respect.  The masterful use of strong shapes (especially lines) and shadows to frame the subjects in the photographs comes across strongly in the photography of both Abe and Webb.  For example, the following photograph by Abe from Note shows kind of what I mean.  When I first saw this photograph, I first noticed the square framed “Pink Panther” slot machine window display in the centre of the photograph.  Then my eyes were drawn towards the bright side of the image on the right hand side and I noticed the man framed in the open doorway.  Even in this small area of the photograph, there are very strong lines;  the hard diagonal shadow cutting off the top of the man’s body, the door frame, the Coca Cola vending machine and even the photographer’s own shadow on the floor which leads your eyes into the doorway to the standing man, etc.  Finally, I noticed the man standing behind the window on the top left hand side of the image looking out.  For me, the inclusion of this man at the window elevated a good photograph to an excellent photograph. It is highly complex and yet it is not staged and everything seems to come together perfectly when the shutter button is pressed.  It is street photography at its best! 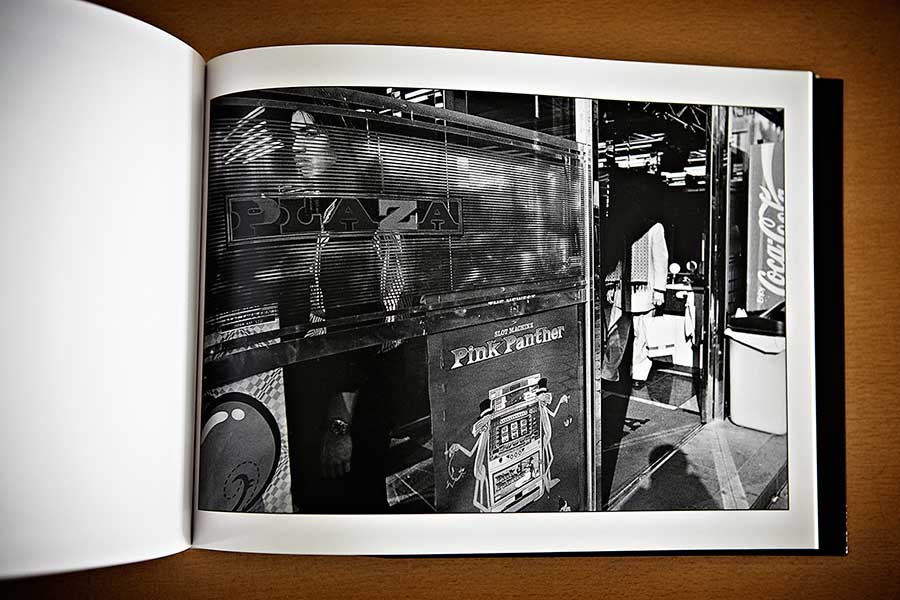 I highly recommend Citizens and Kokubyaku Note.  Creaturers is not a bad book and would not look out of place amongst a collection of Garry Winogrand books but the other two books are just a whole lot better!  Jun Abe’s books can be bought from Japan Exposures.  I have no relationship with Japan Exposures but highly recommend them as they have always delivered excellent service when I used them. 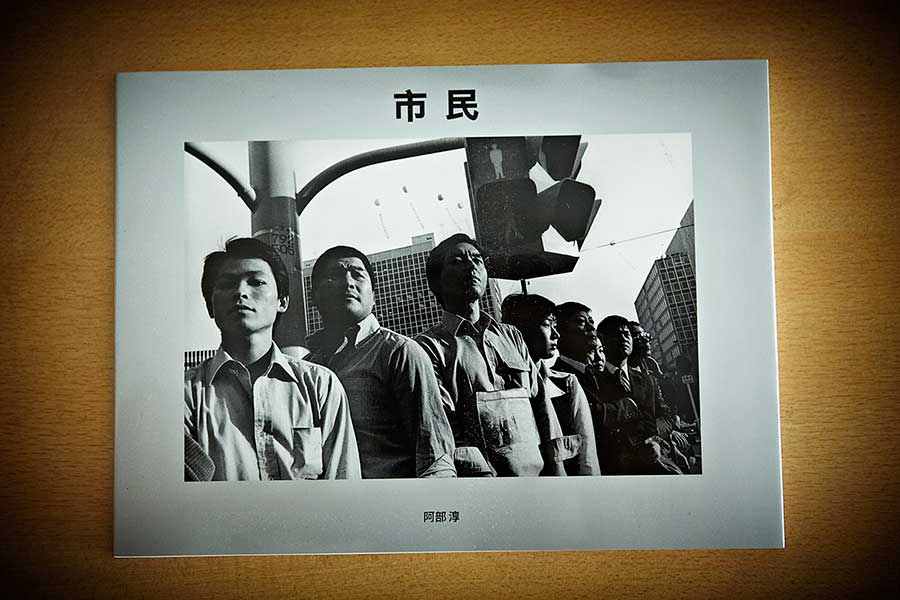 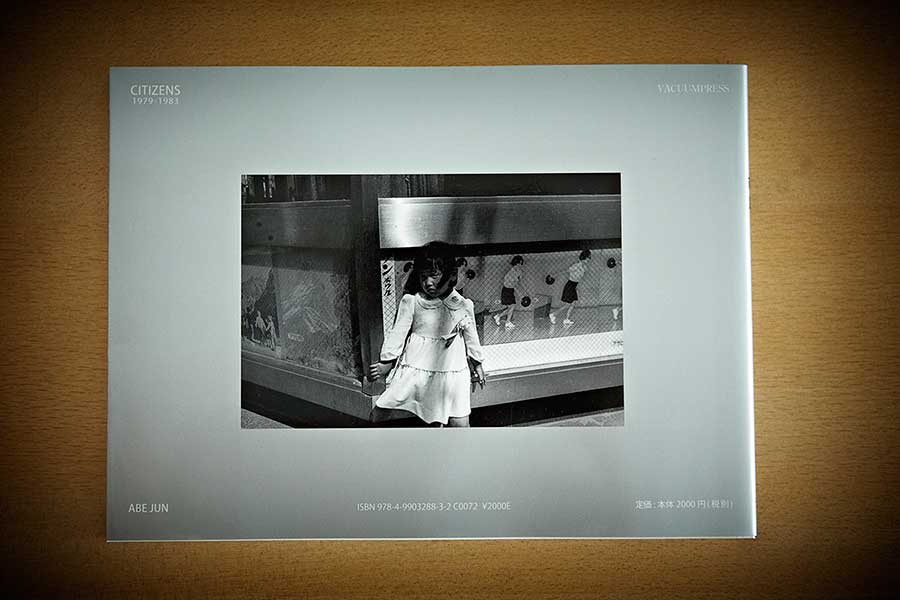 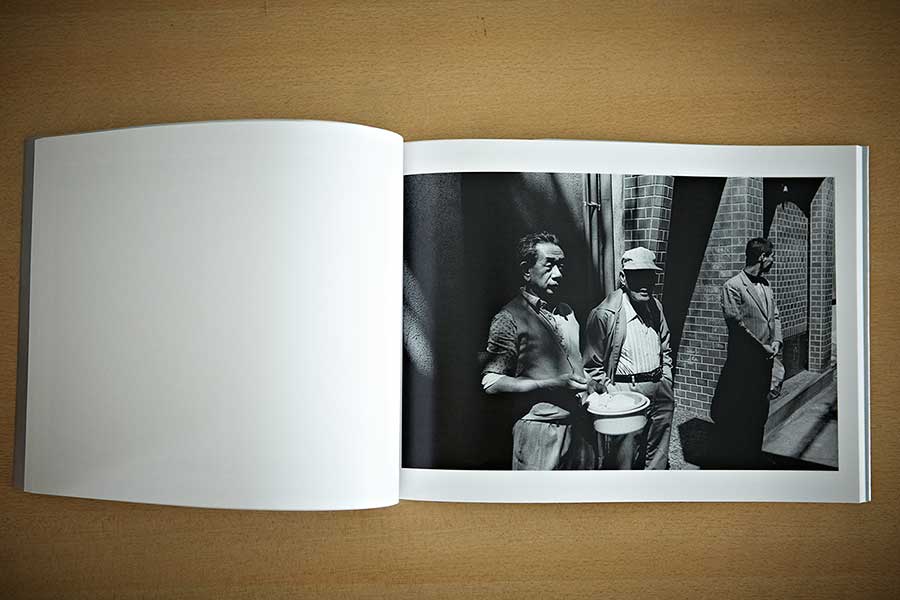 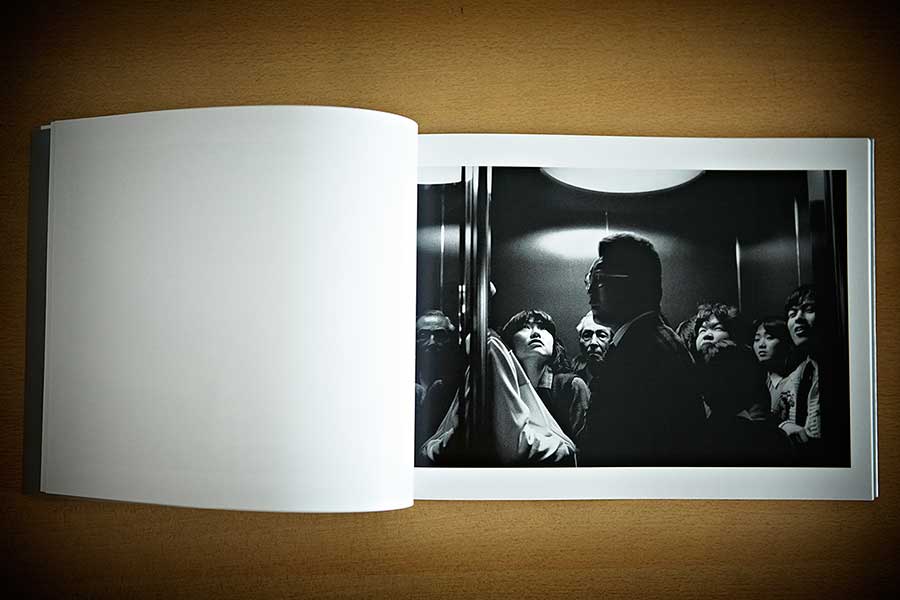