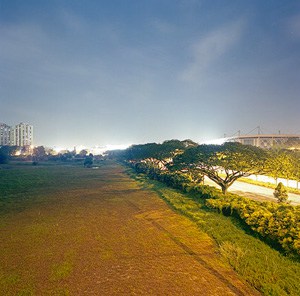 Exactly a year ago on this night, the last KTM train to ever depart Tanjong Pagar Railway Station roared out of the station – piloted by Sultan Iskandar Ismail of Johor. Plying roughly the same route since colonial times, the train finally left Singapore – for good.

With that, a chapter closed on the transport history of Singapore and Malaysia, and another opened on renewed bilateral ties between the two countries.

What many Singaporeans were more interested in however, was what was to become of the railway land vacated by the KTM, now affectionately known as the Railway Corridor.

Some favoured the development of the land; in fact, many expected the pragmatic Singaporean government to do no less.

Many others were insistent that the land be kept as a “green” corridor, running all the way from Tanjong Pagar to Woodlands, where people could use for outdoor recreational activity.

One thing was certain – the land would be transformed, firstly with the removal of tracks, the widening of roads where railway crossings had previously existed, and then development in some areas.

One year ago, over the course of two months, I documented the last train to depart Singapore every night for Malaysia at different vantage points along the railway tracks. I ended up with a set of images that showed how the railway had shaped the landscape in which it ran through, in anticipation of how it may all change once the handover took place on 30th June 2011.

In the two weeks that just past, I revisited most of the sites where I last photographed, if only in a bid to discover how much change had taken place in just one year.

Surprisingly, in many places, the change was so slight one would be hard-pressed to spot the differences, and in fact, so little had changed in some locations that I half expected the SS24 to roar by.

Some other spots were, by contrast, completely unrecognisable.

For sure, the railway corridor will continue to change as the years go by, but it seems surer than ever now that Singaporeans at large will have a say in what happens to the corridor.

Our children may not remember the railway like we do, but hopefully we’ll be able to tell them a thing or two about it with our photographs.