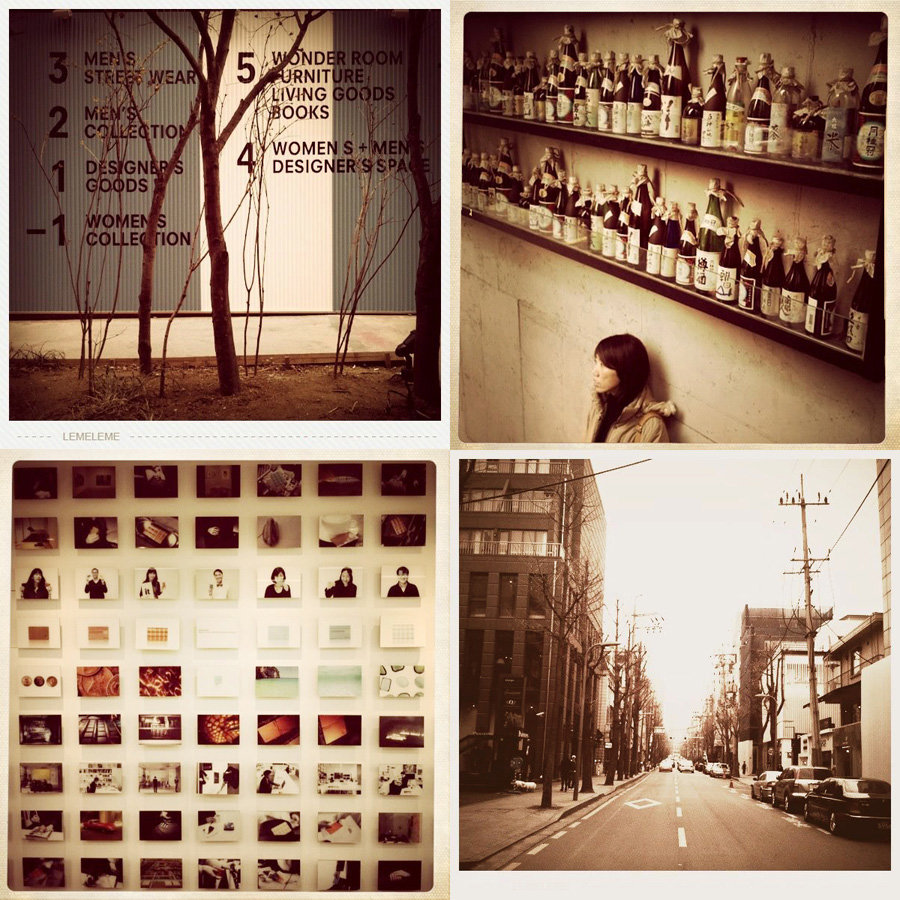 Despite having spent winter in several cities, I have never seen snow. Yet I have always enjoyed wearing a thick winter jacket and feeling the cold winter breeze in my face. Incidentally, my first trip to Seoul coincided with winter. My original plan was of fun and recreation but deadlines were pending and photographs had to be taken. Hence, I ended up writing this article in my hotel room on my last night of stay.

Before my trip, I was caught in a familiar dilemma. What camera should I bring? A compact or a DSLR? Film or digital? Or should I borrow my friend’s Polariod? After two days of consideration, my final decision: the iPhone.

I have no lack of photographer friends and they generally belong to two schools of thought. Some emphasized on the aesthetics while the rest focused on the camera and technical capabilities. That said, there are those who negotiated both camps very well. I am the first type. Even though photography is my profession, I pay little attention to the latest camera models. While I am aware of the capabilities of my own camera, I profess ignorance to those of new models. Nevertheless, friends have consulted me on purchase recommendations. Some even spending thousands on their very first camera.

I believe that equipment is secondary in the creation of a good photograph. The criteria remain the photographer. How to compose, when to capture the moment, and how to edit are far more crucial.

Confucius taught his student, “One must sharpen his tools before he can perform the task well.” While this answer pertains to character cultivation, it remains highly relevant. If the photographer can master himself and the camera in his hands then there can be no fear of incompetence. Never be held hostage by the camera.

Reflections by Bob Lee
After being a photojournalist for over a decade, Bob reflects on the rhythm of life and how it inter-twines with his personal photography. Reflections is a weekly column called Appreciating Life originally published every Thursday in LianHe Zaobao, a Chinese language Daily in Singapore. English translations by Sebastian Song.

Q&A with Webbs & Chickey Part 5: Knowing when a Project ends
Portraits from Singapore with Love
An Inside Look at Photo Book Publishing with Tay Kay Chin