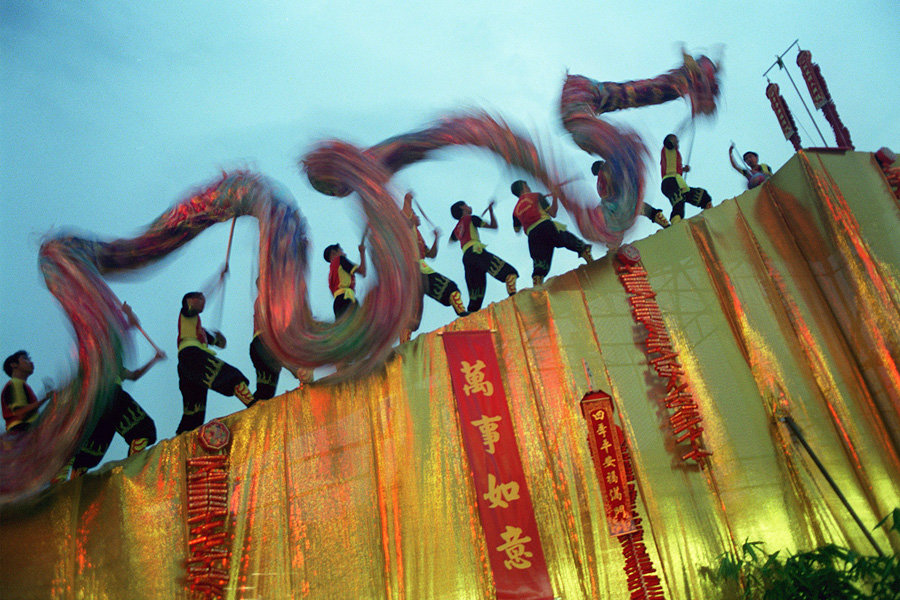 A series of IPA articles where photographers share their First Click, and reflect on the beginnings of their journey and relationship with Photography. For this First Click, Singaporean landscape/documentary (and some say most hardworking) photographer Darren Soh reflects… 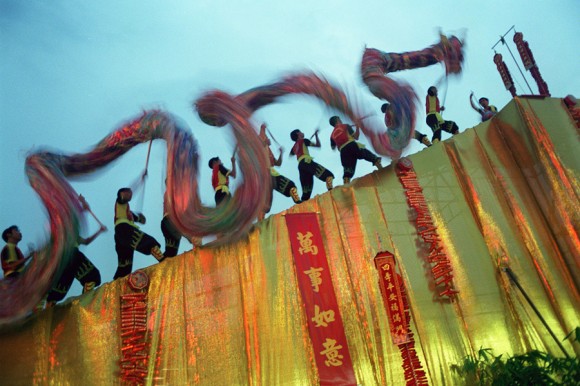 The above picture is possibly my favourite image of all time from very early days at Straits Times – I used this image on my business card for a long while. There was little not to like about the image – there was a sense of mystery as to how come a dragon dance was taking place at an incline, there was movement, it was shot at the magic hour and lastly, it was auspicious too!

As of late, I’ve been getting a number of messages asking me about my choice of photography as a career, how I got into it, and how I’ve managed to sustain doing it all this while.

Rather than answer everyone specifically, I thought I’d pen a note on these matters, and hopefully my rambles would be helpful to anyone who’s considering going into photography full time.

I’ve loved photography for a really really long time, picking up my first camera when I was 9, and then my first “serious” camera, a Nikon FG that I loaned (ok, stole) from my father when I was 14, so I guess you can say I’ve been making images somewhat seriously for the last 22 years.

Why does this matter? You may ask.

Nobody becomes a photographer because they “have no choice”.

I’ve said this many times at the different talks I’ve been honoured to give over the years and the fact of the matter is this – there are numerous career choices out there that would be more fulfilling financially by far, many of them easier to undertake than a craft in photography.

If you aren’t 200% sure that you LOVE making images, don’t even consider photography as a career. You will end up resentful, upset and worst of all, falling out of love with photography.

From the age of 21, I was very sure I wanted to do nothing else besides make images for a living. At that point in time, the only problem was the “for a living” bit, which is the bit many of you are interested in as well I’m sure.

I’m not going to mince my words here. I started doing freelance photography while still in university and three years after I graduated, I was still broke.

This was not the milder “too broke to save any money, living from cheque to cheque broke” but rather the more serious “owed my loved ones money, not sure when I’d ever be able to pay them back broke”.

Eventually, through the help of many kind souls in the industry who believed in me and my work, I was able to build a portfolio and a stable of regular clients. From there, I developed a niche in working with architecture and landscape, which really is still a fairly recent development in my career.Here are some of my personal (and very subjective) views of going into photography as a career. Other photographers may agree with me or completely dismiss what I am about to say as utter rubbish, but this has worked for me, and it may for you too.

1. When I started out, I had a fairly simple goal – to make a living from photography. If that meant I had to shoot at social events and ribbon-cutting ceremonies, so be it. I shot everything that would pay. Remember, the goal was to make enough money to keep going at it.

2. I never stopped shooting personal work for myself. This may be debatable to some, but personal work kept me going. Many times when I thought I was going to give up trying to make a living from photography, it was always doing the personal work that kept me from sinking below the surface. It was also doing personal projects that allowed me to develop and grow as a photographer, not going from one paid assignment to another.

3. I was very very very sure there was nothing else I wanted to do. I could not imagine myself in an office stuck behind the desk in front of a computer (though ironically that is what I do ALOT these days because of digital photography) and I knew no other job that would allow me to be out and about, mostly happy and meeting all sorts of different people on a day-to-day basis.

4. It took awhile – but I learnt the hard way that for photography to be a viable business, I needed to treat it AS A BUSINESS. Yes I may enjoy doing it but at the end of the day, I needed to charge rates that were fair TO MYSELF, to learn to calculate costs and revenues, profits and losses. Too many photographers think that because photography is something they love, the money part can be secondary and will take care of itself. Trust me, it doesn’t.

5. I also learnt over the years that I needed to be my own harshest critic. If you are constantly telling yourself that the work that you are currently doing is great or even “good enough” you are going to shortchange yourself in the long run and stagnate. Before long, that hipster teenager with the lomo is going to get ahead of you and take your clients from under your feet.

6. Lastly, never ever lose a sense of wonder about the world around you.

Garry Winogrand, one of my biggest idols in photography, once said that he “photographed to see what the world looked like photographed”. This seemingly banal and cryptic comment is actually really straightforward – if you stop wondering what your next photograph is going to look like, or if it becomes ‘just another job’, it really is time to find another job, because someone else is going to overtake you in your photography.

Darren Soh trained as a sociologist and once contemplated full time academia but realised he much prefers creating photographs than writing about them. He now juggles commissioned Landscape and Architectural Photography with personal documentary projects in Singapore and Asia. In 2009, Darren was selected by Photo District News (PDN) Magazine to be one of PDN’s 30 New and Emerging Photographers to watch.

IPA PHOTO 360: ‘Be your own Agency. Brand Yourself.’
Reading Singapore: 3 Photobooks and a Comic
20 Instagrams from Asia to Follow