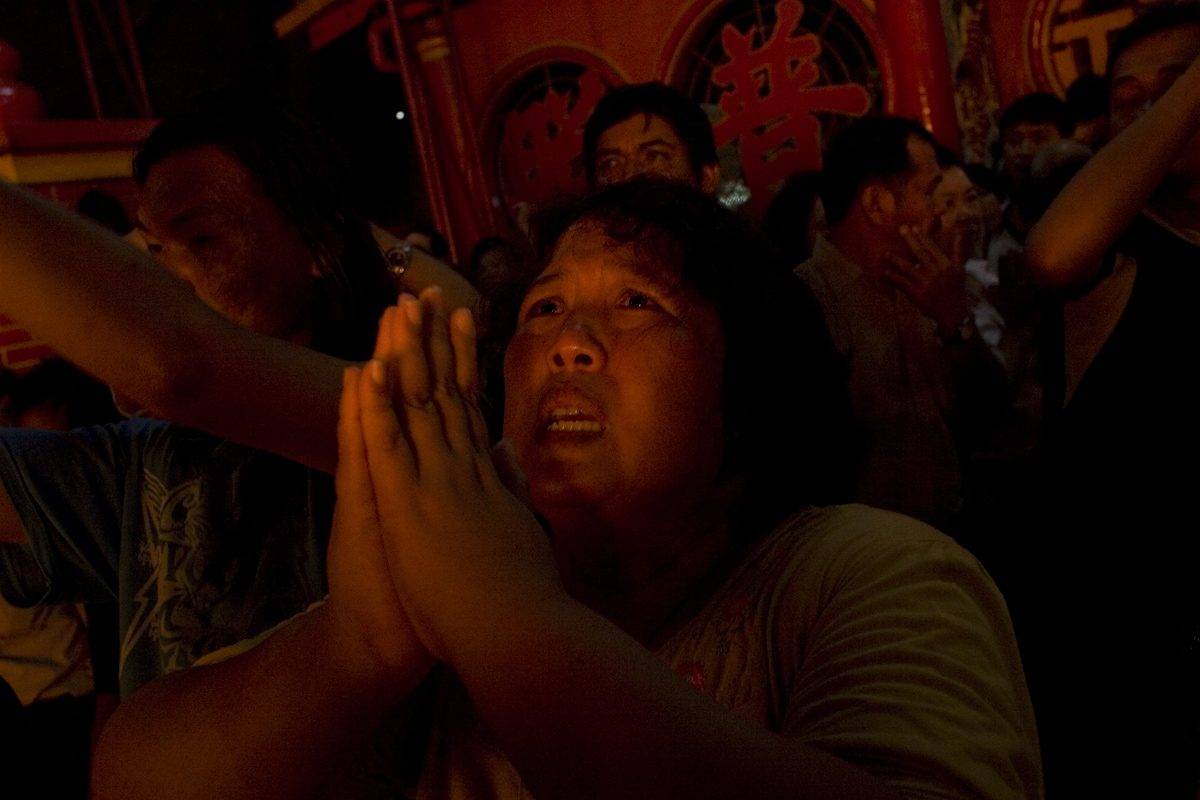 Even though I’m not a Chinatown boy, I spend a fair bit of time in this historical district of Singapore, drawn in part by the offer of good and cheap food. It is also less contrived – more freewheeling – than some of the newer estates.

You can still sense the contestations and accommodations made between an older way-of-life with the promises of urbanization. Into the mix you add the arrival of new Chinese migrants and the story of Singapore’s Chinatown becomes immensely fascinating. In a way, this seems to be the common narrative of the Chinatowns in Southeast Asia.

Towards the end of 2007, I was invited by the Chinese Heritage Centre to photograph the Chinatowns of Southeast Asia in the age of globalization. This is in line with my long-term interest in the Chinese communities of the region. Honestly, photography is not the most ideal medium for this commission, because the topic is of great complexity, and that the historical scars of these Chinatowns differ amongst themselves. My greatest fear is that, without contextual info, the work will be reduced into an overview of strange rituals and exotic food. However, the human stories that
emerged during the work quickly became the entry-points of the project.

I remember Madam Lim, a second-generation Jakarta resident and an avid fan of the Beijing Olympics, who talked of her anger with the China government for not doing anything when the Indonesian Chinese were targeted during the ’98 riots. The justification was that people like Lim are “indigenous”, and not Chinese. In Phnom Penh, local-born Chinese journalist Huang Ping told me stories of Cambodian Chinese who gave up everything to fight for the Vietcong during the American War. Ironically, they were the first to be purged after reunification. These encounters became the highlights of the project.

As I travelled through the region, I felt like a sojourner engaged in a roleplaying game first started by my grandfather. Obviously, he left home for very different reasons. If not for the Japanese blockage of Xiamen, my grandfather would have gone to Manila, home to an old community of Quanzhou migrants from Fujian Province. I would have been brought up as a Tsinoy – speaking Tagalog, English and possibly very little Mandarin. Instead, my grandfather found himself in Singapore a few months before the start of WWII. It was then one of the cheapest places to go as a migrant. As such, it became a haven for the prosecuted. It was in no way comparable to Manila, which was then under American rule. But he didn’t have a choice. Neither did he have the benefit of hindsight. More often than not, the lives of the Chinese in Southeast Asia have been determined by circumstances beyond their control.