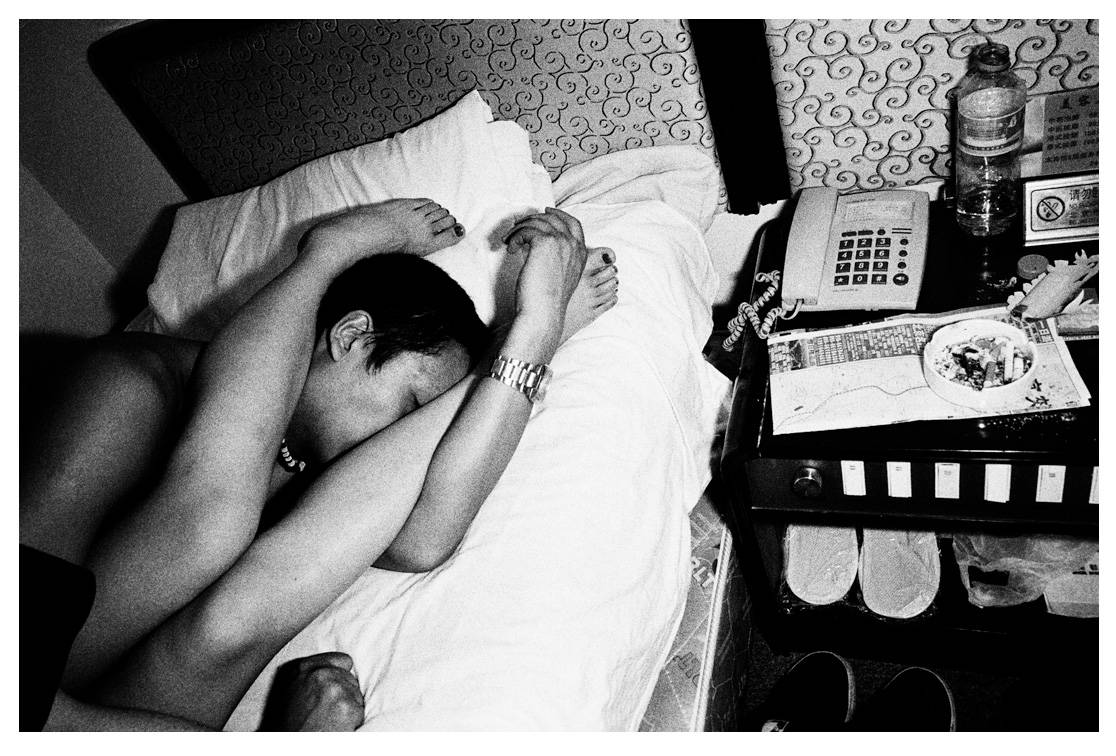 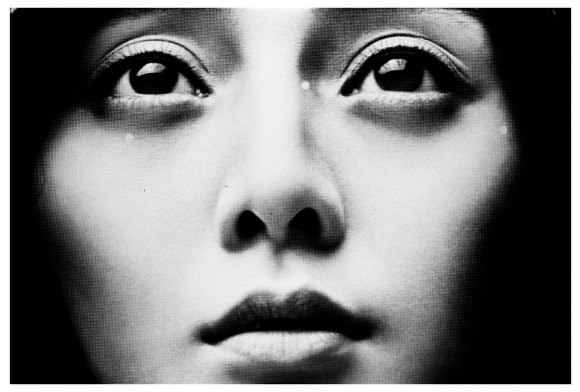 We recently featured Rian Dundon’s photographs of  Changsha, China. Here’s a short Q&A exchange we had with him.

Were you taking pictures before you moved to Changsha as an English teacher or did the city spur your interest?

I was. I moved to China to make pictures. Teaching was just a job, and a way in.

We read this quote from you – “not this kind of post-colonial, white guy goes to China” pictures. Can you elaborate?

Sure. I’m talking about avoiding the usual hierarchy of the traveling western photographer who descends into foreign lands in search of the exotic or shocking. Even the concept of “documentation” as you phrase it was to be avoided. I wasn’t concerned with making images that fit into any popular imagination of what China looks like. Or preconceived narrative. I’m really just working from the personal side of things––organic, atmospheric picture making gleaned from interpersonal relationships and experience––while trusting that the images will be accessible for broader interpretation later.

Was being a foreigner a benefit or a barrier when it came to access and photographing your subjects?

Both. Language is always a barrier. And getting past the superficial courtesies. But often it was a conversation starter––people were interested in me––and made it easier to make friends and get things going. I don’t think nationality need be a barrier when your approach is based on transparency and respect. 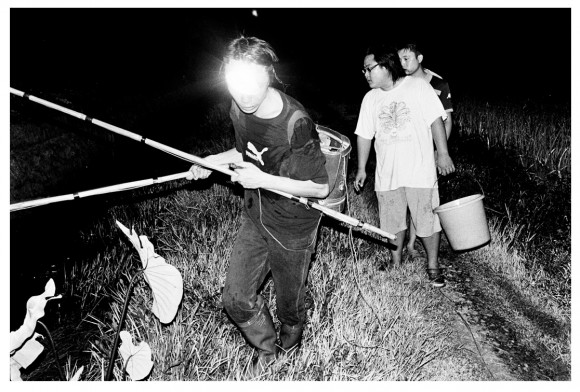 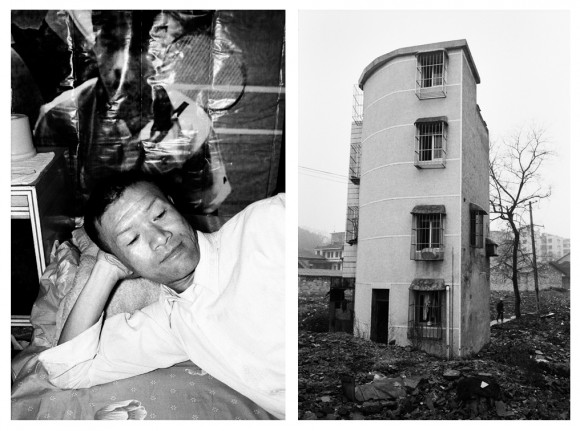 Was your choice to use film a decision based on aesthetics or circumstance? 6 years is a long time, what was your workflow and archiving process?

I’m old enough to have learned photography in the darkroom. For me, this is still my default system for making pictures and will be as long film is affordable and chemicals remain cheap. My archive/workflow is much the same as ever––shoot film, hand process and print, edit from prints, scan negs for publication.

Were you photographing with the intention of publishing book, or was this an afterthought?

It was always a book. I’ve been making dummies and self-publishing small runs at various stages of the project since 2007. The form of our output always informs the way we make pictures, so I don’t think publishing a photo book can be an afterthought. Sure you can have a compilation or retrospective published in book form at a later time. But this is something entirely different.

Tell us about your experience with crowd-funding your project, working with Emphas.is. And is it a model you’d recommend?

Emphas.is is run by a group of highly dedicated people working to get new photography paid for and seen. Emphas.is’s publishing arm is brand new (mine was only their third title) and will need time to sort out some details. But on the production end I think what they are doing is quite revolutionary. They’ve found a way to make photo book publishing pay for itself. That alone is huge.

Crowd-funding was a good experience. It certainly got the job done, though its hard to see how sustainable a source of funding it can be for a single artist. To quote B. Ruby Rich, crowd-funding campaigns often smack of a certain “entitled desperation”. With books you are actually selling a product, so it feels less like charity, but nonetheless it would be difficult for me to run another crowd-funding campaign for my next project. My network is taxed. Also, with books, people want to hold it in their hands before they hand over $50. Its a bit of a conundrum––how do you sell an analog, tactile experience over the Internet?

Changsha is a personal narrative – tell us about your editing and sequencing process – e.g. Did you work on your own or with an editor?

I have a small but trusted group of peers who help me edit. Maybe two or three people who know what I want. But I also shared the work at various stages to a larger group of journalists, China scholars, filmmakers and photographers for feedback. At the editing/sequencing/writing stages it was a running dialogue between me and a number of advisers. Time helps with distance, so the fact that this was taking place over a number of years definitely helped me with perspective. But undoubtedly I will have a different take on the work after a few years. Pictures always change and get better with age, but keeping up with editing helps to inform our next projects too. 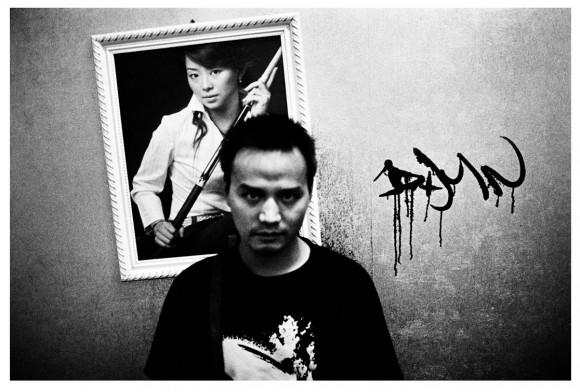 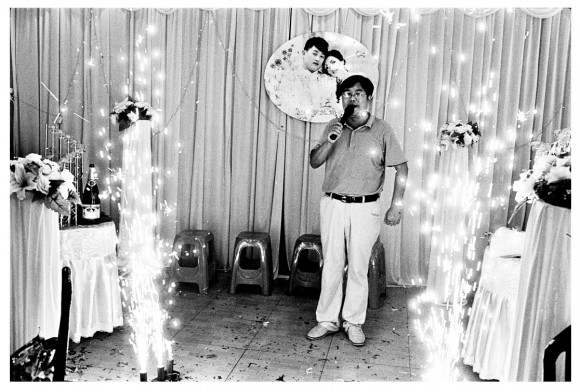 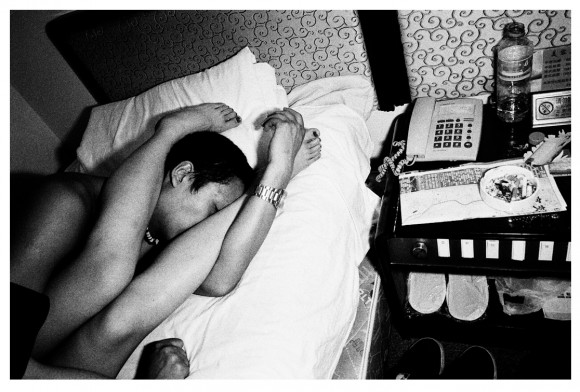 How many pictures did you amass and what was the process culling the edit down to what fills the book?

This book was culled from well over 1,000 rolls of film…so 40-50,000 images roughly. The process of cutting that down to the 146 pictures you see in the book was ongoing and constant over the six years that I was actually shooting the project. In the end I made a large stack of cheap 13×19 inkjet prints and did my final edit and sequence from that. At some point you have to be decisive, and trust that you know best what pictures should be in or out. That as the artist you know what you want to say.

How involved were you in the design and printing process of the book?

I designed the book myself (with limited consulting from some outside graphics people). Printing was overseen in Italy by Emphas.is’s excellent publishing director Walter Tjantelé. Our printer, EBS Editoriale, did an incredible job.

Give us some insight on your book editions – How fruitful is it releasing a limited Edition?

Financing for the book’s printing came entirely from pre-sales of both the limited edition, which includes a small, handmade print, and the standard edition. My crowd-funding campaign only covered the book’s production and distribution. The actual work––the content––was made possible from a number of sources and revenue streams over the years. Fruitful? I don’t know if any photo book of this kind can make a whole lot of money for the artist, but having the project completed and available in its intended form is important.

I have another book project ready for publication. It’s also shot in China, but with very different subject matter. And I’m working on the early stages of something new, here in California where I’m living now.

Changsha, by Rian Dundon
Photo Essay: Against All Odds, by Andri Tambunan