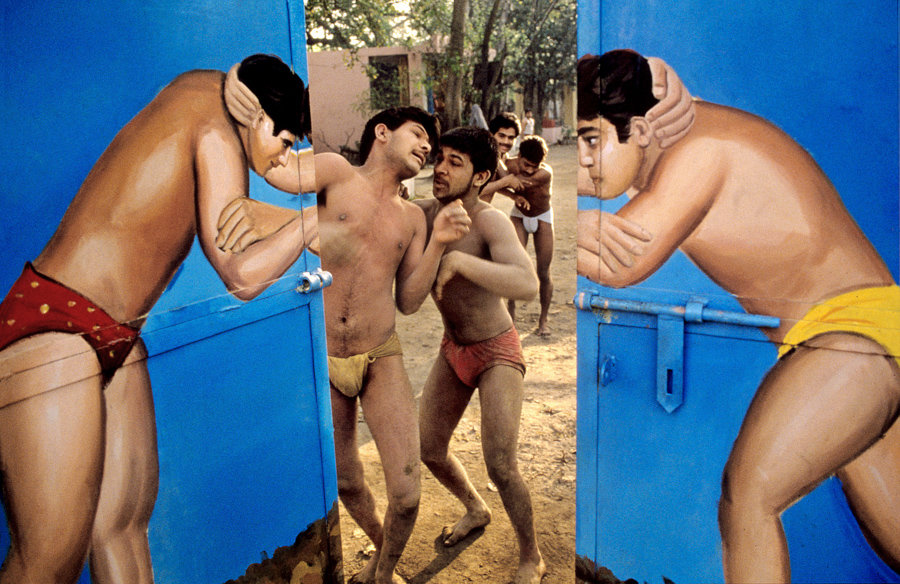 Indian Photographer Raghu Rai is one of those rare photographers who never left home, choosing to focus his lens decisively on his motherland since the early 1960’s, a decision that has seen him document the changing socialscape and history of India over 4 decades, from the Sadhus of Kumbh Mela to Mrs Gandhi and Mother Teresa to the victims of Bhopal.

In our 2012 poll, Raghu Rai was named as one of 2o Most Influential Asian Photographers. Rai is also the only Indian Photographer to join Magnum Photos Agency under the nomination of Henri Cartier-Bresson. In a long and very candid telephone interview, Rai talked to us about Photography, Life, India and his upcoming Kumbh Mela 2013 Masterclass.

Well, you know Life and Nature, they keep changing every minute, every second. And me as a witness, an eternal witness, it’s an ever challenging an affair with life and nature. All the changes, all the magic, all the mystery that keep happening in front of us. I’m here to grab and to capture them. And how much can you capture? Maybe a little… find something of that affair that happens. So you become a restless, passionate soul. Then it never stops.

So you’re saying an endless curiosity in life.

Yes, I’ll say yes. You see in journalism you are expected or invited to be at all the important events and happenings whether they are social or political or cultural. Or natural disasters or whatever. So the experience of going through endless varieties of experiences makes you a very tough and interesting person because it enriches your life as an explorer.

In a 2006 interview with Anit Kaul Basu, you mentioned you left India Today after 10 years because as you quote “Everyone started to feel secure. I knew I had to move.” Tell us more about leaving and the said ‘need for insecurity’?

You see the important part is that we tend to aim for something. Like India Today, I joined them in their formative years when it wasn’t really about whether it was going to be a news magazine or a touristic kind of magazine. And then we changed, and India Today was the first magazine to establish itself as a very important fortnightly news magazine, which was expected. But then what happened is you find that sloth – I and everybody else. And you become comfortable there. And I don’t believe in sloth. Because the fights must go on. So this was basically the reason, and people expected me to produce certain kinds of work, and I don’t believe in any kind of work. I believe in total madness and freshness. That’s the way I want to live. And I’m not here to serve certain levels of sensitivity and requirements. 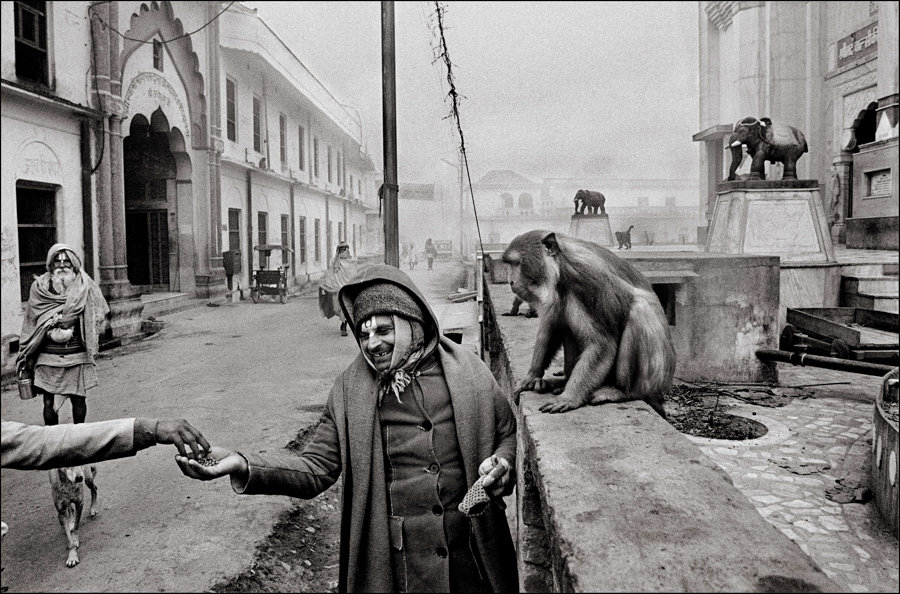 In the same interview, you mentioned “There are a lot of photographers now who have been greatly influenced by the Western style and which they have woefully inflicted on Indian situations. It upsets me a great deal. It reveals the shallowness of their creativity.” Can you elaborate?

You see what is happening is trends and styles come and go in every field it applies, especially in creativity. And to get recognized and get counted, people start to do the other kinds of work that is being done everywhere else so that they are one of the contemporaries and one of the cool guys who know what is contemporary today. And sometimes, very stylized work are being done by some photographers. Lee Friedlander’s work was very stylized and special but then I thought his work was born out of his personal needs and the kind of life he was leading there. Similarly many other photographers, Bresson or you can take anybody else, the photographers start copying and following that style. And when you inflict that style, you can get popular pictures, acceptable pictures, but this is something which must be born out of your personal purge and experience, that you want to convey something specific in your way.

And in any case, styles come and disappear. I don’t believe in styles. I believe in simple, direct, honest understanding – to capture it with total truth and integrity so that it stays alive for itself forever. Because, styles again, there are people that say ‘Yeah, that was good style that was’. (Laughs)

And that’s a trend in India?

Yes, yes, oh yes. It’s a lot you see, basically Photography is a Western medium you know. And it was the cameras that were invented in Europe, and then photography came to India along with the style of photography by the British photographers in India. And more so now, when there are so many influences from magazines in the world and big galleries.

So you know, it’s good to be trendy and in with the thing, but that’s the kind of attitude of people who are not born of the arts.

Do you look at the photographs of your contemporary peers and those outside of India?

Sometimes. Like last year I was in Paris, and Sebastiao Salgado being an old friend I rang him up, and he says “Raghu, you must come to my studio. I want to show you what I’m doing these days.” So he explained to me the whole process on how he was using digital and then selecting pictures then putting grain. “See the quality I get” and “This is my new work.” And then he said something very beautiful. He said “You like the work?” I said “Sebastiiao, absolutely fantastic.” So he says “I think I’m standing on the threshold of heavens.” I said “No, you’ve entered the heavenly space, that’s why you’re creating such beautiful work.” So you know, that level is different altogether. And your creativity into my creativity is multiplication in our space.

Speaking of Salgado, he mentioned once that while Bresson shoots the decisive moment, he shoots around it. Do you subscribe to the concept of “The Decisive Moment”?

Yes, of course. Well you see, The Decisive Moment – that’s his language, his vocabulary and that’s how he captures his great pictures. But then around it also, so much is happening. So you know, basically the younger generation extract with a Decisive Moment. There can be many decisive moments taking shape and disappearing simultaneously. And also you see, very frankly, Bresson has been, of course a great human being and also a great photographer. And what he did was he left so many directions for all of us to go into. But when you look at bulk of his work, his canvas was comparatively smaller than what people are handling today. And there is more fluidity and magic about it. But definitely he was the guy who created reference points for us to go on. If he wasn’t there, we wouldn’t be there.

With your long history as a photographer, do you still get surprised with photographs, whether yours or someone else’s?

Without surprise, life is no fun. I mean It all works sometimes you look at your own work and say “Oh my God, when did this happen?” (Laughs) Sometimes things happen beyond your planning and anticipation, and these moments, they are the surprises that enrich anyone’s lives.

Okay, let’s move on to publishing, you’re quite the prolific book producer. Tell us about your thoughts on producing photo books.

Well, I think whether you’re working for a news magazine or a feature magazine or National Geography or anybody, they have their own editor’s needs and attitudes. If you spend 3 months or 4 working on a subject for a publication, only so much can go inside a magazine. But when you are doing a book on the subject, you are the editor, you are the designer, and you’re on your own journey as to the way it happens and how you complete the story. Doing a book is a very fulfilling and enriching experience. And that’s why I think I’ve done more books than anybody else in the world. (Laughs)

And luckily, I’m not the kind who will go to a publisher to get an advance or a time contract. I do my projects when the book is ready and I show it to the publisher who I think will be happy to do it, and they do it. 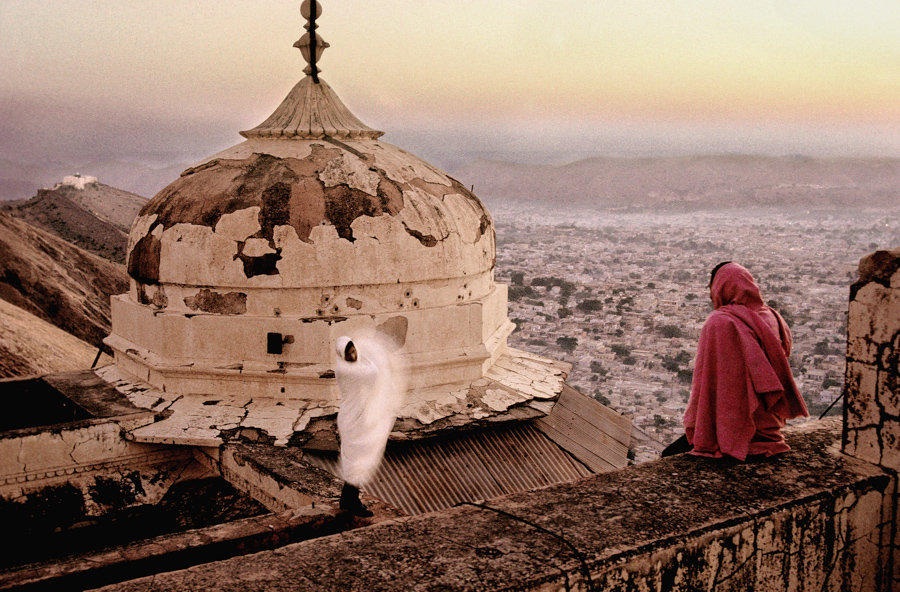 So do you photograph with intentions of publishing a book, or is that an afterthought?

Sometimes, I have done that. But now, after 45 years in photography, and thanks to digital technology, I’m getting all my work digitized. And there’s so much work that is unpublished and unprinted. When I’m going through the negatives and slides so many stories are taking shape. And now, I can go and shoot some more and complete the stories. Like, I didn’t know I had such a passion for trees. And I discovered that I had such fantastic moments you know, photographs of trees all over the country. And I’ve compiled a book which is heading to the printers very soon. Similarly monsoons and clouds, similarly on the Gandhis in India ruling this country.

I mean a variety of things are happening so now it’s not that I decide to do a book. (Laughs) I have so much work, bodies of work lying on any subject that whatever compels me to give it a shape, I choose that.

Just now I’ve come back from a session at the Congress ruling party with Sonia Gandhi and Manmohan Singh. They were having a brainstorming session on why things are going wrong with the party and the governance. So after twelve years, I went to their Congress session to see because I’ve got so much work done over the years that can be converted to a big book.

So the subject itself dictates me.

So do you edit your own work or do you work with an editor?

No, no, I edit my own work. I design my own book. And even have them printed in front of my own eyes.

You design your books yourself?