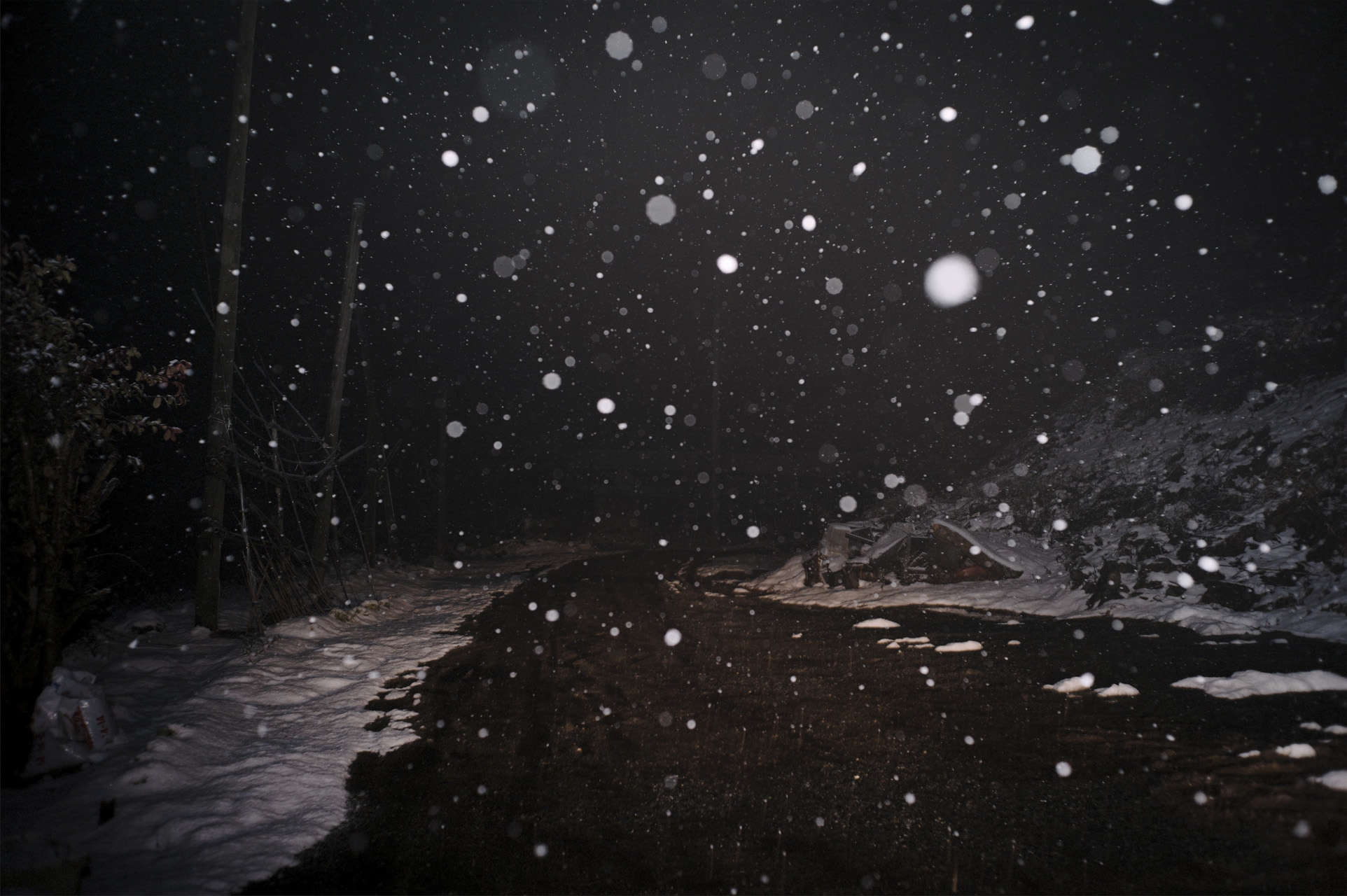 It has passed almost two years since the Fukushima disaster.

Cherry blossoms in full bloom on river banks captured but no one to share its beauty with.

A clock on the wall of Ukedo Elementary School has stopped ticking at the acute moment the tsunami destroyed Tohoku area.

Decontamination of high radiation still has not begun in most areas in Fukushima.

Though the government lifted no-entry zone designation (no-entry zone = 20 km evacuation zone surrounding the Fukushima Daiichi Nuclear Power Station) this summer (2012), residents were not allowed to return home. Those displaced living in provisional housing kept saying that they need Fukushima they once had.

Isao Monma, one of such farmers, kept saying, “I do not care about radiation. I just want go home. I miss my home, hills, life at Tsushima.”

He finally died in temporary housing.

Not many Japanese know how displaced people in Fukushima live and feel.

FUKUSHIMA × フクシマ × 福島 by Soichiro Koriyama has been published as a Photo Book and is available on Amazon: http://www.amazon.co.jp