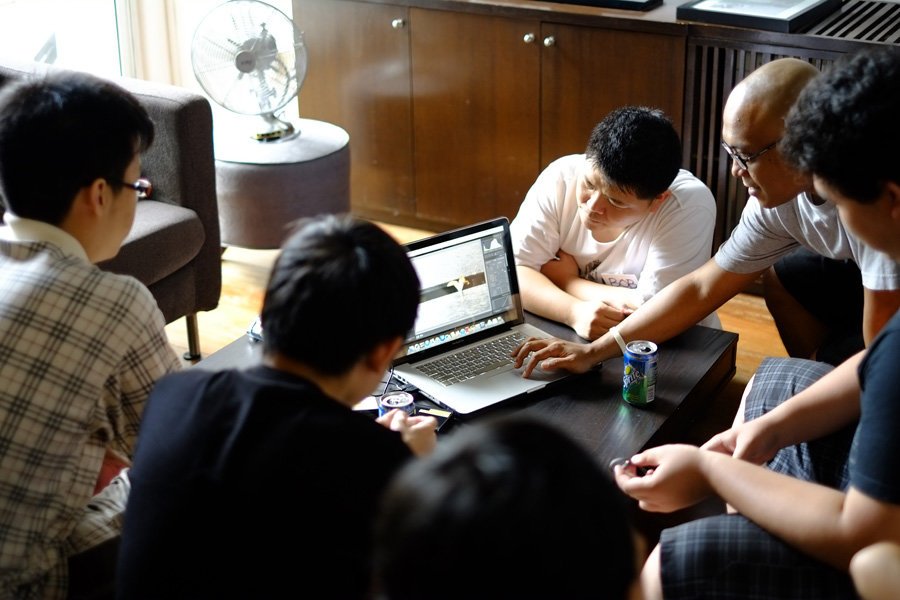 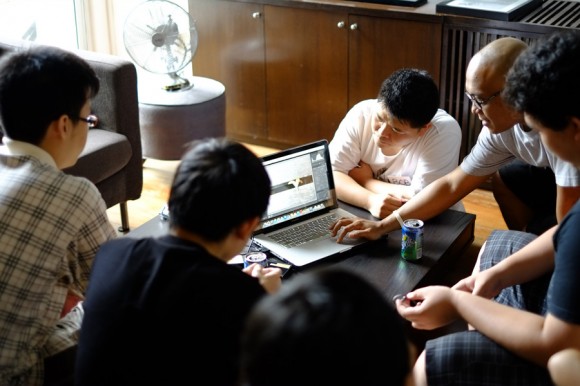 I first got involved with Photovoice SG when they were in the midst of organising their first workshop, Spectrum Through The Lens, where I came onboard as a mentor photographer. During the briefing, I learnt more about the goals they wanted to achieve and that we would be teaching photography to children on the autism spectrum.

My first reaction was that it was not going to be an easy task. I’ve had my own experience dealing with autism in my family (I had a cousin, who is now deceased, who was on the extreme level. He was unable to converse, communicate effectively nor was he able to enjoy a normal life like his siblings). So I looked up literature on autism and educated myself about their tendencies and the behavioral patterns in children in hopes that it would better prepare me to understand them and to not have uninformed, preconceived notions.

For the duration of the 8-week workshop, I was paired up with photojournalist, Bob Lee, who had a unique understanding and an unfailing compassion, which helped the group of boys we taught immensely, in understanding the basics. Together, we customized each lesson to help the boys to focus their thoughts and verbalise and then visualise the project they had in mind.

To no surprise, some caught on quickly and began coming up with their own ideas and thoughts about the kind of photographs they liked and immediately latched on to certain elements that helped them share something about themselves with the rest of the class, which was done at the end of every lesson. Personally, I felt that in teaching them photography, we opened up avenues for them to not only communicate with other people but also with their peers with similar condition. I observed that the moment they realised their images could establish a connection with others, they immediately began to discuss their thoughts more openly and some even took part in the critique session. Witnessing them unfold and using their images to communicate their feelings and thoughts made it a worthwhile experience. I quickly realised the power that photography had in allowing individuals on the fringes of society to have a voice, an opinion about their world and most importantly about themselves; not from a documentary perspective per se but more on the level of exploring one’s own relationship to people and things.

Months before Photovoice SG completed its cycle of 4 workshops, the core members approached me once again to ask if I would help curate an exhibition comprising works from all their workshops in 2012-2013. Along with producer, Kee Ya Ting, architect, Lee Ai Lyn, the core members and myself, we began the process of selecting the works that best represented the organisation and in that respect, to present them in a format that helped us fulfill our goals of empowering individuals and communities, engage and educate the public, lastly to support research and community development. 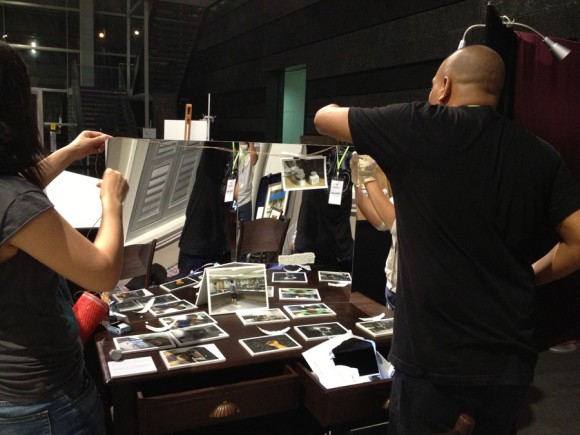 We knew from the start that we wanted it to reflect the personal nature of the journeys that were undertaken by the participants and we had to present them to the public in a manner that is not typical of a photo exhibit. These stories were much more personal and at times tugged at our own heartstrings; therefore we decided to opt for the “personal stories in a personal space” setting, to allow members of the public to approach the works on an even keel; to discover the different stories from the different projects in stages that would not overwhelm the senses and would help them take stock, to reflect on these visual experiences. We collectively wanted to do justice to the voices we have advocated, to help them tell their stories, about their struggles and triumphs through this 3-week exhibition.

Works from Spectrum Through The Lens, Breaking Walls, Seeing Stories, kal-eidos-cope and Picture Positive are all featured in the inaugural annual exhibit which runs till 29th April 2013, along with all the other participants featured in the INTER-VIEWS book, available for S$25/- on-site or through online purchase.

We hope, as a result, that more people come forward to help us bring the medium of visual storytelling to more fringe communities in Singapore, not to speak for them but to help them tell it to society in their own voice. 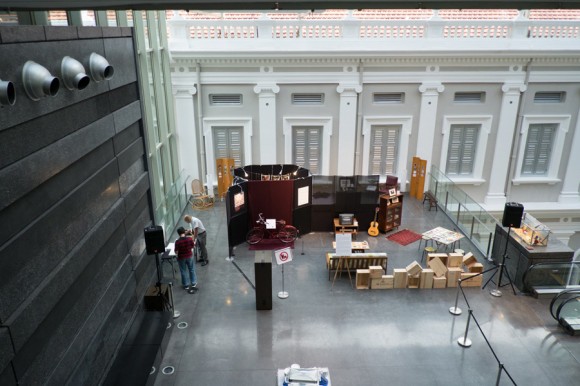 As a working photographer, I realised early on that photography, in and of itself is a self(-ish) endeavour. There’s a side to it that is almost always about the photographer and his skill in making images. When I discovered and collaborated with Photovoice SG, I immediately recognised its potential in being a way we photographers can reach out to communities, especially those on the fringes, to use photography to empower these individuals to utilise this outlet to speak for themselves. I truly believe in what Photovoice SG has done for these 4 communities, I have seen it first hand. It has helped me as an individual, to better understand issues in our society that I may have otherwise not been exposed to.

Social issues are not a zero-sum game as some would think; in the outline that has been drawn from my experience with Photovoice SG, it is a win-win situation. Society in general stands to benefit from engaging different issues, to start talking about things that were once deemed taboo. We can all help build better community support structures by first summoning the courage to do what needs to be done; to face our own fears of the unknown, our collective biases and prejudices.

I hope more photographers, locally and internationally will participate in future workshops, more business owners as well as other members of the public would join Photovoice SG as venue sponsors and volunteers and advocate this seemingly simple concept of participatory photography. Sustain it and help take it to the next level. 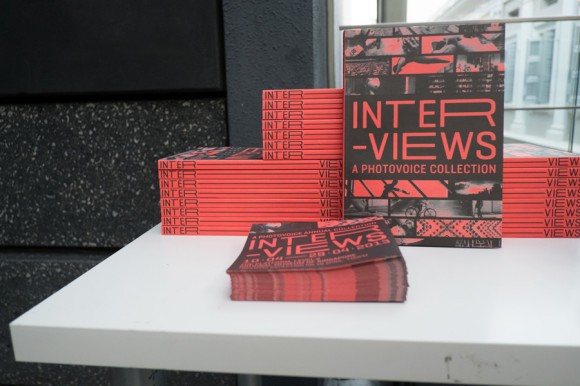 To fully understand and to appreciate the kind of impact the 4 workshops have had, there is no better way than to hear the thoughts of all parties involved. As mentioned in the the foreword by the co-founders of Photovoice SG, it isn’t so much about the photography but the usage of it as a tool, a medium of self-expression, utilised in a way that assists in understanding the underlying narratives behind each participant’s experiences; their attempt at sharing with us, the reader, how they see themselves, their world, their everyday realities.

In its own way, this compilation of images and stories urges readers to think beyond just mere pictures but the thought process and in some cases the courage it took to get over the stigmas, labels and misconceptions by sharing on a deeply personal level; journeys that are often alien to outsiders.

Taken into the right frame of mind with proper context, this compilation is so much more meaningful to the reader that has not had similar experiences and wishes to understand more about what it means to be on the fringes; to be unseen and unheard.

In the cacophony and blinding speed of visuals being shared today, these pieces serve as a reminder of what visual storytelling can do for the storyteller, not just by way of telling a story but to use it as a means of coming to terms with existing conditions and recognising the similarities, the hopes and aspirations we all share despite our differences. This book is a mix of light-heartedness and heavier emotional array that is above anything else, hopeful.

INTER-VIEWS: A Photovoice Collection (172 pages, $25) is a full collection of visual stories from Photovoice SG’s first 4 projects of 2012/2013. It features photovoice stories told in first person by youth on the autism spectrum, the children of ex-inmates, persons who have experienced or are at risk of psychosis and persons living with HIV. The book is available at Artistry Cafe and Objectifs or can be purchased directly here: http://bit.ly/YUWoiQ. Proceeds will go towards funding Photovoice SG’s work with other community groups.

You can also catch a selection of 15 stories at the National Museum of Singapore, Level 2, The Platform from now till 29 April. Free admission, from 10am to 6pm daily.

On Land: Photography and the City-state of Singapore
Chinatowns Of Southeast Asia, by Zhuang Wubin
EPHEMERA Highlight: Spotless, by Philip Ho