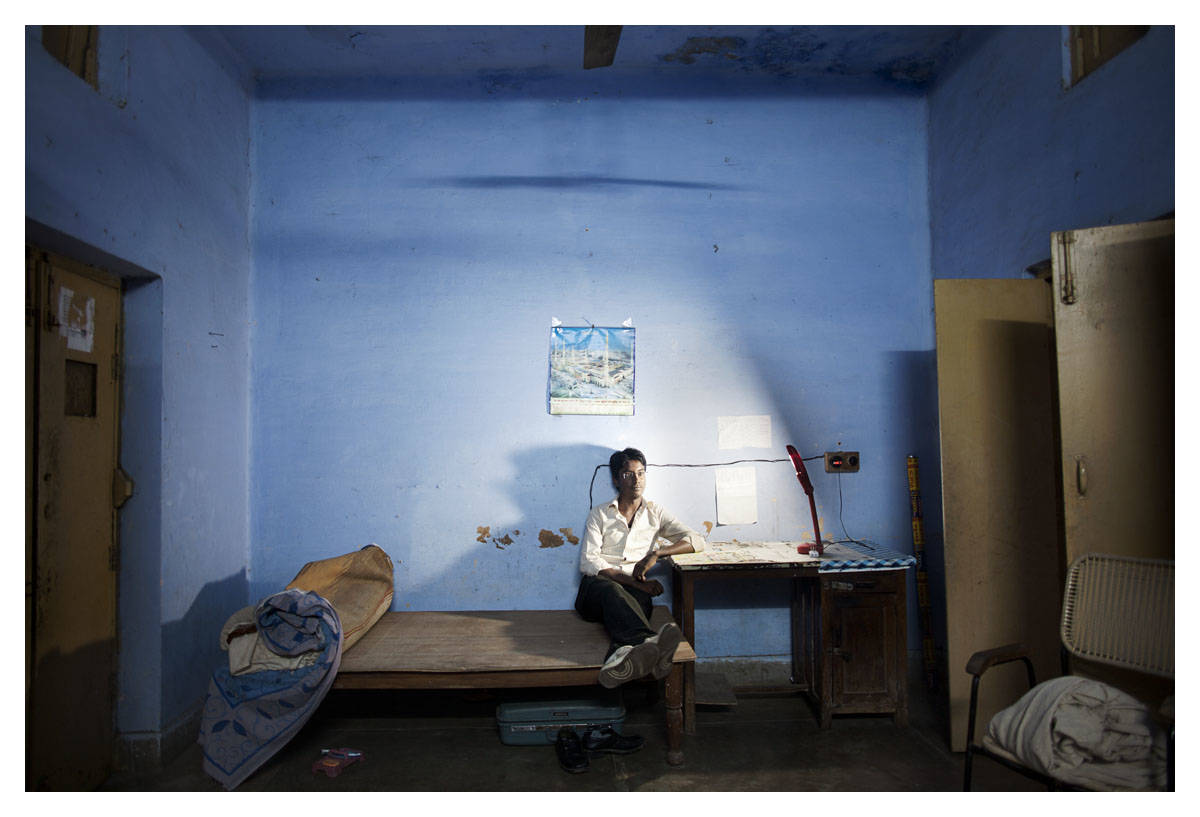 Aligarh represents an anomaly in the regular statistics of smaller Indian populaces. Aligargh Muslim University was established in the year 1875; modelled on the University of Cambridge by Sir Syed Ahmed Khan, who, after the revolution of 1857, felt the need for the westernised education of Muslims in the Indian sub-continent.

Aged mostly between 17 and 25, with the exception of the older, middle aged, PhD students that are here on grants, living with their families, these students (almost 30,000 of them) make, often out of their meagre means, a home out of small campus rooms and dormitories that the university provides at marginal costs.

While the doors to the education provided by A.M.U. are open to those of all castes and creeds, it sees a massive influx (almost 80%) of Muslim students, not just from every corner of India, but also from all across South-East Asia, West Asia and Africa. Students throng here from Thailand, Indonesia, Saudi Arabia, Yemen, Libya, Malaysia and many other countries. They form their own communities and follow their own traditions and cultures, often finding not to their palette the rich Indian food that is served in the dining halls of the hostels, nor find compatibility with local students very easy due to language and social barriers.

These images are the incidental by-product of an attempt at studying the universe that is the Aligarh Muslim University; an attempt at exploring the town, and getting to know the students here; to see how they live and create for themselves the small havens that they end up with. This town has a unique air of solitude and singularity, though it has never dealt with anything but the plural, further marking great individuality within the throngs that study here.